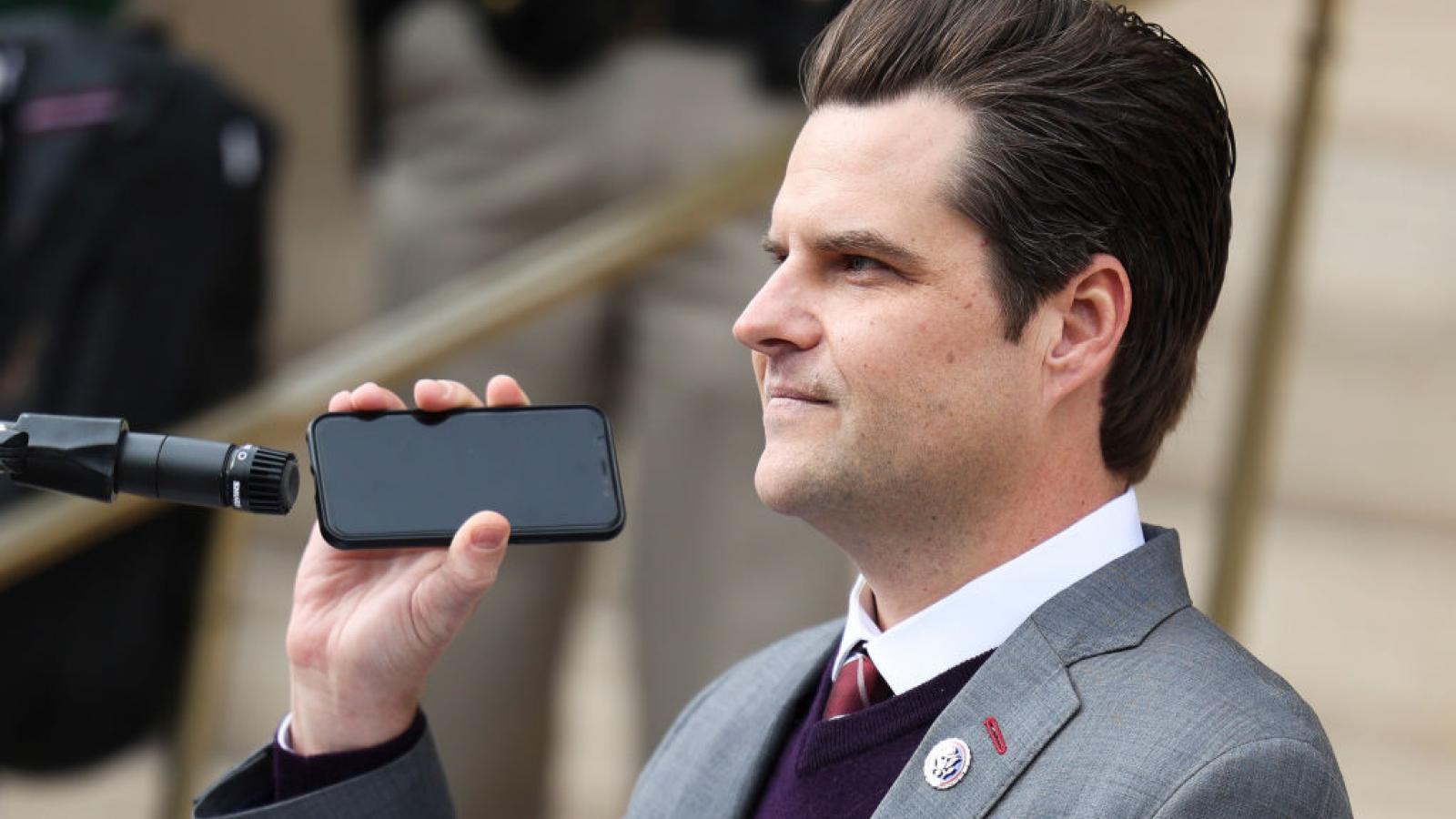 Lawmakers spent time on Thursday debating but ultimately voting down a proposal by Rep. Matt Gaetz for the House Judiciary Committee to open each meeting by reciting the Pledge of Allegiance.

"And I just think it would be nice, if, in the spirit of national unity and national pride, which I know we all aspire to do to a greater extent, that at the beginning of each meeting the chair or one of the designees of the chair would have the opportunity to lead us in the pledge of allegiance," Gaetz said. "We're all aware that in these times it's important for the country to see members of Congress working together on some things and while I know that we can deal with divisive issues in the committee, it would be my hope that we could start every committee with a great, unifying, patriotic moment."

The committee ultimately voted down the proposal with 16 voting for it compared to 21 who voted against it.

House Judiciary Committee Chair Rep. Jerrold Nadler, a New York Democrat, was one of the lawmakers who voted no on the proposal.

"I want to say that I appreciate the sentiments of Mr. Gaetz in offering his amendment. However I would make several observations: First, as has been frequently stated by the members, the pledge is recited every day we are in session on the House floor," he said. He recognized that many lawmakers are not on the floor when that pledge occurs—and also said that many are not present at the start of each Judiciary Committee markup—but stated regarding the pledge on the House floor that "for those who want to recite the pledge, that is the best and most important opportunity to do so."

Nadler said the Florida Republican's amendment had not been pre-filed: "The first time we saw the amendment was after our meeting had begun when the amendment was offered." He said that "in terms of drafting, I would note that as an initial matter that the amendment appears to apply only to the full committee, not to subcommittees, and also applies only to meetings, not hearings. It is not clear to me if that limited scope was intentional or not."

Nadler also said that "the rules can be amended at any time in the future. I would therefore ask that if my friend from Florida is truly interested in developing a bipartisan proposal, that he withdraw his amendment and that I be permitted to discuss this matter with Ranking Member Jordan and others so that this issue could be considered after more thoughtful consideration and discussion."