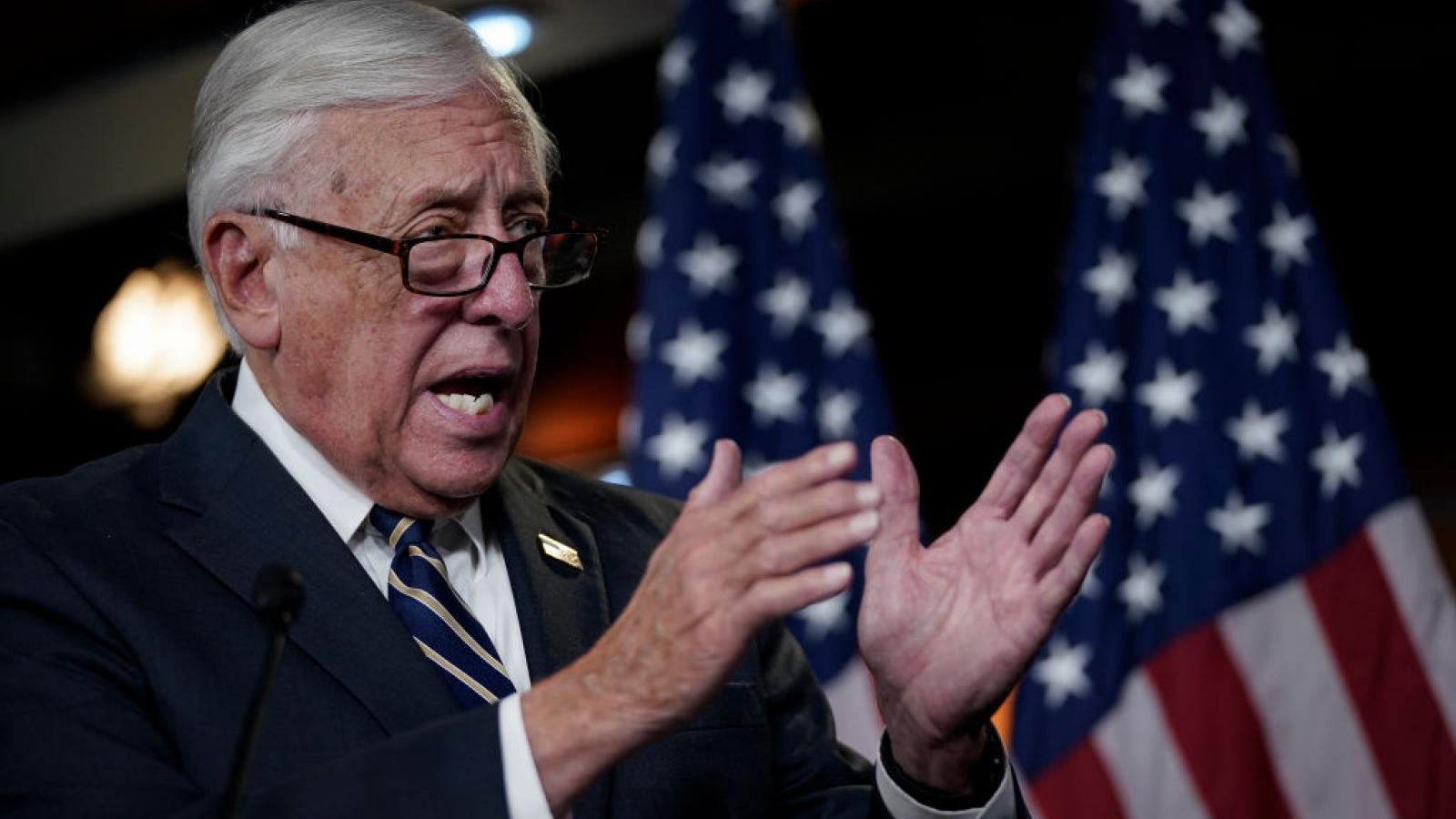 The number two Democrat in the House Steny Hoyer said Tuesday rising inflation is a "concern that we ought not to be ignoring" as the Democrat-led Congress prepares a budget bill that could reach $6 trillion.

The potential $6 trillion price tag was floated by Senate Budget Chairman Bernie Sanders, who is working on a filibuster-proof budget reconciliation bill based on President Biden's $2.25 trillion American Jobs Plan and $1.8 trillion American Families Plan. The White House and a bipartisan group of senators are also drafting physical infrastructure legislation after an agreement to spend $1.2 trillion was reached.

According to the Wall Street Journal, inflation is currently at its highest level in 13 years.

Hoyer was asked during a news conference if he has a message for lawmakers and voters in his district who are worried about inflation rising due to increased government spending in a relatively short period of time.

"I think a legitimate concern is inflation, and we ought to make sure that we are acting within the context of that," the House majority leader said in response to a question from Just the News. "The good news is that we have passed some $5 trillion of spending last year and it did not adversely affect inflation. That does not mean that additional spending may not have an effect.

"Chairman Powell is very concerned because one of the roles of, obviously, the Federal Reserve is to make sure that we keep inflation in check. At this point in time, he has been supportive of some robust investment and, as you know, the president has suggested paying for much of that additional spending, which we did not do in 2020, in dealing with COVID-19; that was all borrowed money."

Sanders said last Thursday that one-time infrastructure programs would likely be paid for with deficit spending while the rest of Biden's families plan, including new social programs such as tuition-free community college, universal pre-K and childcare support, would be funded with tax increases on corporations and individuals in the top income tax bracket. He dismissed concerns related to the speed of inflation.

Hoyer noted that the previous major congressional actions to combat the pandemic, including the $2.2 trillion CARES Act under former President Trump, and the $1.9 trillion American Rescue Plan under Biden, were not paid for with new revenue so the spending added to the national debt.

"Inflation is a concern that we ought not to be ignoring, and we ought to be mindful of, and we ought to act within that context," he said. "The president has proposed paying for much of the spending that he has suggested, albeit paying for it over a period of time. So I think I would say to you and say to all of my colleagues, yes, we ought to keep our eye out and avoid inflationary impetus, but at the same time we need to, as the president has pointed out, make generational investments, transformative investments."

Hoyer predicted that the new taxpayer-funded social programs that Biden is seeking to create won't "adversely affect inflation" in the U.S.

Senate Majority Leader Mitch McConnell has said that Biden's $1.9 trillion American Rescue Plan, signed in mid-March, was not needed after all of the new spending Congress had previously appropriated during the pandemic. He has highlighted inflation and the continuation of a federal unemployment bonus as reasons why the GOP opposed that package.

"The price of everything is going up dramatically," McConnell said. "That is because of too much money being dumped into our country."

Small business owners in various industries across the nation have attributed a labor shortage to a $300 weekly unemployment bonus that was continued through September under the bill.

"We have inflationary issues, and we have difficulty in getting people to do the work to meet the new demand that's out there," McConnell said.