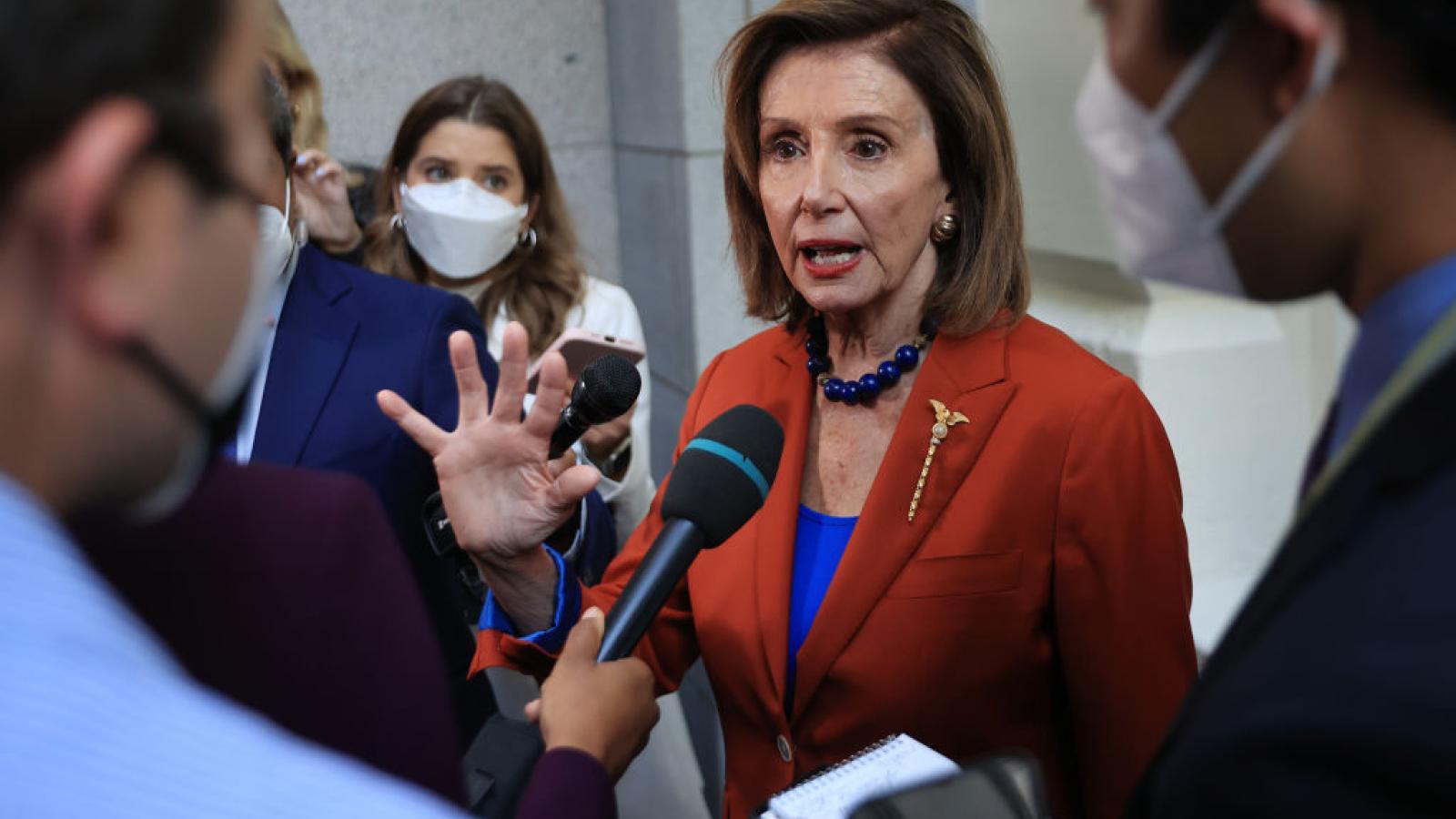 Speaker of the House Nancy Pelosi (D-CA) talks with reporters after departing a House Democratic whip meeting in the basement of the U.S. Capitol
Getty Images
By Colton Salaz

On Wednesday the House passed legislation that would suspend the nation’s debt limit, as the country faces a possible government shutdown.

According to The Hill, the bill passed along party lines for the most part, with 219 in favor, and 212 against. If passed, the federal debt limit would be suspended until Dec. 17, 2022.

Treasury Secretary Janey Yellen warned on Tuesday, that he U.S. is on track to default on its loans, and subsequently run out of money, by Oct. 18. Yellen urged both political parties to come together to help solve this issue by suspending the nation’s debt limit.

“It would be disastrous for the American economy, global financial market, and millions of families and workers whose financial security would be jeopardized by a delay in payments,” she said during a Congressional hearing.

“Even coming very close to the deadline without raising the debt ceiling can undermine the confidence of financial markets in the creditworthiness of the United States,” Yellen said.