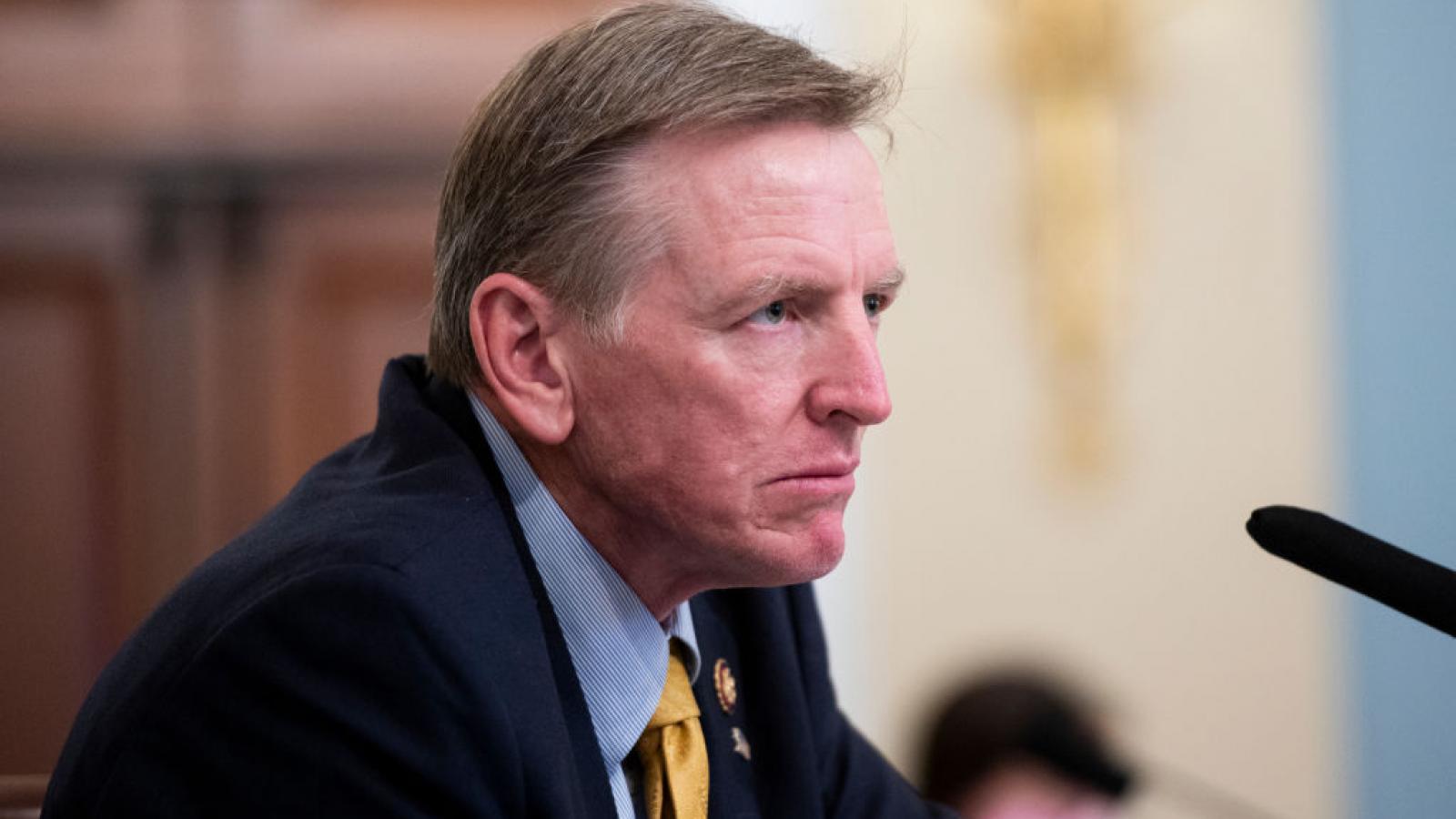 The Democrat-controlled House on Wednesday will vote on a resolution to censure Republican Rep. Paul Gosar and strip him of two of his committee assignments over an online video post.

House Democrats will attempt to remove Gosar from his posts on the Oversight Reform and Natural Resources committees.

The congressman is facing censure because last week he posted a photoshopped anime video to his social media accounts that shows him hitting progressive Democratic Rep. Alexandria Ocasio-Cortez with a sword, as well as attacking an enlarged image of President Joe Biden's head.

Gosar eventually removed the video, though he has not apologized to the New York congresswoman, with whom he sits on the Oversight committee.

House Speaker Nancy Pelosi said she opted to move forward with the censure vote – the most severe form of House punishment – because "We cannot have members joking about murdering each other, as well as threatening the President of the United States." She added that the video had been an "insult to the institution of the House of Representatives."

During a closed-door GOP conference meeting on Tuesday morning, Gosar explained himself to his colleagues, many of whom reportedly received his explanation well. The video was reportedly posted by Gosar staffers.

A censure resolution requires the censured member to stand before the House chamber in a well and hear the resolution read aloud. Charlie Rangel, then-congressman from New York, was the last member to be sentenced in 2010 for multiple ethics violations.