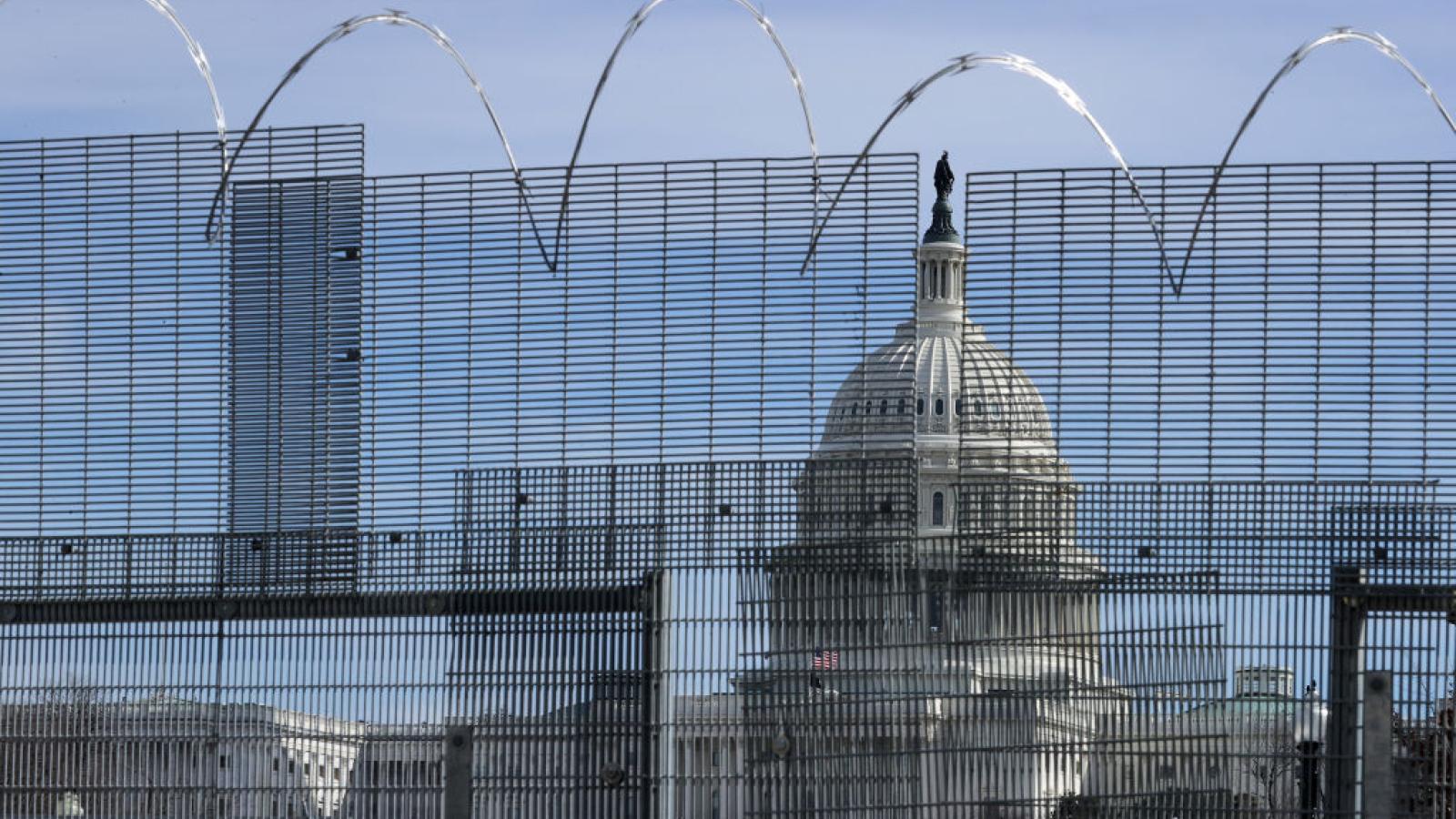 Fencing around the U.S. Capitol
(Chip Somodevilla/Getty)
By Daniel Payne

The outer security fencing around the United States Capitol will come down next week after federal law enforcement failed to find a credible reason for its remaining up, a House of Representatives memo revealed this week.

House of Representatives Acting Sergeant-at-Arms Timothy Blodgett said in a memo to all members of the House that Capitol Hill officials "will begin making alterations to the temporary fencing around the Capitol complex" next week following the conclusion by Capitol police that "there does not exist a known, credible threat against Congress or the Capitol Complex that warrants the temporary security fencing."

The inner fencing surrounding the Capitol "will remain around Capitol Square" even as the outer barrier comes down, Blodgett wrote.

He added that "based on the current threat posture, it is anticipated that the National Guard will begin to reduce its posture at the Capitol in the coming weeks."