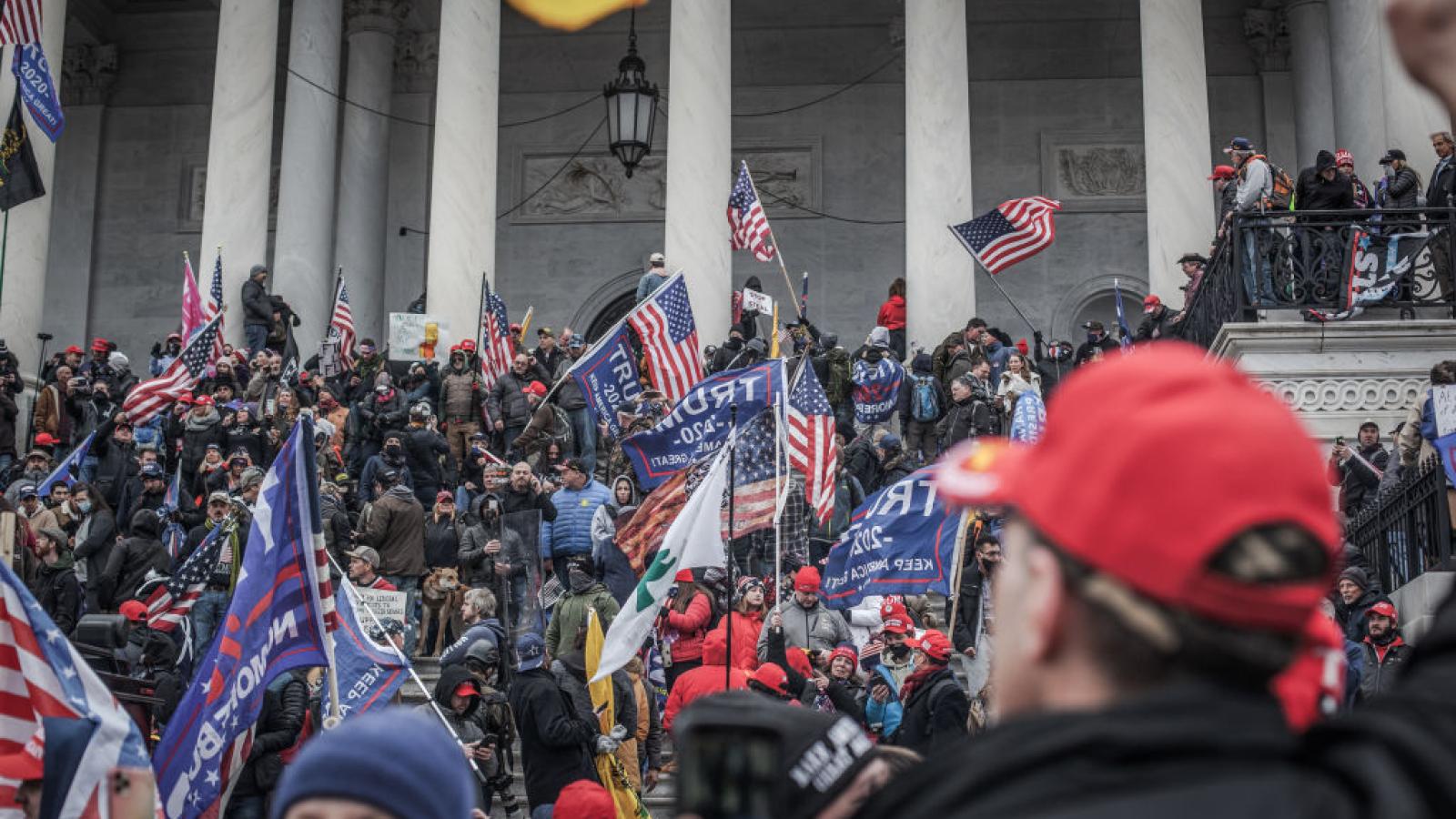 Demonstrators outside the U.S. Capitol, Jan. 6
(NurPhoto/Getty)
By Madeleine Hubbard

The House committee investigating the Jan. 6 breech on the Capitol voted to recommend contempt charges against Jeffery Clark, a Department of Justice attorney under former President Donald Trump.

The committee will hold a second hearing for Clark on Saturday, and the committee's recommendation will be forwarded to the House for a vote.

According to The Hill, when Clark spoke in front of the committee on Nov. 6, he and his attorney “largely refused to answer the committee’s questions.”

Committee Chairman Bennie Thompson (D-Miss) said, “If you want to know what contempt of Congress really looks like, read the transcript of Mr. Clark’s deposition and his attorney’s correspondence with the Select Committee. Because what you find there is contempt for Congress and for the American people.”

Trump White House strategist Steve Bannon, who, unlike Clark, did not appear before the committee, was indicted last month by a federal grand jury, to be held in contempt of Congress.