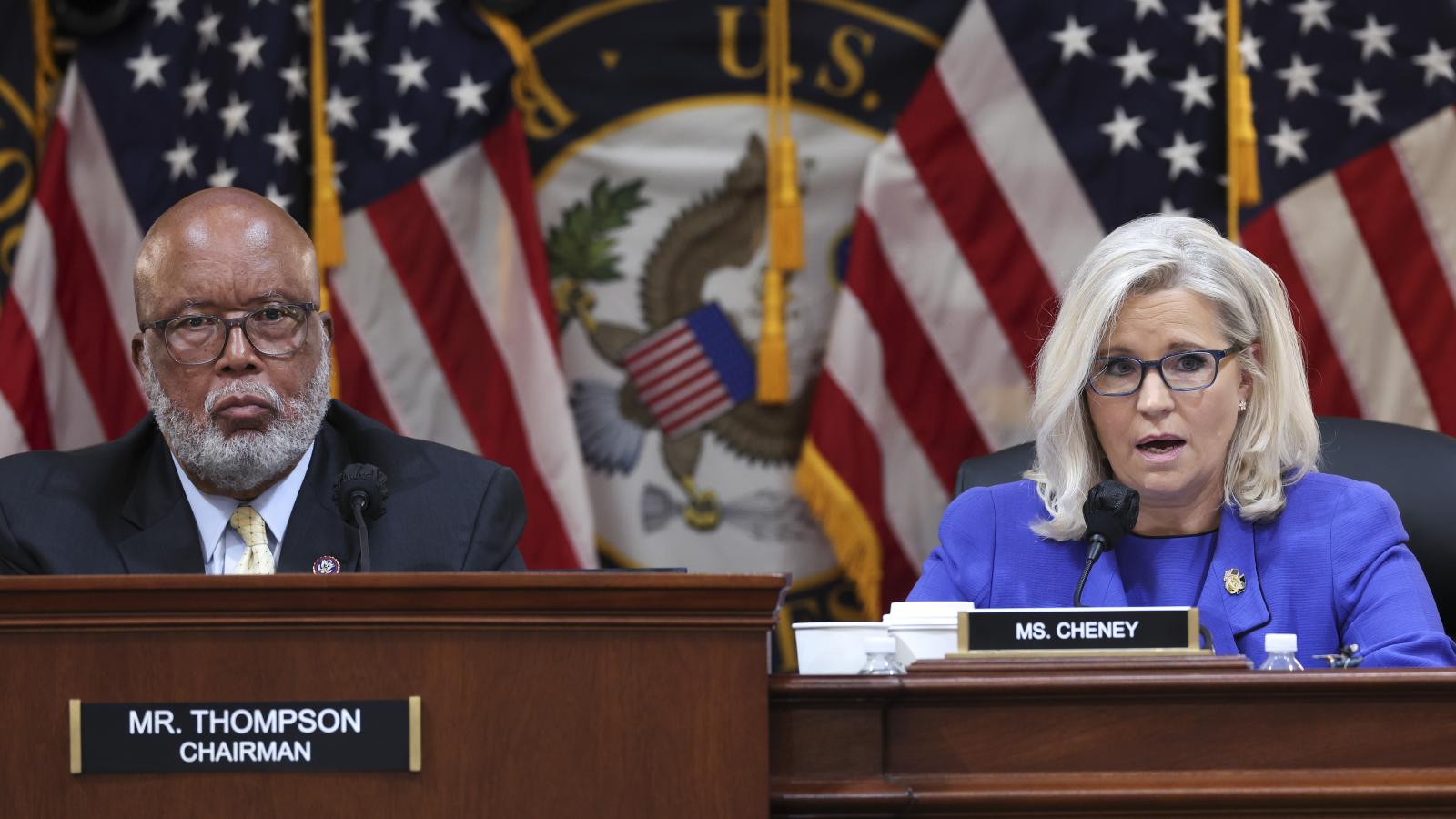 House Democrats' Jan. 6 committee has been showing video clips at its hearings of previously recorded depositions from associates of former President Donald Trump rather than live public testimony.

Former Trump adviser Steve Bannon recently offered to testify in public, according to a letter written to the committee by his attorney Robert Costello. The committee has not yet responded to Bannon's offer to testify publicly.

Costello told Just the News that the committee prefers to make a "television moment consistent with their narrative" rather than risk the surprises inherent in live testimony.

"They do not encourage live testimony," Costello said in a statement. "Bernie Kerik was given a conditional waiver of attorney client privilege by President Trump if Kerik would be allowed to testify publicly. The Select Committee declined. The reason they do this is to make a television moment consistent with their narrative. This is not an investigation, this is propaganda for political theatre."

"They want an appearance of noncompliance," said attorney Timothy Parlatore at the time.

He told Just the News on Tuesday that the committee refused to allow Kerik to testify publicly and didn't allow him to have a copy of the transcript.

"The committee clearly prefers taped depositions because they can edit them and remove sections that don't match the fake narrative," he said.

Bill Stepien, former Trump campaign manager, was scheduled to appear in person before the committee on June 13 but cancelled due to his wife being in the hospital giving birth to their child.

Cassidy Hutchinson, an ex-Trump White House aide, alleged that Trump wanted to join the protesters at the U.S. Capitol on Jan. 6. Her appearance before the committee was a rare example of live testimony allowed during the public hearing.

Thompson's office did not respond to a request for comment on Bannon's recent offer to testify publicly and Kerik's previous offer.