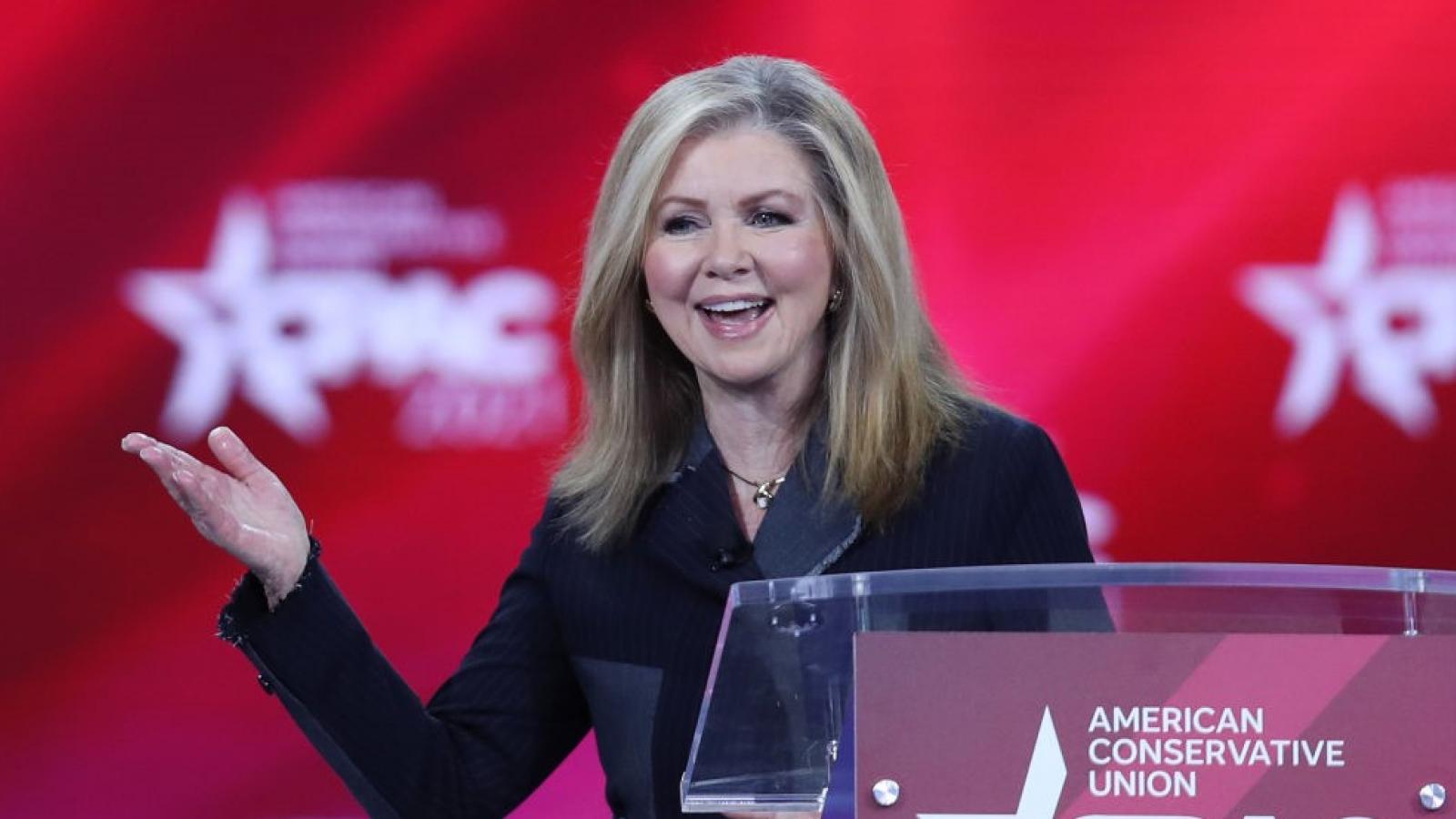 Sen. Marsha Blackburn (R-Tenn.) said Congress will use the power of the purse if Republicans are in control to fight the "woke" culture in the U.S. military and monitor expenditures in the defense budget.

She discussed plans to "de-wokeify the U.S. military" on the John Solomon Reports podcast Tuesday, one day after Judicial Watch published hundreds of pages about critical race theory (CRT) being taught at West Point. The Washington Free Beacon also reported Monday that the U.S. Navy is training service members on using the correct pronouns.

Last week, Senate Democrats blocked two proposals Blackburn introduced to the 2023 National Defense Authorization Act. One measure would have required the Department of Defense to inform parents of students in DoD schools about any changes in their child's mental, physical or emotional health.

Service members on the other side of the world have been kept in the dark about major health decisions relating to their children in DOD schools, Blackburn said, adding, "It is inappropriate. Parents should be informed."

Blackburn's other failed proposal would have encouraged the military to stay focused on lethal threats rather than social justice initiatives.

"Our adversaries, they don't give a ripping flip about classes on choosing pronouns, or how woke the US military is. The US military is there to protect this country. It is there to learn how to fight, to fight wars and to win. That is their job," she later explained.

Her comments come as nearly half of all Americans are expressing deep concerns for the country's future. In a Yahoo News/YouGov poll released last week, 49% of respondents said it is likely America will no longer be a Democracy in the future.

"[T]he mission is to fight and to win, and that has to be priority number one. And much of that is set every year when the Senate does the Defense Authorization Act, and goes through the budget process," Blackburn said, stressing the importance of having "visibility into what they're doing with the money, what's being taught at military academies [and] what the priority is going to be."