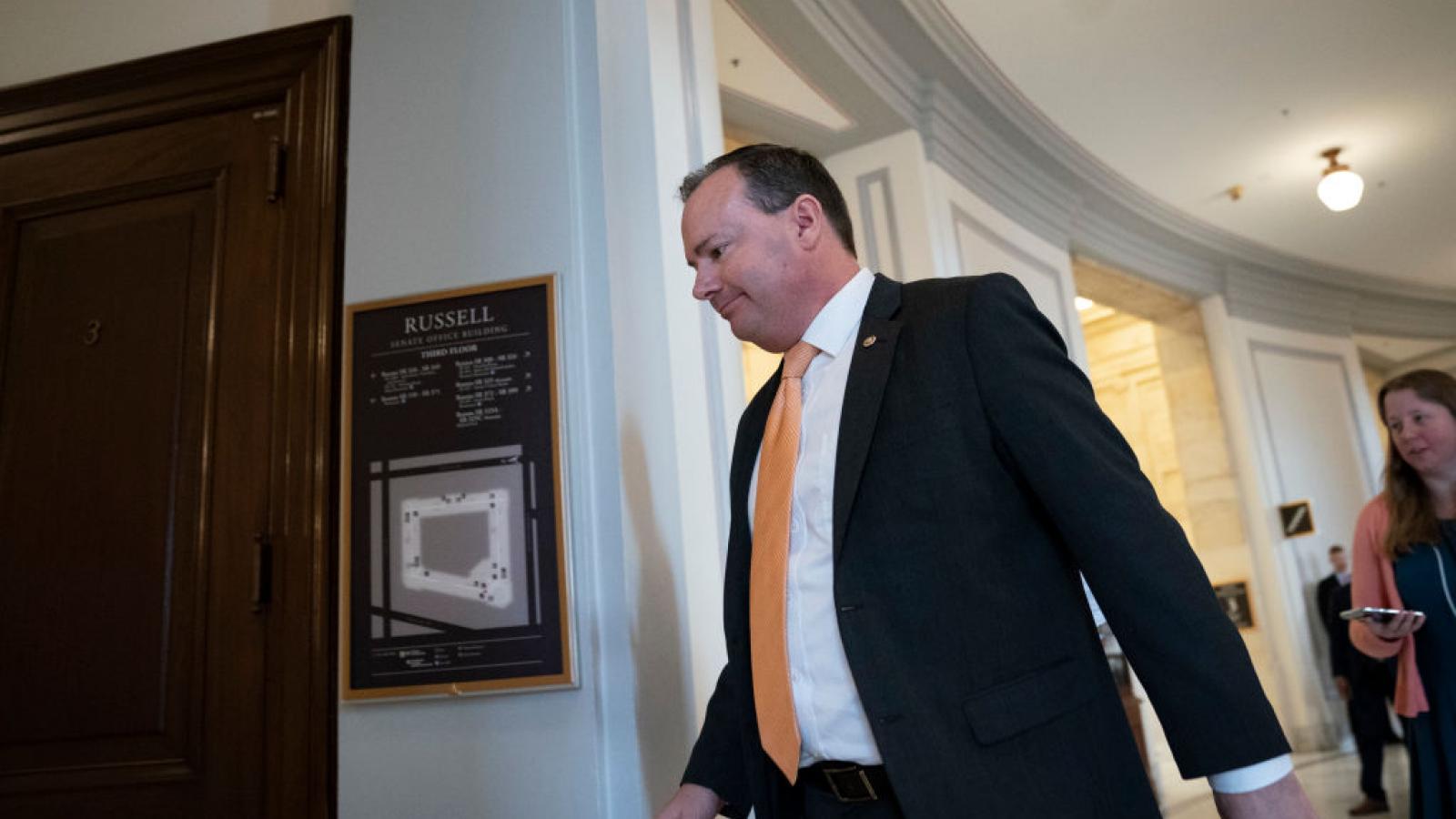 The story was reported by Politico based on a leaked draft opinion by conservative Justice Sam Alito regarding a case before the high court about a Mississippi abortion law, the ruling on which would effectively overturn the Roe v. Wade case that gave women the constitutional right to abortion throughout the United States.

Overturning the 1973 decision would put the matter to individual states.

"Those who leaked this Supreme Court draft opinion are trying to weaponize the court and turn the sacred institution into a political cudgel during the midterm elections," said Missouri GOP Senate candidate Eric Greitens. "Life is precious and worthy of protection – especially the unborn who are the most vulnerable."

House Speaker Nancy Pelosi, a California Democrat, who, like all incumbents in the chamber, faces reelection in November, said in a joint statement with Senate Democrat leader Chuck Schumer: "If the report is accurate, the Supreme Court is poised to inflict the greatest restriction of rights in the past fifty years – not just on women but on all Americans.

"The Republican-appointed justices’ reported votes to overturn Roe v. Wade would go down as an abomination, one of the worst and most damaging decisions in modern history,” reads the statement.

Though the leak swiftly changed the dynamics of some midterm races – particularly in early primary states – the high court was set to make an official announcement in June on the Mississippi case, which would still have brought the issues to the forefront well before the November general elections.

"This was an utter disgrace in terms of how this was released," Utah GOP Sen. Mike Lee, a former Alito clerk who is also up for reelection, said Monday night on the Fox News Channel. "This entire kerfuffle has been brought about as a result of an unscrupulous person trying to subvert 235 years of tradition, trying to subvert the way the Supreme Court operates."

Senate Minority Leader Mitch McConnell (R-Ky.) has called for criminal charges in the SCOTUS leak. In a Tuesday morning statement, the longtime Senate leader said, "This lawless action should be investigated and punished as fully as possible. The Chief Justice must get to the bottom of it and the Department of Justice must pursue criminal charges if applicable."

Republican Sen. Susan Collins (Maine), who has often found herself in the spotlight in recent years when it comes time to cast a vote for a Supreme Court nominee released a comment on the substance of the leaked draft. If the draft does indeed reflect the final decision of the court, she said, "it would be completely inconsistent with what Justice Gorsuch and Justice Kavanaugh said in their hearings and in our meetings in my office."