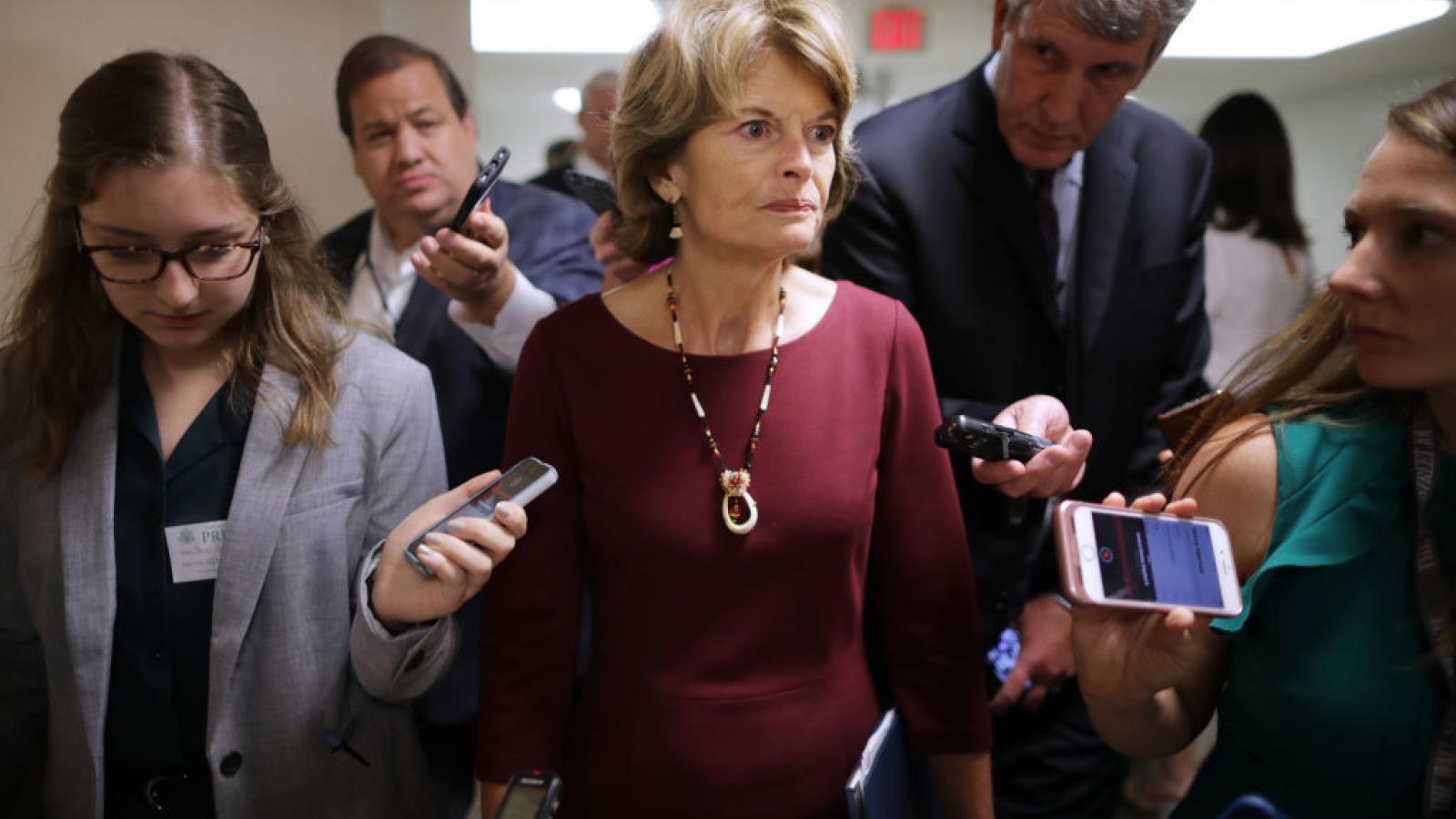 Alaska GOP Sen. Lisa Murkowski announced Friday that she will seek reelection in 2022, setting up another tough primary battle that includes efforts by former President Trump to unseat her.

A campaign video for Murkowski does not directly mention the challenge from Trump but warns voters about the race attracting much outside interest.

"In this election, lower 48 outsiders are going to try to grab Alaska’s Senate seat for their partisan agendas. They don’t understand our state and frankly, they couldn’t care less about your future," she says.

Murkowski, who was appointed to the seat in 2002 and is now seeking a full fourth term, also says in the video that she will "always stand up to any politician or special interest that threatens our way of life."

She lost her 2010 primary but won the seat as a write-in candidate.

The Tshibaka campaign recently announced an upcoming Mar-a-Lago fundraiser, and Trump has said he will personally appear in Alaska in an effort to unseat Murkowski.

Murkowski, a moderate Republican, has frequently broken rank with the party during defining legislative moments over the past several years.

In 2018, she opposed the nomination of now-Justice Brett Kavanaugh to the Supreme Court, a move from which Trump at the time declared she would "never recover."

She also voted against the Republican attempt to repeal ObamaCare in the summer of 2017 and was one of seven GOP senators who voted to convict Trump following the Jan. 6 Capitol riot.

"I know that former President Trump is skeptical about me and the job that I do for Alaska, but I really think that that's for Alaskans to judge," Murkowski said over the summer. "He's threatened to do a lot to those who have stood up to him, and sometimes there's some carry-through, and sometimes maybe it's just idle words or idle threats, but I can't let that influence what I do."

In July, the Alaska Republican State Central Committee endorsed Tshibaka after Murkowski’s impeachment vote, according to the Associated Press.

Murkowski is expected to retain the support of the GOP establishment including the National Republican Senatorial Committee and the Super PAC Senate Leadership Fund founded by McConnell allies.