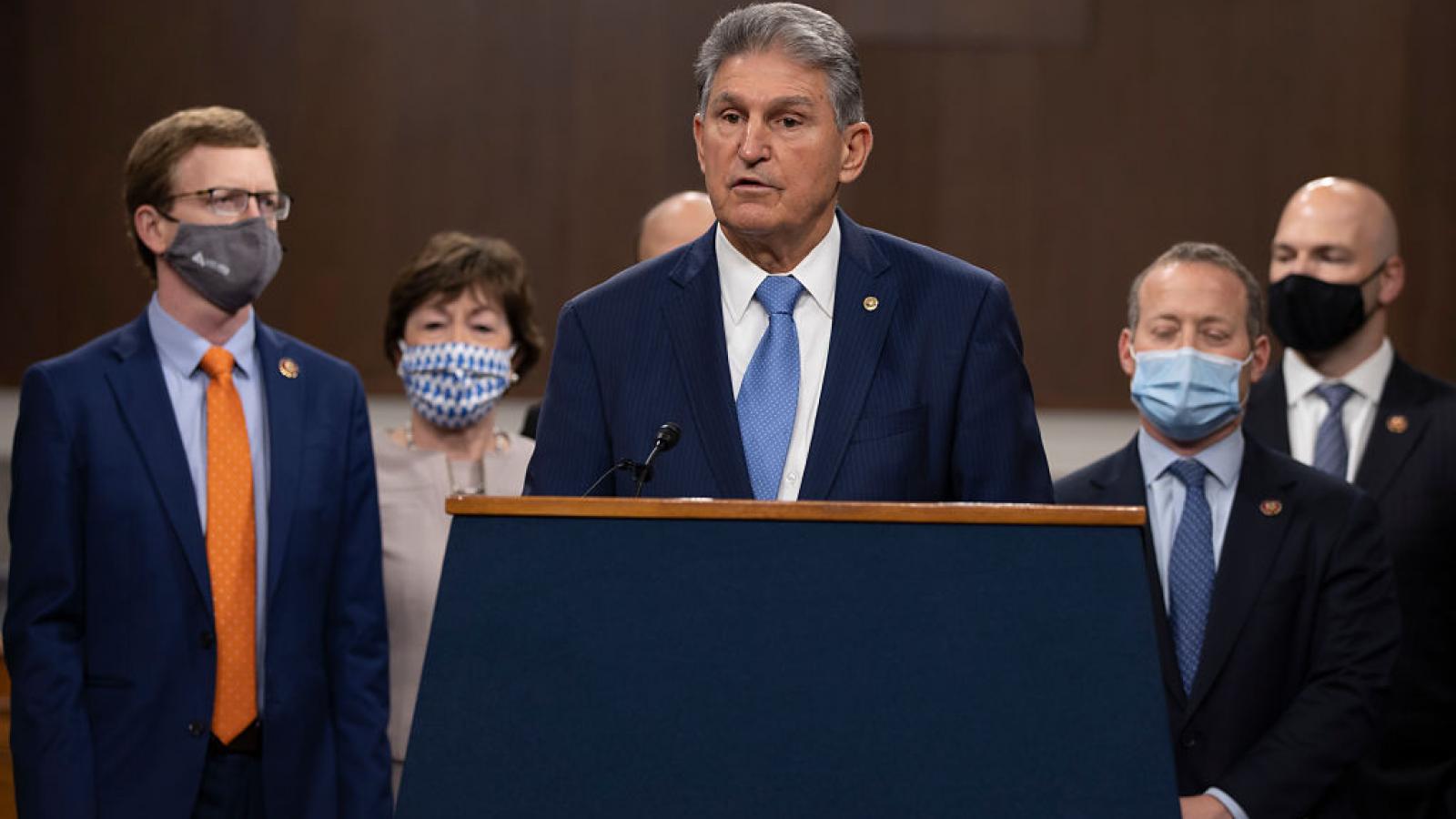 Sen. Joe Manchin, the independent-minded Democrat from Trump-loving West Virginia, continues to play the spoiler to liberals who want him acquiesce to changing the filibuster so Democrats can pass a bill federalizing elections.

Manchin on Sunday ruled out anew supporting a change to the filibuster to allow a vote on the elections legislation.

"I can't imagine a carve-out," he told CNN, adding that it was time to stop diminishing the parliamentary tactic that requires 60 votes to vote on passing most legislation.

Manchin noted that in 2013 a Democratic majority in the Senate backed an exemption from the filibuster so that former President Barack Obama's Cabinet appointees could be confirmed only to have that carve-out expanded to confirm Supreme Court nominees.

"I was here in 2013 when it was called a carve-out," he said. "We're just going to do the Cabinet for the president, and then it went into, we're going to do the judges who are lifetime appointments for circuit and district.

"They were even going to do Supreme Court, but they didn't at that time. The Democrats were in control. 2017, Mitch McConnell's in control, comes right back in, and guess what? That carve-out worked to really carve us up pretty bad. Then you got the Supreme Court, OK, so there's no stopping it."

Manchin has previously said he supports keeping the filibuster they way it is and cannot support the Democratic elections bill.

He acknowledged Sunday there also is friction between him and his Democratic caucus on other issues, like considering the size of the deficit as Congress passes an infrastructure bill and other spending legislation expected to cost $4.7 trillion in total.

Politico reported last week that Manchin was booed by other Senate Democrats for mentioning the deficit.

"I heard a lot of nos," Manchin said Sunday. "I don't know if it — maybe it was boo no or no boo or something. And what it was was this. I just said basically that — just what I told you. Both of these bills should go up on its own merits."

Among those on the left frustrated by Democratic inaction on the election bills is Rep. Alexandria Ocasio-Cortez (D-N.Y.), who said Sunday that Democrats' confidence the party could still win elections without the new law "verges on naivete."