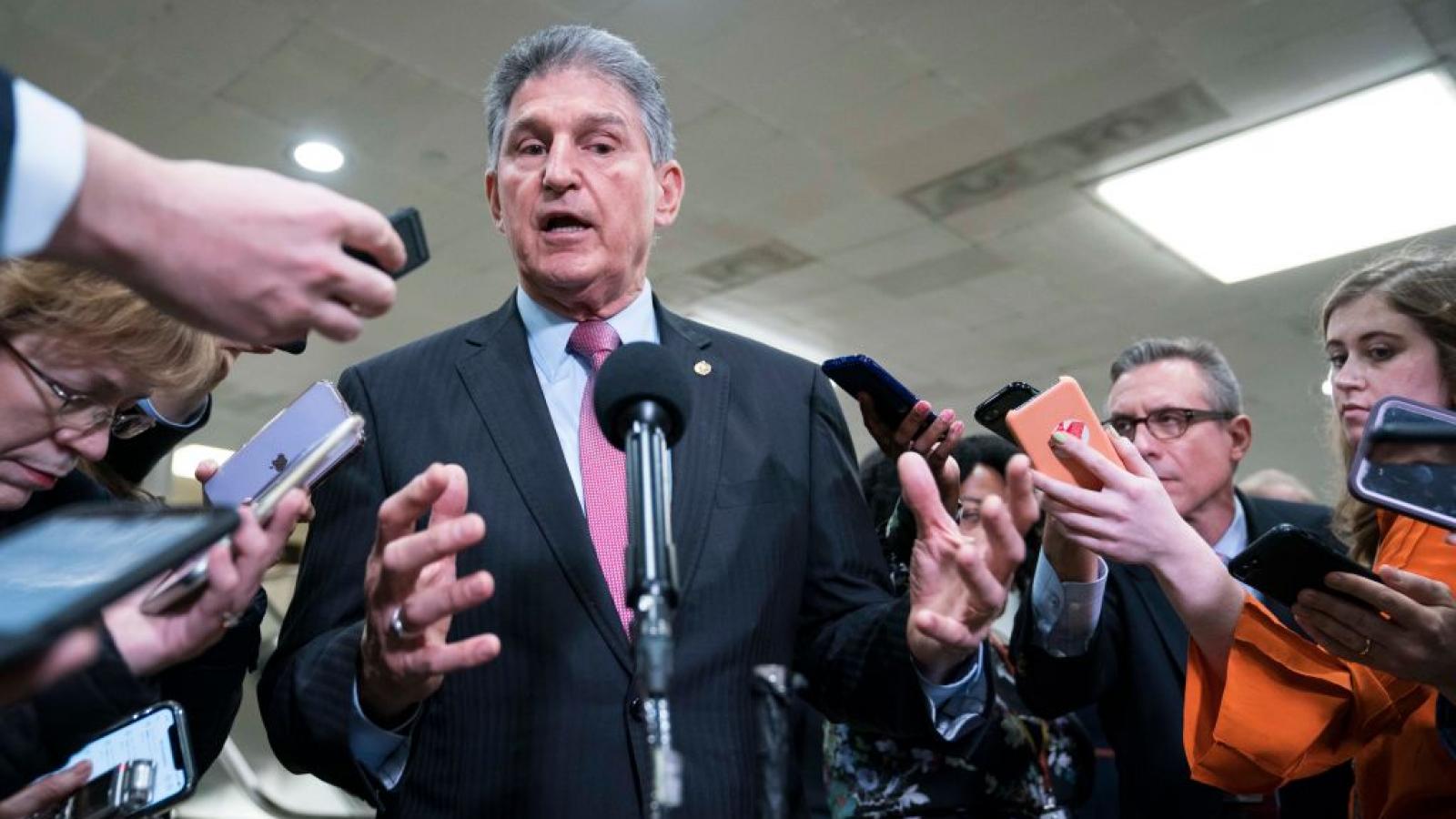 Sen. Joe Manchin issued a statement on Thursday saying that his GOP colleagues have "no excuse" to vote against legislation to establish a commission to investigate the Jan. 6 Capitol riot.

"There is no excuse for any Republican to vote against the commission since Democrats have agreed to everything they asked for," Manchin said. "Mitch McConnell has made this his political position, thinking it will help his 2022 elections. They do not believe the truth will set you free, so they continue to live in fear," he said.

Senate Minority Leader Mitch McConnell plans to vote against the bill. During remarks Thursday on the Senate floor he described the proposed commission as "extraneous."

"The Department of Justice is deep in to a massive criminal investigation," McConnell said. The Kentucky Republican said that "440-plus people have already been arrested" and "hundreds have been charged. Even more arrests are said to be planned. And the attorney general indicates this investigation will remain a top focus. Multiple Senate committees are conducting their own bipartisan inquiries. And obviously the role of the former president has already been litigated exhaustively, exhaustively in the high-profile impeachment trial we had right here in the Senate several months ago. I do not believe the additional extraneous commission that Democratic leaders want would uncover crucial new facts or promote healing. Frankly I do not believe it is even designed to do that."