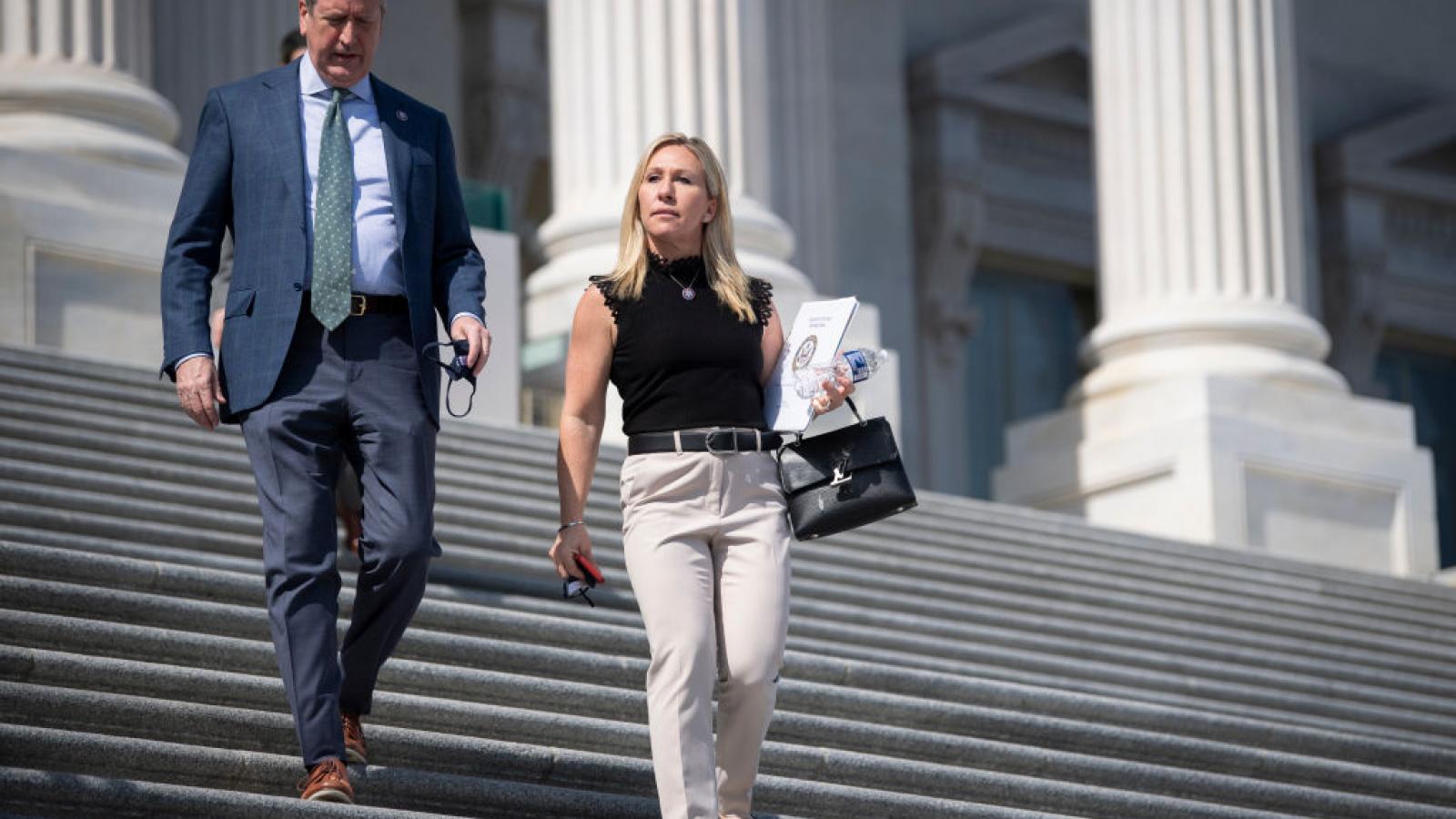 GOP Rep. Marjorie Taylor Greene has been reprimanded by the sergeant-at-arms of the House at least 20 times this year for failing to wear a mask in the chamber. As a result, the first-term congresswoman has accrued as much as $48,000 in associated fines.

Earlier this week, the House Ethics Committee revealed that Greene had been fined at least seven times this year, most recently in late September. However, a letter from the sergeant-at-arms at the end of last month read that Greene has been documented sans mask at least 20 times since May.

Greene was fined $500 for her first offense in May, with subsequent offenses coming with a price tag of $2,500 each.

Responding to the letter, Greene said on Monday, "I will continue my stand on the House floor against authoritarian Democrat mandates, because I don't want the American people to stand alone."

The House mandate was established in July 2020, later establishing significant fines to enforce the rules.

Lawmakers may file appeals with the Ethics committee after they are notified of their fines. Greene appealed her first fine, which the evenly divided panel upheld, and she has not appealed one since.

Greene, along with fellow Republicans Reps. Thomas Massie, of Kentucky, and Ralph Norman, of South Carolina, filed a lawsuit in July challenging the constitutionality of the fines.

Separately, GOP Reps. Louie Gohmert, of Texas, Andrew Clyde, of Georgia, and several other congressional Republicans  have filed a lawsuit related to the fines they've accrued for repeatedly dodging the post-Jan. 6 security screenings now required to enter the House chamber.

Metal detectors were installed outside the entrances to the chamber shortly after the Jan. 6 riot in to enforce compliance with rules that prohibit lawmakers from bringing weapons onto the floor.