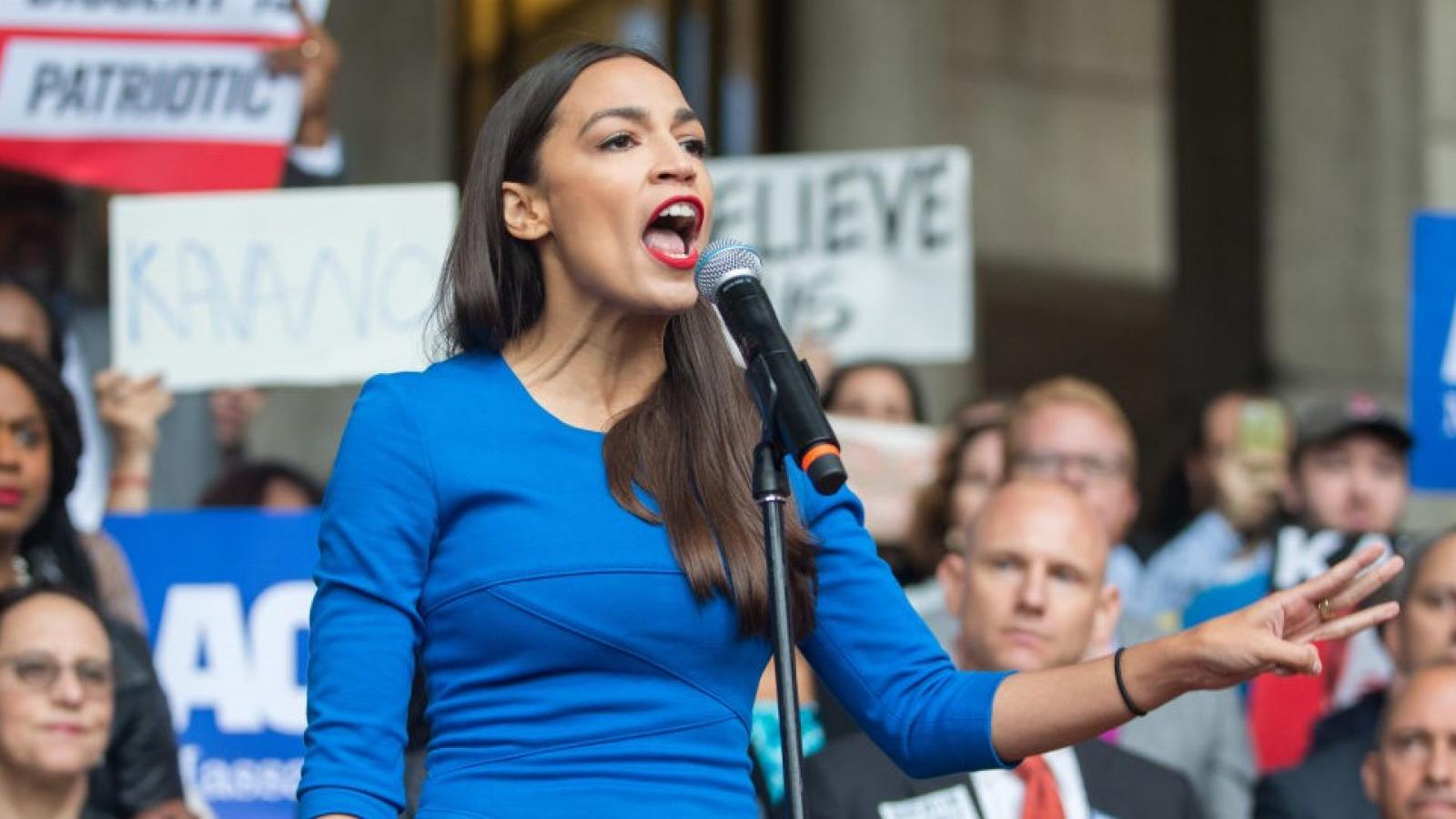 Greene made the announcement Wednesday on Twitter, posting a photo of her speaking to Ocasio-Cortez, a New York Democrat, on the House floor with the caption, “I’m glad I ran into you today @AOC to plan our debate about the Green New Deal.”

In the photo, Greene and AOC are seen talking on the House floor.

Ocasio-Cortez and Massachusetts Sen. Ed Markey in 2019 introduced the Green New Deal, an ambitious public policy resolution that called for the world to to get to net-zero emissions by 2050. The resolution was reintroduced earlier this week.

"After I finish reading all 14 pages, like we agreed, I’ll schedule time for our debate," Greene wrote, adding the hashtag "#MTGvsAOC."

She later wrote: "I read your 14 page Communists manifesto,” before saying she was “looking forward to debating."

And in response to another poster's tweet, she wrote, "Let's do it!"

Greene has been calling on Ocasio-Cortez to debate her. Last week, Greene tweeted: "A debate between AOC and I on the Green New Deal economic policy would be informative for the American people. They deserve to hear the two sides with pros and cons."