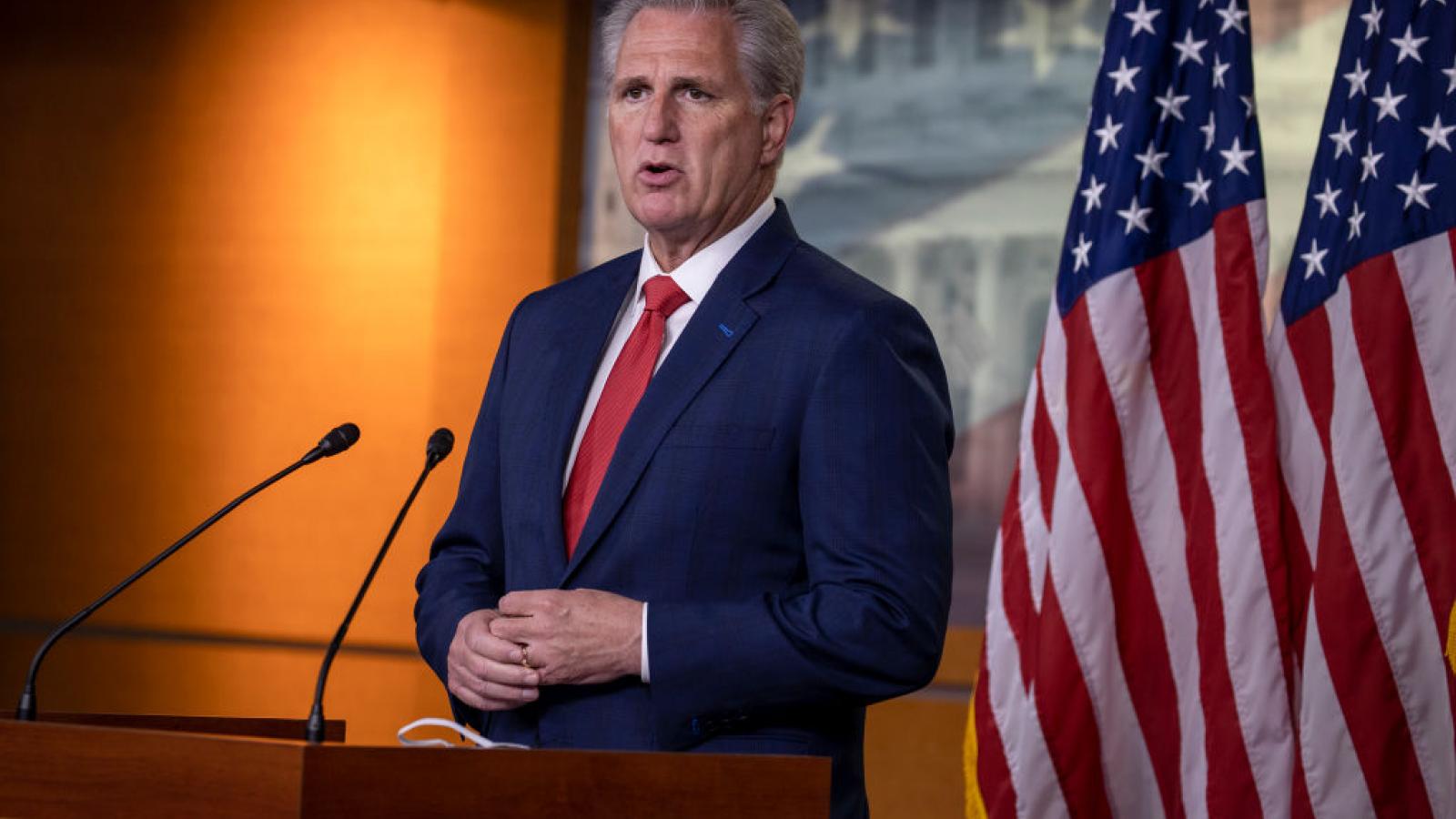 "I think when somebody does something that is wrong, they apologize," the California Republican said at a press conference. "Lauren Boebert apologized publicly, and then picked up the phone. And it took a lot of effort. She wanted to meet personally. [She was] denied the ability to meet personally.

"When she picked up the phone and she called Congresswoman Omar, she said, 'I want to personally apologize to you.' And that's what she did. I think in America, that's what we do, and then we move on on the issues that need to take place."

In a video that surfaced over Thanksgiving weekend, Boebert appears to perpetuate stereotypes about Islamic people being terrorists when telling an audience that she and a staffer were getting on an elevator in the Capitol once when she saw a police officer racing toward them.

She then saw Omar standing nearby and said, "Well, she doesn’t have a backpack. We should be fine,” and "Oh look, the 'Jihad Squad' decided to show up for work today," according to the video.

Boebert apologized publicly for her remarks and had a phone call with Omar on Monday to personally apologize. However, the phone call ended with Omar hanging up on Boebert, and both congresswomen later noted how they didn't find the conversation helpful.

McCarthy spoke about the matter in response to a reporter's question.

"This party is for anyone and everyone who craves freedom and supports religious liberty," he said. "I called [Boebert] when it came forward. We talked. She apologized publicly. She apologized personally.

"In disagreements and something goes astray, you apologize for it – exactly what Lauren Boebert did."

McCarthy also shot back at reporters asking: "Did any of you raise the question, when someone on their side of the aisle said I work with the Ku Klux Klan, referring to Republicans?" he asked. "Did anyone on your side of the aisle talk about when Omar said the only reason I support Israel is about the Benjamins? I never got a public apology or a phone call."