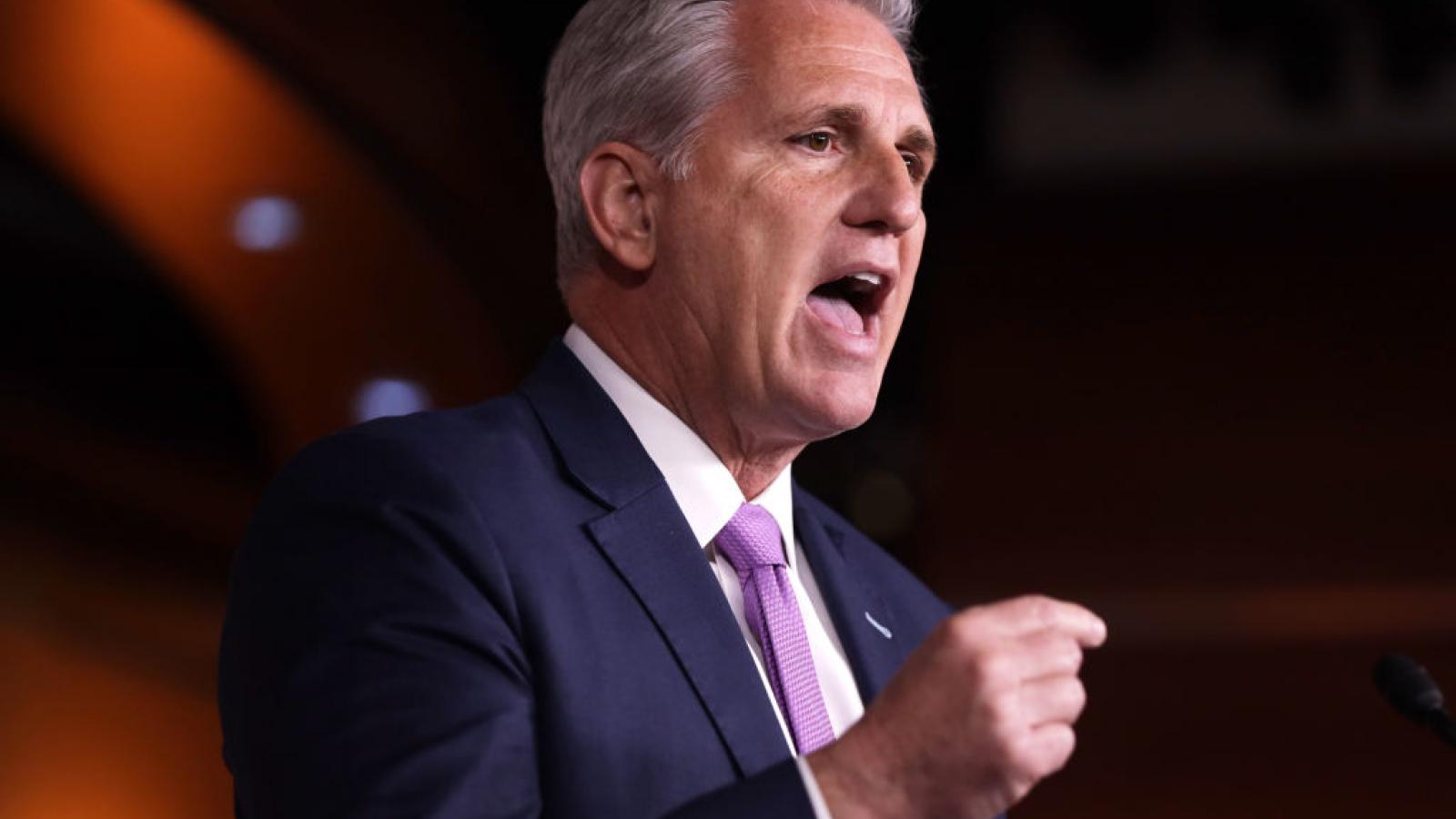 House GOP Leader Kevin McCarthy said Thursday that Republican Rep. Liz Cheney accepting House Speaker Nancy Pelosi's nomination to the Jan. 6 Select Committee is "unprecedented" and "shocking," suggesting that the Wyoming congresswoman might be "closer" to Pelosi than the GOP conference at this point.

McCarthy was asked whether he intends to suggest individuals to nominate for the remaining five spots on the Jan. 6 Select Committee. The reporter asking the question said it appears to be in McCarthy's "interest" to appoint members to the committee.

"You think it's in my interest that it's a political game of what she's playing?" McCarthy said of Pelosi. "When I have news on this, I will provide the news."

McCarthy was also asked whether Cheney has effectively left the GOP conference at this point.

"I was shocked she would accept something from Speaker Pelosi," he said. "It would seem to me, since I didn't hear from her, maybe she's closer to her than us, I don't know."

Cheney, and outspoken critic of former President Trump, earlier this year was removed from her GOP House leadership post.