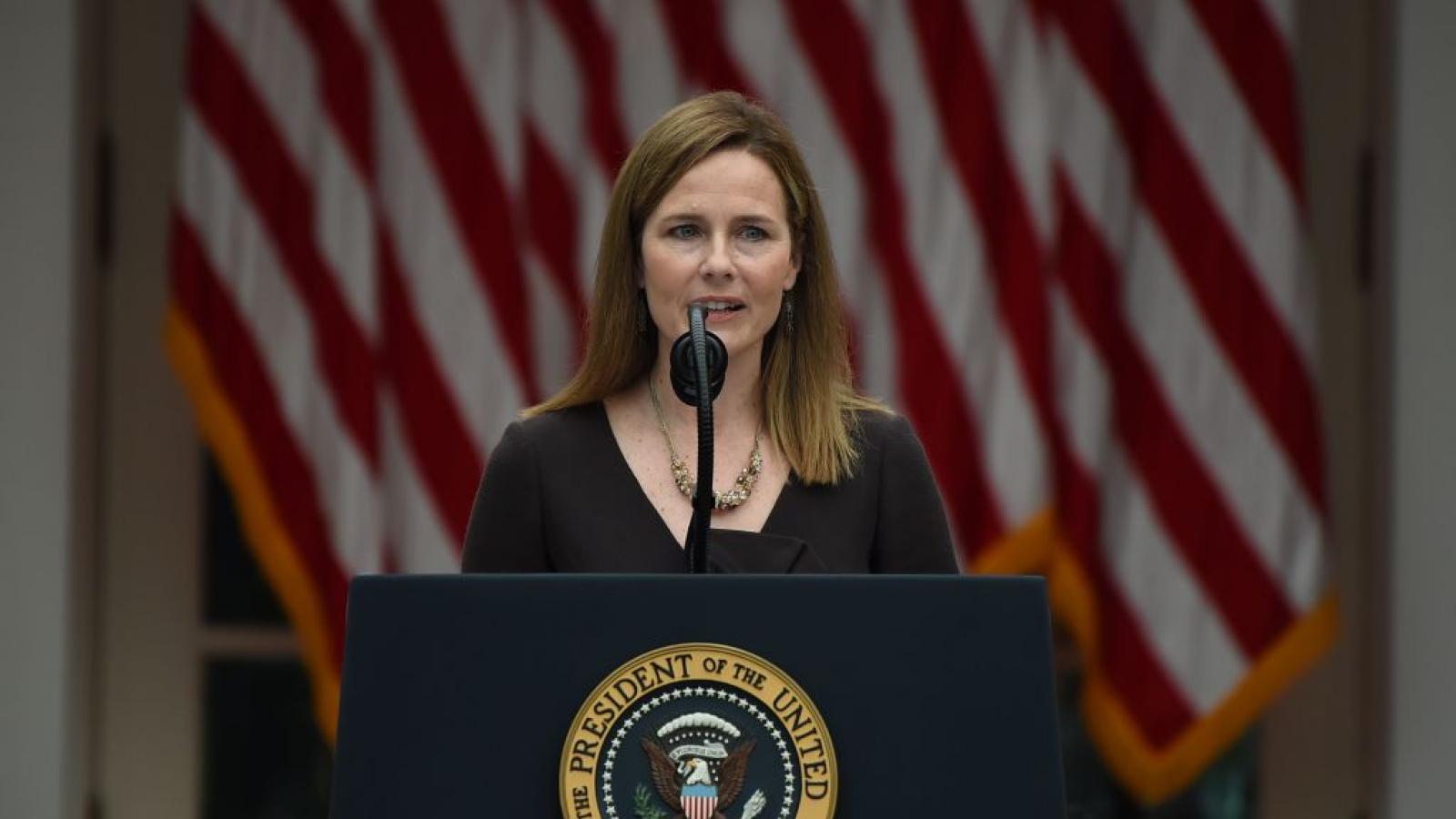 Schumer also said Coney Barrett is a threat to Obamacare.

"Judge Barrett strongly criticized the ruling to uphold the Affordable Care Act, claiming that if justices read the law the way she does, they would 'have had to invalidate' the entire health care law. Her record also makes clear that if she is confirmed, the reproductive freedoms that millions of women hold dear would be in grave danger," Schumer said in a statement, referencing the California v. Texas case.

"Should Judge Amy Coney Barrett be confirmed, a far-right majority on the court could also turn back the clock on women’s rights and a woman’s right to choose, workers’ rights, voting rights, civil rights, LGBTQ rights, environmental protections and more. The future for DACA recipients also hangs in the balance with this nominee," he also said.

McConnell praised Coney Barrett, saying Trump "could not have made a better decision" to fill Ruth Bader Ginsburg's seat. The Kentucky Republican said Coney Barrett is an "exceptionally impressive jurist" and "exceedingly well-qualified" to serve on the Supreme Court.

“Judge Barrett built a reputation as a brilliant scholar at the forefront of the legal academy. Then she answered the call to public service," he said in a statement. "For three years on the Court of Appeals for the Seventh Circuit, she has demonstrated exactly the independence, impartiality, and fidelity to our laws and Constitution that Americans need and deserve on their highest Court."

"As I have stated, this nomination will receive a vote on the Senate floor in the weeks ahead, following the work of the Judiciary Committee supervised by Chairman [Lindsey] Graham," he said.

"We move forward on this nomination knowing that the president has picked a highly qualified individual who will serve our nation well on the highest court in the land," he tweeted Saturday after Trump, in a Rose Garden ceremony, officially named Coney Barrett as his nominee. "I’m very committed to ensuring the nominee gets a challenging, fair, and respectful hearing."

Schumer referred to Trump's nomination as a "reprehensible power grab" and a "cynical attack on the legitimacy of the Court."