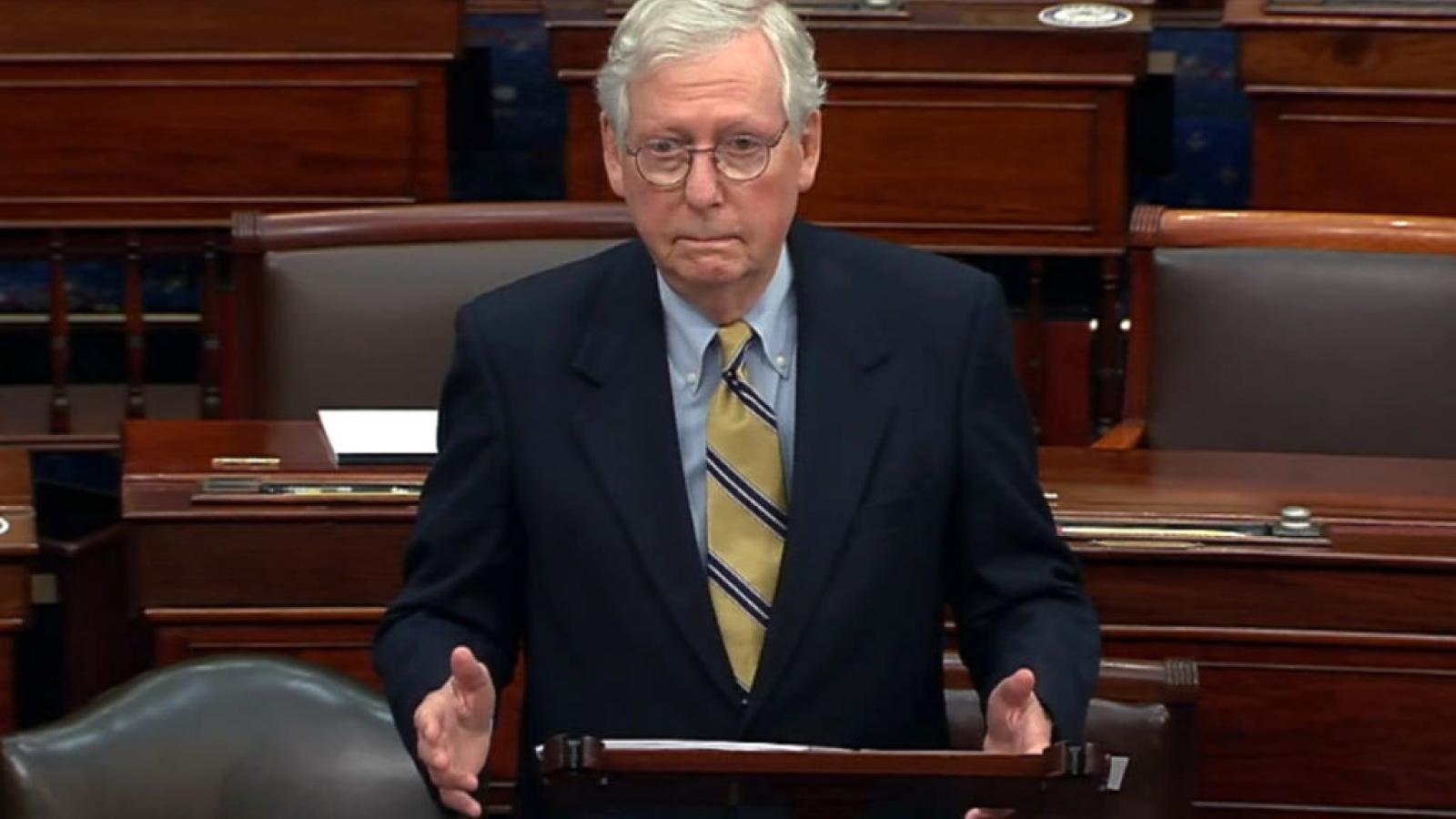 McConnell on Saturday
(Photo by congress.gov via Getty Images)
By Madeleine Hubbard

Senate Minority Leader Mitch McConnell (R-Ky.) on Tuesday said he supports the bipartisan gun framework and plans on voting for the legislation, likely ensuring that the bill will overcome a filibuster.

"For myself, I’m comfortable with the framework and if the legislation ends up reflecting what the framework indicates, I’ll be supportive," McConnell told reporters, per The Hill.

The bill is likely to have the 60 votes needed to overcome a filibuster as all Democrats are expected to support the legislation.

Cornyn on Tuesday said the framework would have prevented the Uvalde shooting.

"If the background check had included juvenile law enforcement and mental health data, [it is] unlikely he would have been able to pass and purchase the firearms he used," the Texas Republican tweeted.