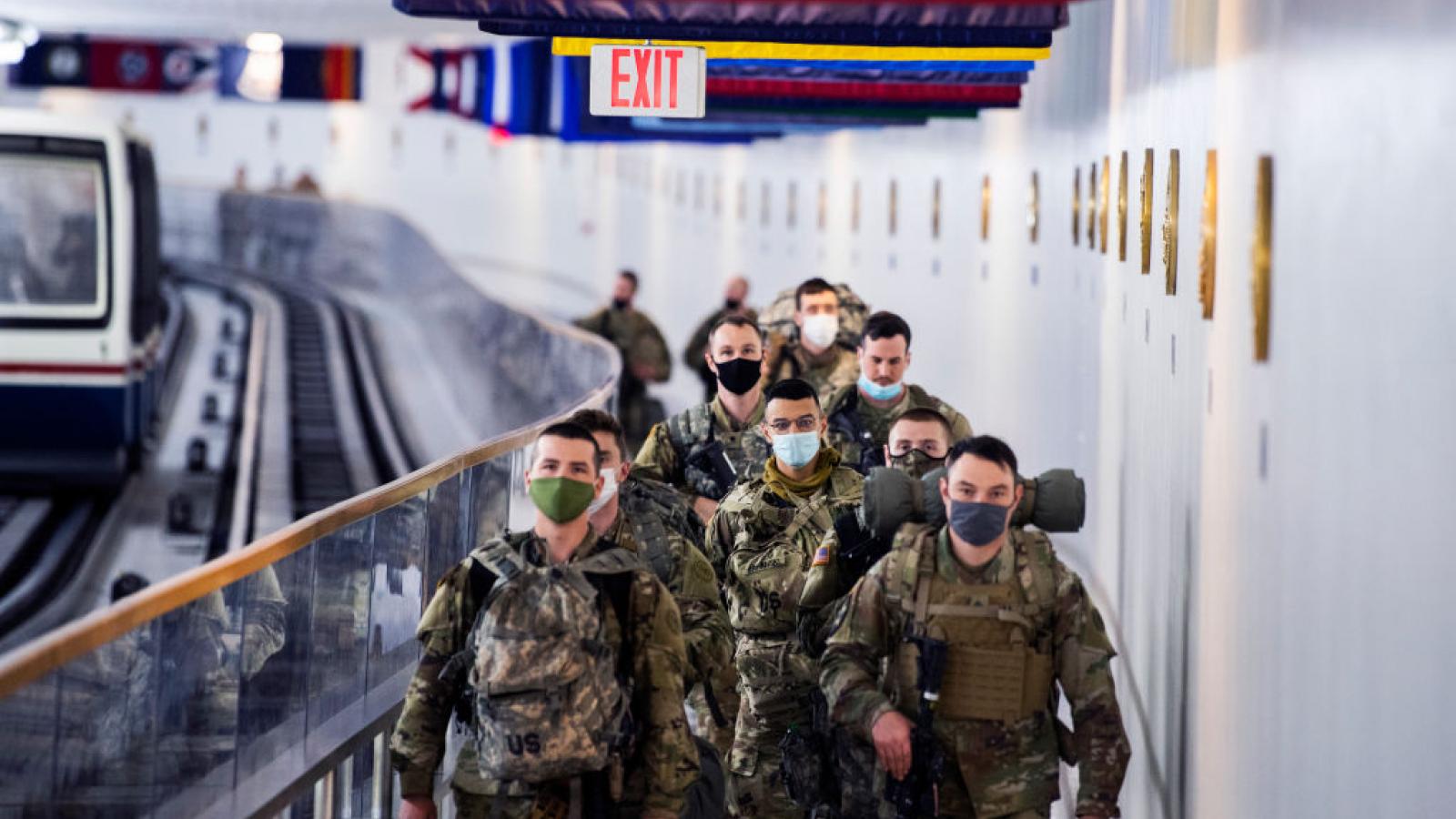 Over a dozen guardsmen were reportedly sickened from undercooked food, some of which allegedly contained metal shavings, according to media reports this week.

Numerous legislators have since written to National Guard Bureau Chief Daniel Hokanson to ask him to address the issues with the Guard's food supply.

The tainted food is "not only disrespectful and burdensome but is a threat to the ability of the Guard to execute its mission of protecting the Capitol," wrote New Jersey Rep. Jeff Van Drew, who added: "We must defend those who put their lives on the line to defend us." Van Drew switched parties, from Democrat to Republican, in 2019

Over a dozen representatives in the Michigan congressional delegation, meanwhile, signed a letter demanding of Hokanson that "either the current [food supply] contract be voided and a new food provider be brought in or that the service members be provided with a per diem throughout their remaining time in Washington, D.C."

"The members of the National Guard have served honorably throughout the duration of this operation," they wrote. "We must never turn our backs on our soldiers, especially as they have demonstrated time and time again that haven't turned our [sic] backs on us."