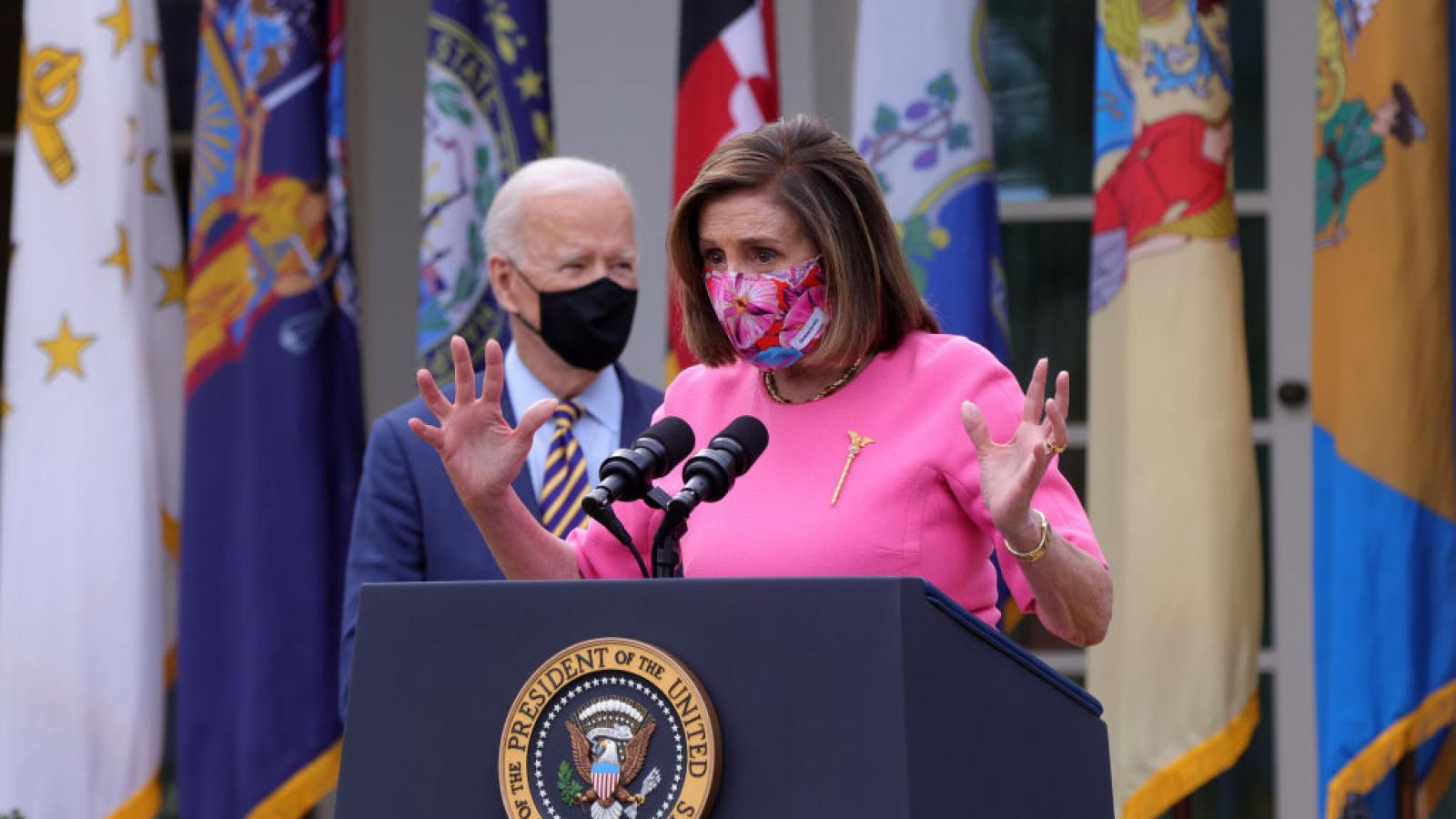 House Speaker Nancy Pelosi said on Wednesday that President Joe Biden's message to illegal immigrants looking to make the dangerous trek to the U.S.-Mexico border is to "stay home for now."

There have been a record number of unaccompanied minors arriving at the southern border.

Illegal border crossings are also on the rise.

Republicans are linking Biden's changes to Trump-era border enforcement policies coupled with his support for legalizing undocumented immigrants as a driving force behind the surge of illegal border entires.

Biden has implemented executive actions that rolled back many Trump-era immigration policies, including the "Remain in Mexico" policy that required asylum seekers encountered at the border to wait for their court hearings in Mexico. A total of 25,000 migrants are being transferred in phases into the U.S. after Biden's elimination of the "Remain in Mexico" policy. According to local media reports, some of the migrants who were transferred to the U.S. and released later tested positive for COVID-19.

Biden also restored the Obama-era "catch and release" policy that allows illegal immigrants caught at the border to be released into the U.S. to await their court hearings. He halted the construction of additional physical barriers at the border as well. Biden has also released an immigration reform plan that would offer a path to citizenship for illegal immigrants living inside the U.S.

Pelosi was asked if she agreed with some of the migrants who have revealed that Biden's policies encouraged them to come to the U.S. across the southern border.

"It's not a question of 'agree with.' What I said was if they have a well-founded fear of persecution, if they're asylum seekers, yes, it is agreeable. Apart from that, if they're just coming, the message from Joe Biden is stay home for now. And we have to address the causes of this migration," she said. "I brought a group before COVID to the Northern Triangle, El Salvador, Guatemala and Honduras, because that's where a lot of the immigrants were coming from. Right before we went on the trip, the administration cut off the funding that Congress had provided to address the needs in those countries."

Pelosi said the U.S. should continue to support illegal immigrants who arrive at the U.S.-Mexico border to claim asylum.

"We have to make some distinctions about those who have a well-founded fear. And we have to have the capacity at the border to do that or to have that adjudicated in the country of origin, but recognize that we have that responsibility as we pass judgment on other countries for not receiving refugees into their country," she said.