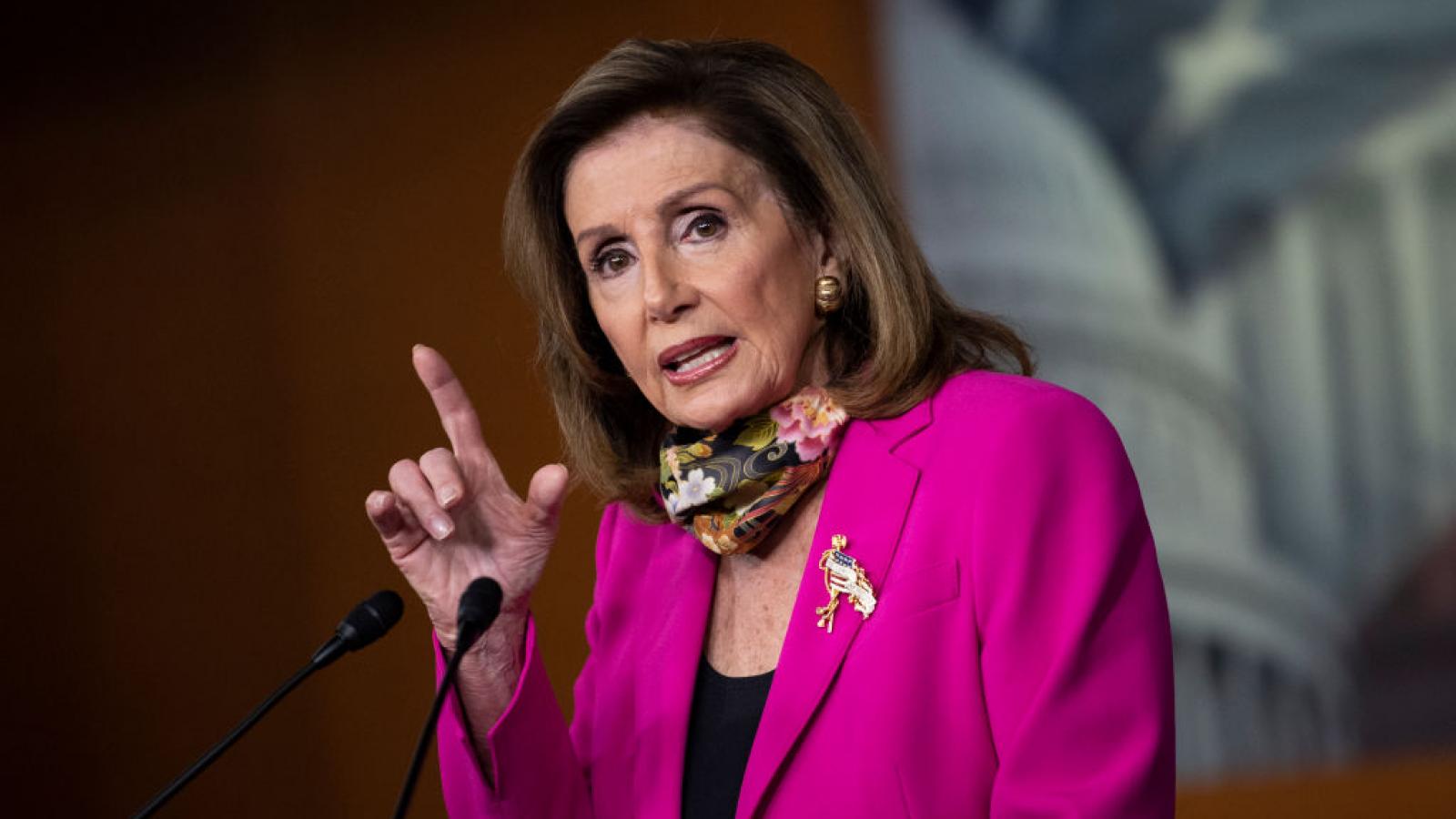 Steil told the John Solomon Reports podcast that the Democrats should have dismissed the case brought by the Democratic candidate who lost the election, Rita Hart, since she did not use all of the processes in Iowa that were at her disposal.

"So this is another major challenge coming through the Committee on House Administration. Again, three Republicans, six Democrats. And Rita Hart, the Democrat, filed a challenge against Congresswoman Miller-Meeks who won Iowa's second congressional district. And what the Committee on House Administration should do is just dismiss this case," Steil said.

"Rita Hart made a decision not to utilize all of the processes that she could have used in the state of Iowa – the board in Iowa, it's a bipartisan canvassing board, it includes, you know, the governor, secretary of state, treasurer – they certified Congresswoman Miller-Meeks, the Republican in Iowa's second congressional district. That's what we should be using here in the House of Representatives."

Steil continued, "But instead, the Democrats on the committee refused to dismiss the case, they continue to hold it over the head of Congresswoman Miller-Meeks. And the concern is that they're going to become more aggressive and ultimately try to kick her out of the House if their vote margin becomes narrow."

The Democrats argue that the margin is close enough that the challenge by Hart is warranted. Rep. Zoe Lofgren, D-Calif., is chair of the committee, and says that the argument that Hart didn't exhaust all of her options in the Iowa courts wasn't applicable in this case. The law that governs contested elections is the Federal Contested Elections Act (FCEA).

"The House has never dismissed an FCEA contest solely because the contestant declined to file a state court case contesting the canvassing board's final determination," said Lofgren during a meeting of the committee on Wednesday.

Steil detailed the reason why the Democrats are trying to flip the House seat through Congress.

"And the Democratic leadership, what their concern is, is their margin here in the House. I mean, we're talking five, six seats, depending on exactly how some of these special elections get filled – it's so narrow, that every vote matters to them. They can't lose any votes," Steil said.

"And so if they can take one out on a process argument, that gives them a little bit more wiggle room, and we're fighting tooth and nail to protect Congresswoman Miller-Meeks because she is the rightly elected member from Iowa's second congressional district."

Steil also discussed H.R. 1 For the People Act of 2021, which federalizes the presidential election, noting a specific provision in the bill that he said has largely been ignored.

"A provision that I don't think has gotten enough attention, but might be one of the worst provisions in the whole bill, is that it allows politicians to use federal money, government money for their reelection campaigns on a six-to-one match."

"And so," Steil explained, "if you said, somebody wants to donate $200 to a congresswoman from New York City, that congresswoman in New York City can turn to the federal government and say, 'You owe me six-to-one match, $1,200,' means they got a total of $1,400 that they can use for their reelection campaign to run negative ads on TV, negative mailers, paid for political consultants."

He added that there is not a need for more money to be in the election system, and Republicans are working on keeping the bill from passing the Senate.

"And I can tell you, of all the complaints that I have heard about elections in my short stint here in Congress, I have not had one person come and tell me that the problem with our election system is there's not enough money already in the system," Steil said.