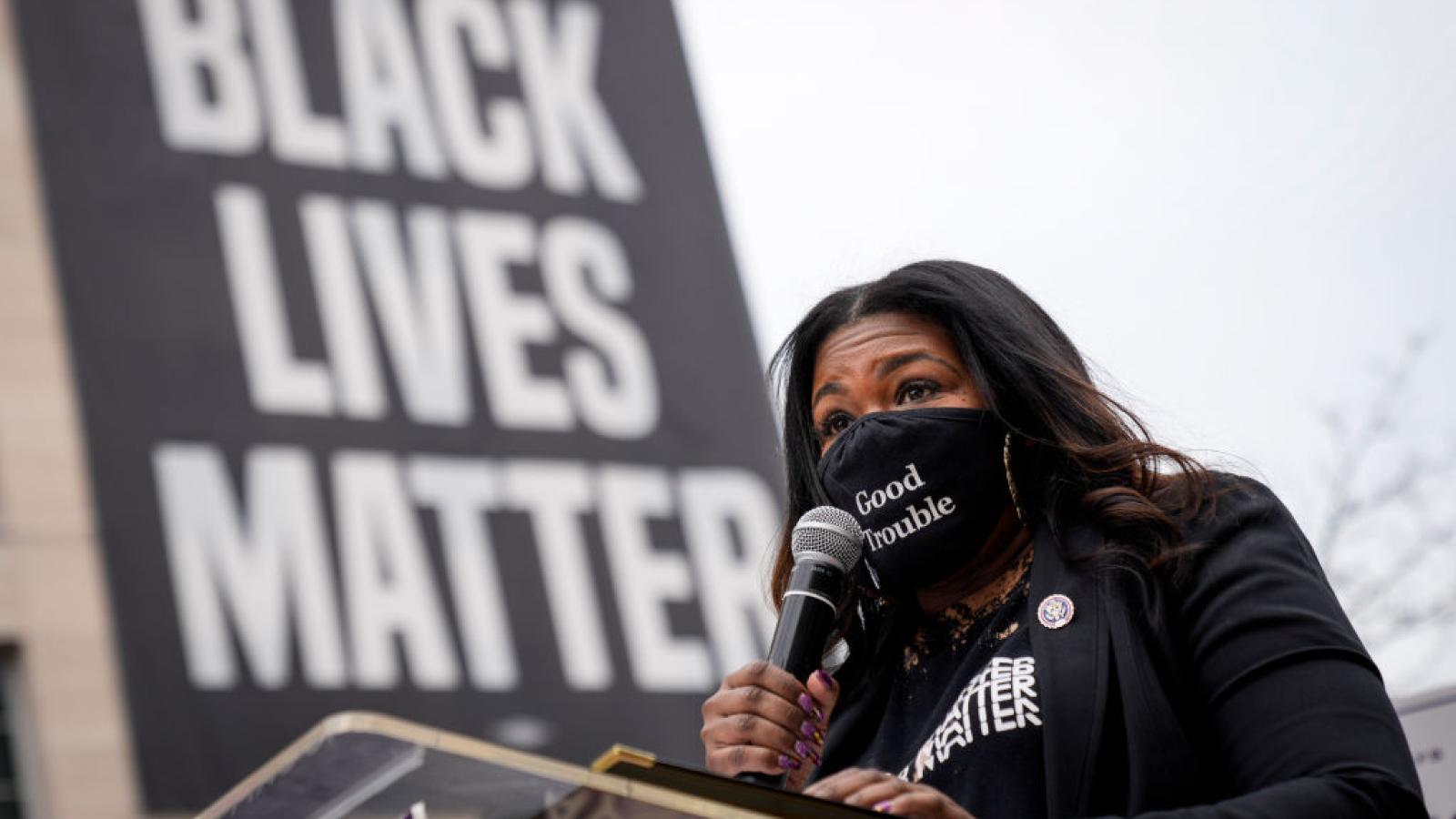 Missouri Democrat Cori Bush during a speech from the floor of the U.S. House of Representatives praised a Black Lives Matter activist who called for "death" for police officers in 2014.

Rep. Bush is the newest member of the "squad," and she compared the Black Lives Matter movement to the conflict taking place in Israel and Gaza, according to Fox News.

She was praising Bassem Masri, who she described as a "St. Louis Palestinian," who had live streamed confrontations between himself and Ferguson, Missouri police officers following the shooting death of Michael Brown Jr. in 2014. Masri tweeted out the BLM chant, "pigs in a blanket fry 'em like bacon."

"As a Palestinian, he was ready to resist, to rebel, to rise up with us as our St. Louis community mourned Mike Brown, Jr.'s state sanctioned murder, and as we demanded an end to the militarized police occupation of our communities," Bush said on Thursday on the floor of the House. "Palestinians know what state violence, militarized policing, and occupation of their communities look like."

The Obama Justice Department determined that Michael Brown was shot and killed in self defense by police officer Darren Wilson.