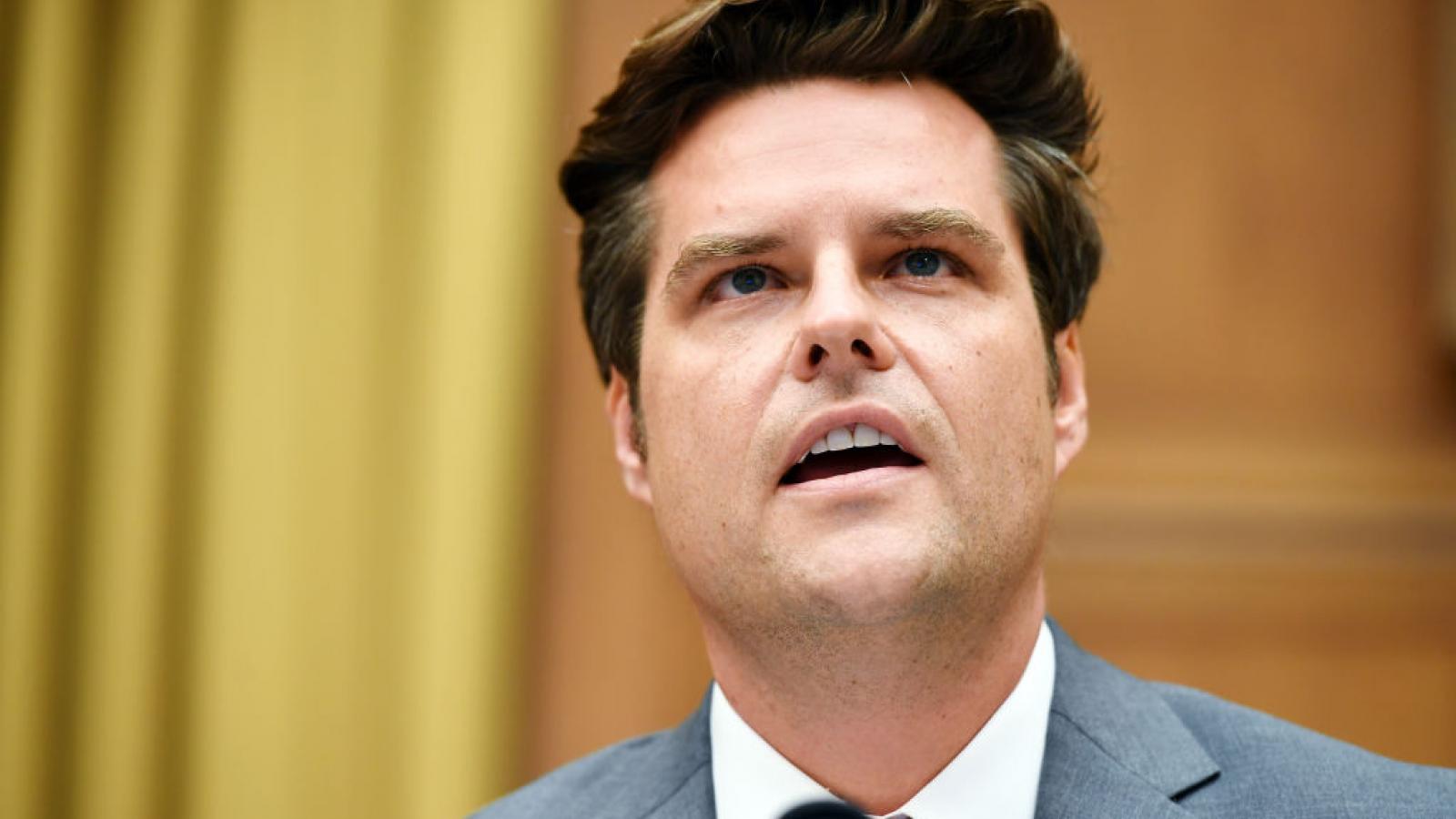 Rep. Matt Gaetz says that the Justice Department has informed his lawyers that he is the subject of an investigation.

According to Axios, the Florida Republican said that his lawyers were informed that "I was not a target but a subject of an investigation regarding sexual conduct with women."

"I only know that it has to do with women," Gaetz said, according to the New York Times. "I have a suspicion that someone is trying to recategorize my generosity to ex-girlfriends as something more untoward."

The New York Times reported that the GOP congressman is under investigation by the DOJ regarding if "he had a sexual relationship with a 17-year-old and paid for her to travel with him, according to three people briefed on the matter." The outlet reported: "The three people said that the examination of Mr. Gaetz, 38, is part of a broader investigation into a political ally of his, a local official in Florida named Joel Greenberg, who was indicted last summer on an array of charges, including sex trafficking of a child and financially supporting people in exchange for sex, at least one of whom was an underage girl."

Gaetz has pushed back against the allegations, which he says are untrue.

"I have not had a relationship with a 17-year-old. That is totally false. The allegation as I read it in the New York Times is that I've traveled with some 17-year-old in some relationship: That is false and records will bear that out to be false," Gaetz said on Tuesday night during an interview with Fox News Channel's Tucker Carlson.

The Sunshine State Republican says that he and his family have been targeted for extortion.

"Tonight I am demanding that the Department of Justice and the FBI release the audio recordings that were made under their supervision and at their direction which will prove my innocence and that will show that these allegations aren't true, they're merely intended to try to bleed my family out of money. And this former Department of Justice official tomorrow was supposed to be contacted by my father so that specific instructions could be given regarding the wiring of $4.5 million dollars as a down payment on this bribe. I don't think it's a coincidence that tonight, somehow, the New York Times is leaking this information, smearing me and ruining the investigation that would likely result in one of the former colleagues of the current DOJ being brought to justice for trying to extort me and my family," Gaetz said during the interview with Carlson.

The congressman identified the former DOJ employee whom he alleges engaged in attempted extortion as a person named David McGee.

"I have definitely, in my single days, provided for women I've dated. You know, I've paid for flights, for hotel rooms. I’ve been, you know, generous as a partner. I think someone is trying to make that look criminal when it is not," Gaetz said to Axios, but the outlet reprorted that the lawmaker expressed complete confidence that none of the women were minors.

Gaetz has released this statement: "Over the past several weeks, my family and I have been victims of an organized criminal extortion involving a former DOJ official seeking $25 million while threatening to smear my name. We have been cooperating with federal authorities in this matter and my father has even been wearing a wire at the FBI's direction to catch these criminals.

"The planted leak to the New York Times tonight was intended to thwart that investigation. No part of the allegations against me are true, and the people pushing these lies are targets of the ongoing extortion investigation. I demand the DOJ immediately release the tapes, made at their direction, which implicate their former colleague in crimes against me based on false allegations."