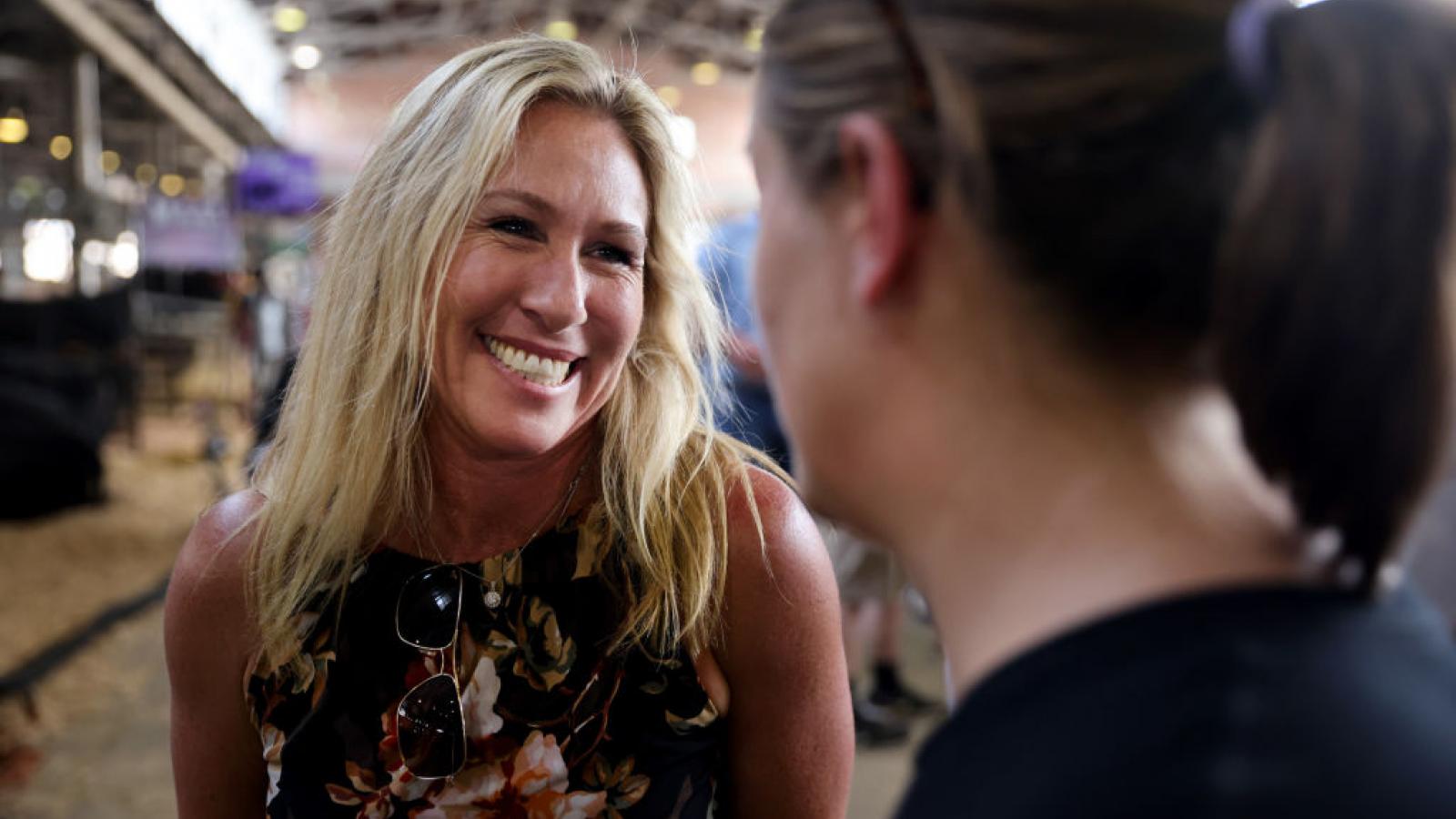 Georgia Rep. Marjorie Taylor Greene is not thrilled with her governor, a fellow Republican.

On the Friday edition of the "John Solomon reports" podcast, the outspoken, first-term lawmaker said she is "pretty upset with my own state governor, Brian Kemp, for just openly saying ... that he would welcome in Afghan refugees."

Following the Taliban solidifying its takeover this past weekend of Afghanistan, U.S. military planes and commercial charters have been departing the Kabul international airport with Americans and Afghans aboard.

"I want them vetted out of the country," Greene about the Afghan refugees. "I just think we need to be smarter about that."

"I don't want Minneapolis in Georgia," she said, "especially after we saw those refugees produce Ilhan Omar."

Minneapolis has one of the largest Somali diaspora populations in the country. The number of Somali-born individuals now residing in the Twin City-area is close to 50,000 – with the broader Somali community numbering closer to 80,000.

Greene says she is sympathetic to helping to evacuate Afghan allies in the Taliban-controlled nation, though she remains "a big supporter of (former President) Trump's strong border policies, especially the 'Remain in Mexico' policy," and wishes to remain "pretty picky about who comes in."