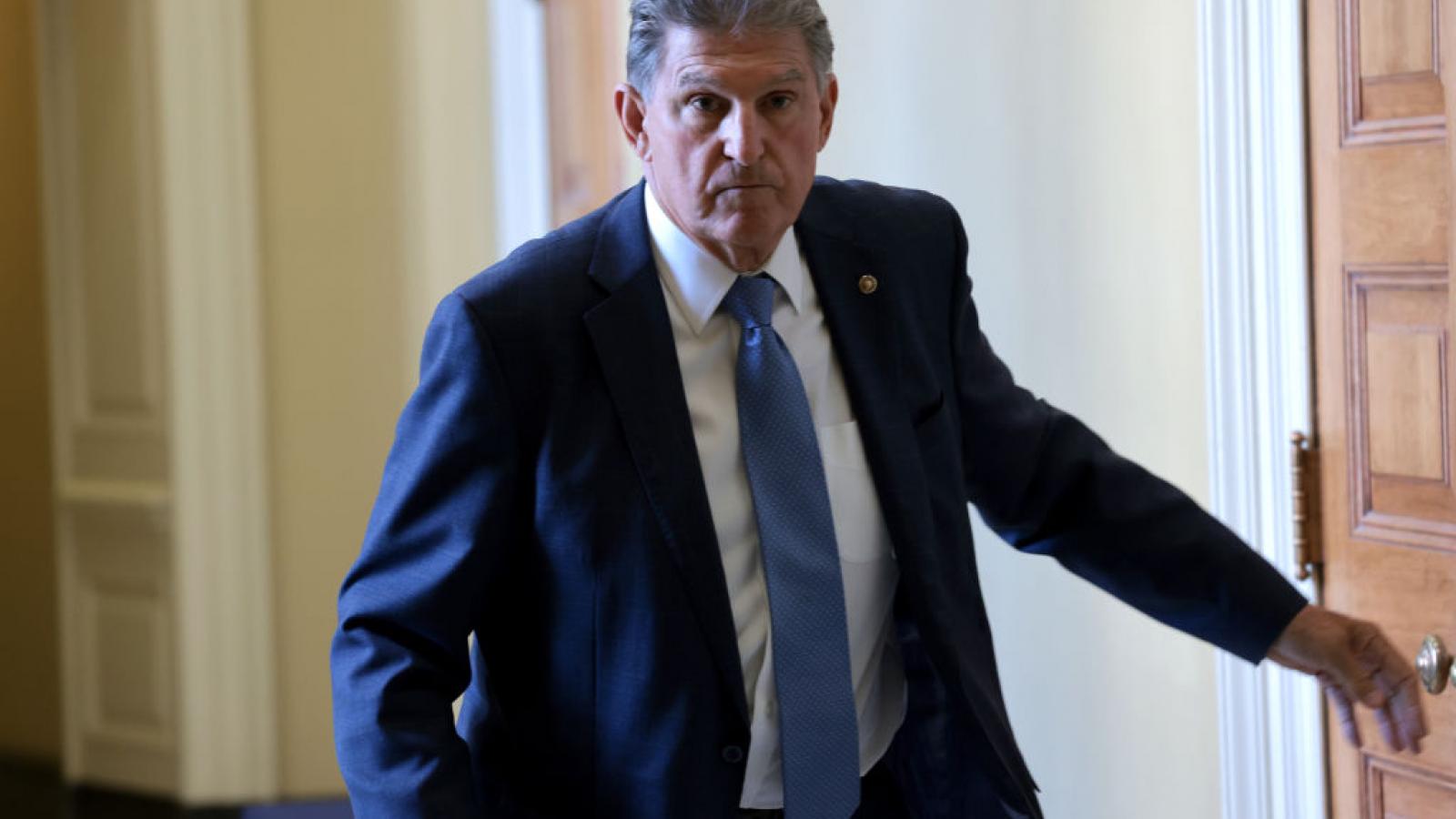 Manchin on Oct. 7, 2021
(Photo by Win McNamee/Getty Images)
By Just the News staff

A Huffington Post reporter says Sen. Joe Manchin called him "bull****" when he asked the West Virginia lawmaker about whether he indeed opposes keeping an extension of the enhanced federal child tax credit in Washington Democrats' trillion-dollar Build Back Better measure.

Reporter Arthur Delaney, over two tweets Wednesday, described an exchange with Manchin about whether the senator wants the enhanced credits to remain in the roughly $2 trillion bill.

"I had asked if it was true he wanted CTC out of BBB," Delaney posts. "'I've always been for child tax credits,' he said."

Delaney writes that he followed with the question on whether Manchin "wants it to continue paying parents $300 a month, and he said he was not going to 'negotiate' with me and that I'm bullshit."

His first tweet, shortly before noon reads: "'This is bullshit. You're bullshit,'" Joe Manchin just told me."

The benefits were approved this past spring as part of the American Rescue Plan in an effort to help families with children reduce their tax liability. The changes also included monthly payments from the federal government, with the last going out Wednesday.