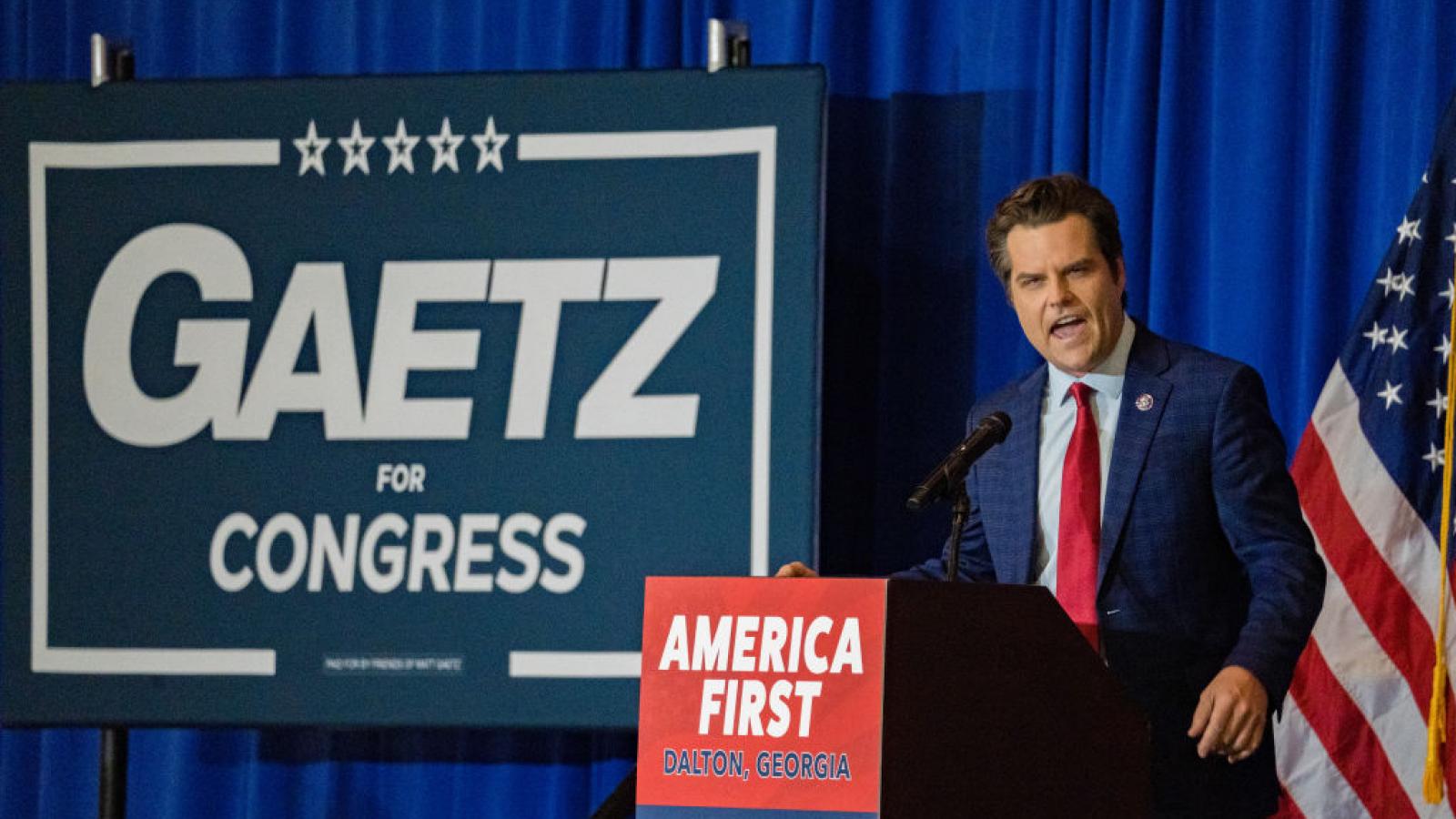 Rep. Steve Scalise, the House's No. 2 Republican, has met privately with fellow GOP congressman Matt Gaetz to discuss his comments on leaked audio tapes in which he said Gaetz might have acted illegally in comments related to the Jan. 6 Capitol riot.

Gaetz, a conservative firebrand, and Scalise, the House Minority whip, met privately Wednesday on Capitol Hill, after some of the contents of the tapes were made public while the House was on a two-week recess.

The meeting follows several days of Gaetz, of Florida, loudly condemning the comments by Scalise, of Louisiana, and Minority Leader Kevin McCarthy in excerpts of the tapes, which are central the book "This Will Not Pass: Trump, Biden, and the Battle for America's Future" by New York Times reporters Jonathan Martin and Alex Burns, to be published May 3.

Scalise allegedly says in the tapes that Gaetz may have acted "illegally" in his criticism of Wyoming GOP Rep. Liz Cheney in connection with the January 2021 riot.

Cheney is a vocal critic of former President Trump and was a member of House leadership before being removed in May 2021.

Scalise in Wednesday's meeting purportedly did not offer Gaetz a full apology but told him, "I'm sorry if this caused you problems," according to Politico.

Scalise said he made the comments heard on the tape during a time in which he didn't have a full understanding of the facts.

"I still haven’t been able to get all the details of what those accusations were, but I was being told things, and I know members were getting death threats, and I was just very sensitive to that," Scalise also told Politico.

He also said "a lot of things were being told," in the aftermath of the riot.

"Some turned out to be accurate, some not," he continued. "In his case, we haven’t gotten the details of the things that were all said about [Gaetz]. But, you know, clearly those things didn’t happen, because he was never charged with anything related to it."

As he departed the meeting, Gaetz declined to make a statement other than that he wanted "to reflect on it further."

Martin and Burns held the contents of the tapes for about a year.

Despite the problems the tapes have caused Scalise and McCarthy, particularly about what he said about then-President Trump, House Republicans agreed this week their focus should be on winning this year's midterm elections.