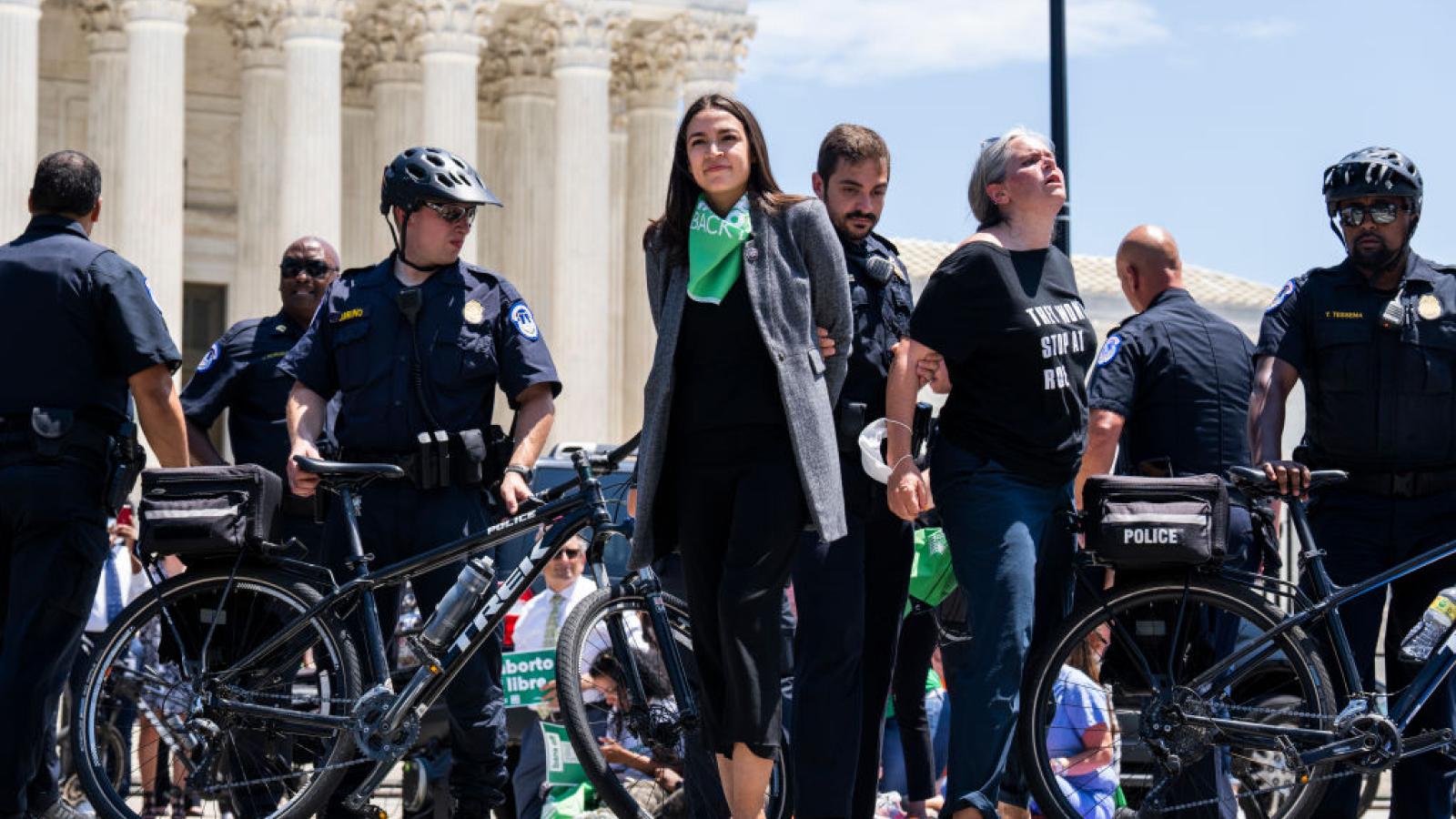 Several congressional Democrats, including Reps. Ilhan Omar and Alexandria Ocasio-Cortez, were arrested Tuesday outside of the U.S. Supreme Court during an abortion-rights protest for allegedly blocking traffic.

U.S. Capitol Police posted a warning Tuesday on Twitter to demonstrators, stating: "It is against the law to block traffic, so officers are going to give our standard three warnings before they start making arrests."