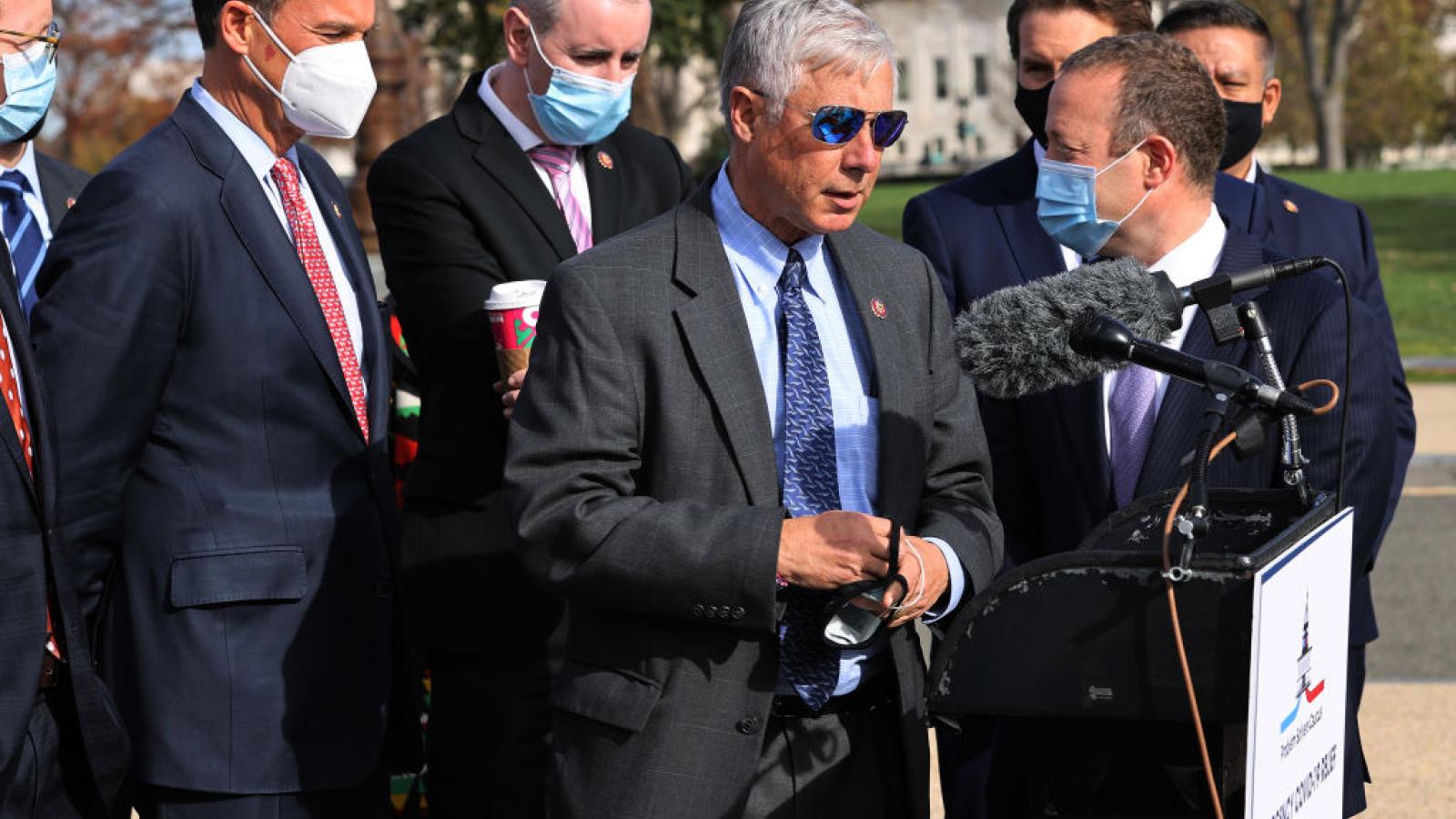 Republican Rep. Fred Upton says he has received over 1,000 calls, including multiple death threats, since he voted Friday to pass the bipartisan infrastructure bill – a measure he helped write earlier this year.

The calls began when fellow GOP Rep. Marjorie Taylor Greene, of Georgia, posted Upton's phone number online following the vote. She called him and the other 12 Republicans who voted for the bill "traitors."

An Upton spokesperson said 90% of the calls are coming from outside the congressman's district in southwest Michigan.

One man from South Carolina purportedly left a message in which he said, "I hope you die. I hope everybody in your f---ing  family dies."

In response to the threats, the congressman called the current congressional environment "polarized," and "toxic."

Upton, who voted in January to impeach then-President Trump, also called the situation on Capitol Hill "worse than I've ever seen before ... . This is not what our kids and families ought to be seeing."

Upton told the Detroit News that he is opposed to Democrats' larger spending package – known as Build Back Better –  and takes issue with the measure and bipartisan infrastructure being politicized as inherently tied to one another.

"I'm against it," he said. "But we're weeks away from seeing how this concludes, I hope it never gets to the finish line. But no longer are they connected, which is one of the arguments that was being used to oppose this."

The congressman, who has been in office since 1987, argued that the time is now to afford a desperately needed facelift to the country's infrastructure.

Michigan would receive about $10 billion in federal funding over the next five years, including $7.3 billion from federal highway programs, and another half billion for bridge replacements and repairs.

There is also money in the bill that will go toward helping to improve the state's water infrastructure, including lead service line replacement.