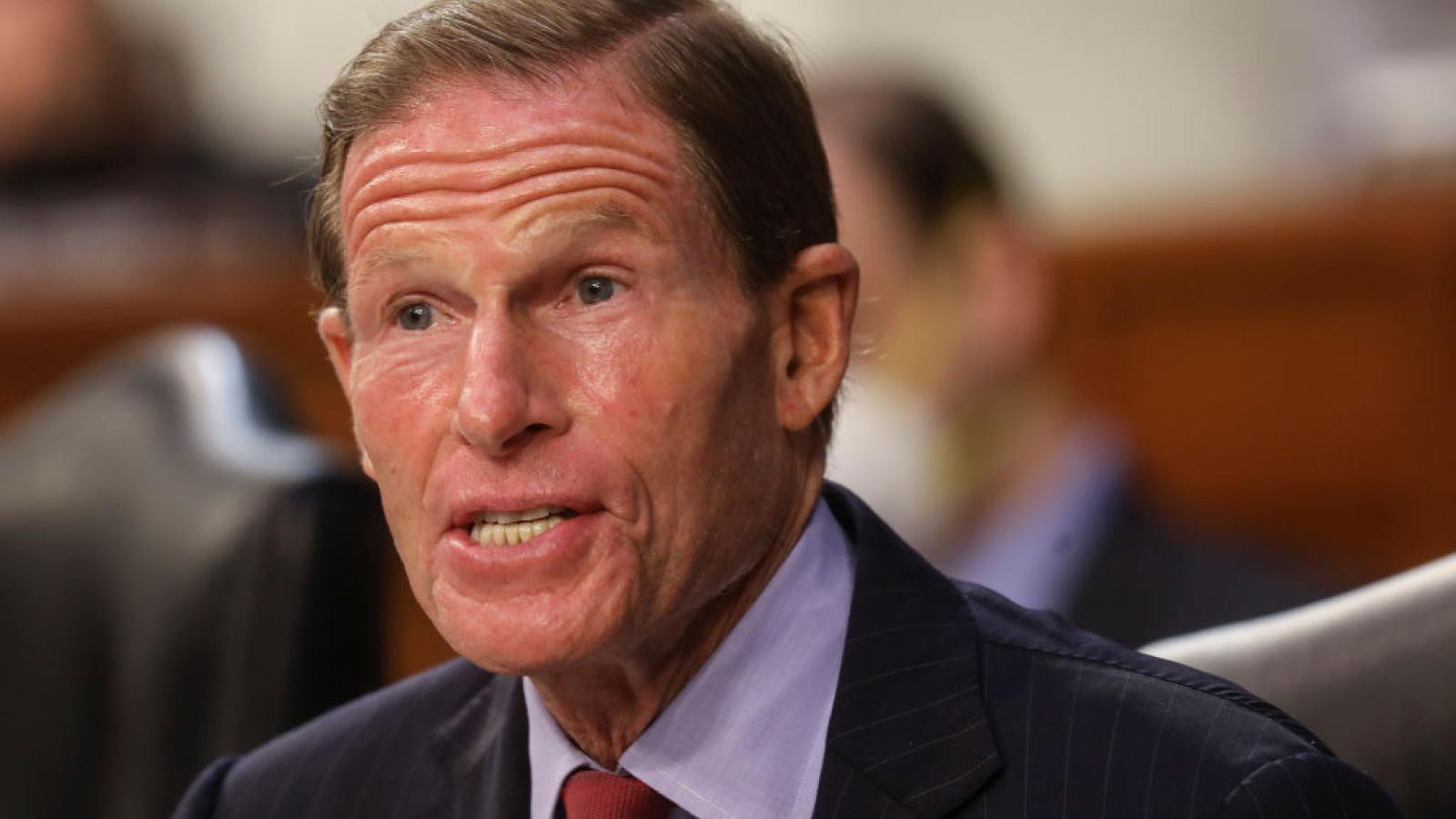 Sen. Richard Blumenthal (D-Conn.) says he regrets his participating in an awards event hosted earlier this month by the Communist Party of America.

On Dec. 11, Blumenthal attended an awards ceremony hosted by Communist Party USA affiliate the Connecticut People's World Committee. The lawmaker gave out three certificates from the Senate to winners of the "Amistad Award," honoring labor and social justice activism.

Blumenthal used the opportunity to promote the now-seemingly dead Build Back Better Act, as well as the Democratic party's efforts to pass elections legislation.

In an interview with the Hartford Courant, the senator said he believed he was attending "strictly a labor event."

"If I had known the details, I wouldn't have gone," he said.

Blumenthal was in attendance as event organizers actively encouraged viewers to join the Communist Party.

Event organizer Ben McManus said to viewers, "We invite you to join the Communist Party in this epic time as we make good trouble to uproot systemic racism, retool the war economy, tax the rich, address climate change, secure voting rights  and create a new socialist system that puts people, peace, and planet before profits."

Blumenthal is one of the wealthiest members of the Senate, owing the grand majority of his net worth to his wife's family's real estate fortune.

He seemed to downplay the backlash to his participation during the interview with the Courant.

"People are going to do what they're going to do. I'm just going to keep doing my job for the people of Connecticut. There's a lot at stake in the Senate right now – voting rights, the ongoing pandemic, making childcare affordable, lowering prescription drug prices. That's where my focus is," he said.