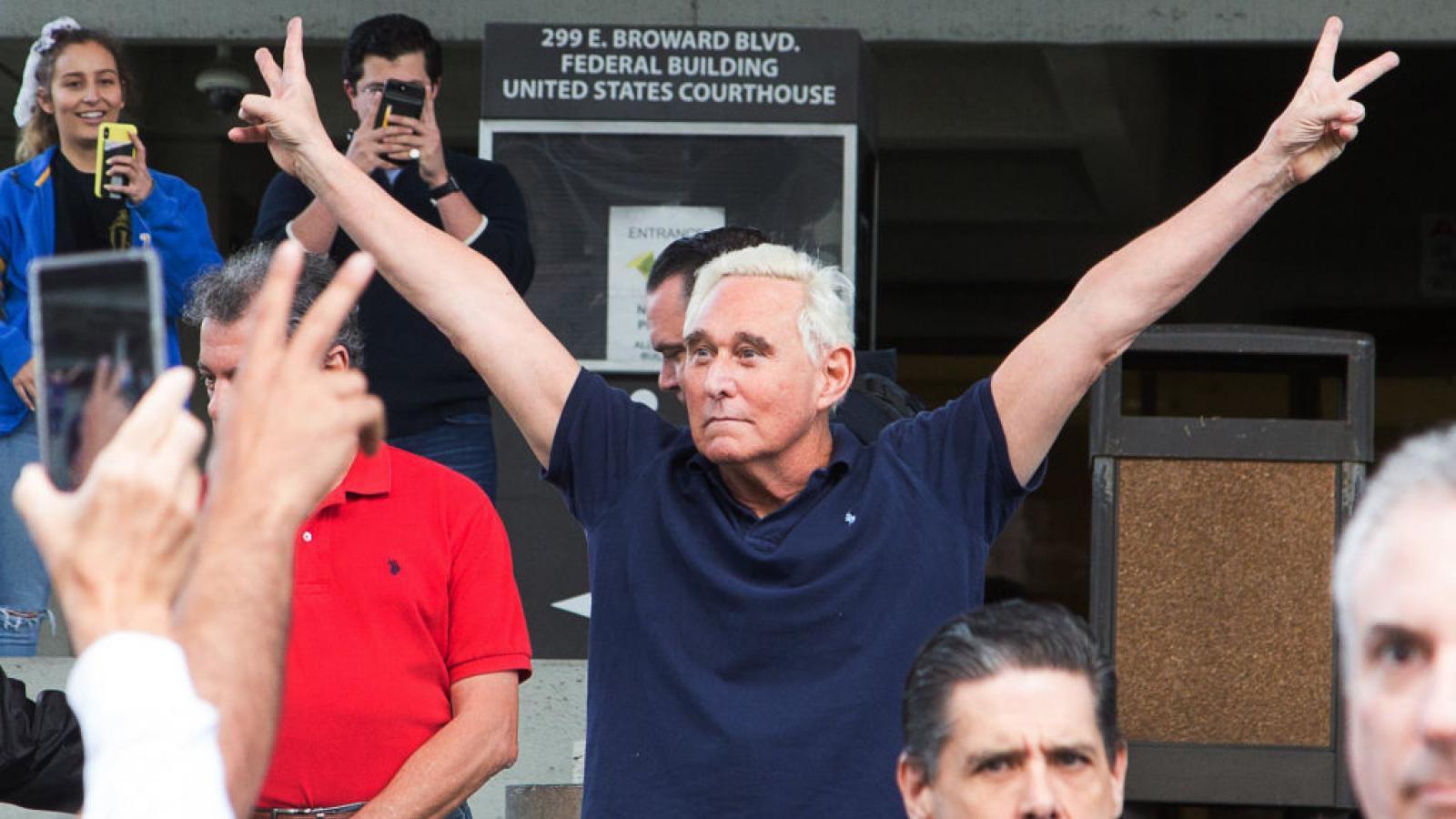 Roger Stone called Rep. Bennie Thompson (D-Miss.), the chairman of the House select committee investigating the Jan. 6 Capitol breach, a "buffoon" for equating a Fifth Amendment plea to a confirmation of guilt.

Thompson told MSNBC's Rachel Maddow several weeks ago that if "you want to assert the Fifth Amendment in terms of self-prosecution, it says that you have something to hide."

When a person asks to plead the Fifth, refusing to answer questions to avoid self-incrimination, that "in some instances, that says you are part and parcel guilty to what occurred," Thompson also claimed.

"That shows you how ignorant this buffoon is," Stone said during an interview Monday with Anna Perez of Real America's Voice.

"Read the Constitution and the law."

Earlier this year, Thompson filed a civil lawsuit against former President Donald Trump and attorney Rudy Giuliani. He dropped the lawsuit after being appointed to chair the Jan. 6 committee.

"He's not the unbiased chairman of a fact-finding committee," Stone said. "He's a partisan hack with an IQ of somewhere in the 70 range, in my opinion."

He called the fact that Thompson is in Congress a "disgrace."

"He clearly doesn't understand the law," Stone said, concluding with a warning to Thompson. "Don't worry congressman, when it's your turn — and it will be — when we have a new Congress and you are investigated, you'll have your chance to invoke the Fifth Amendment as well."

Stone was subpoenaed by the Jan. 6 committee last month. He appeared before the panel on Friday, where he pled the Fifth.