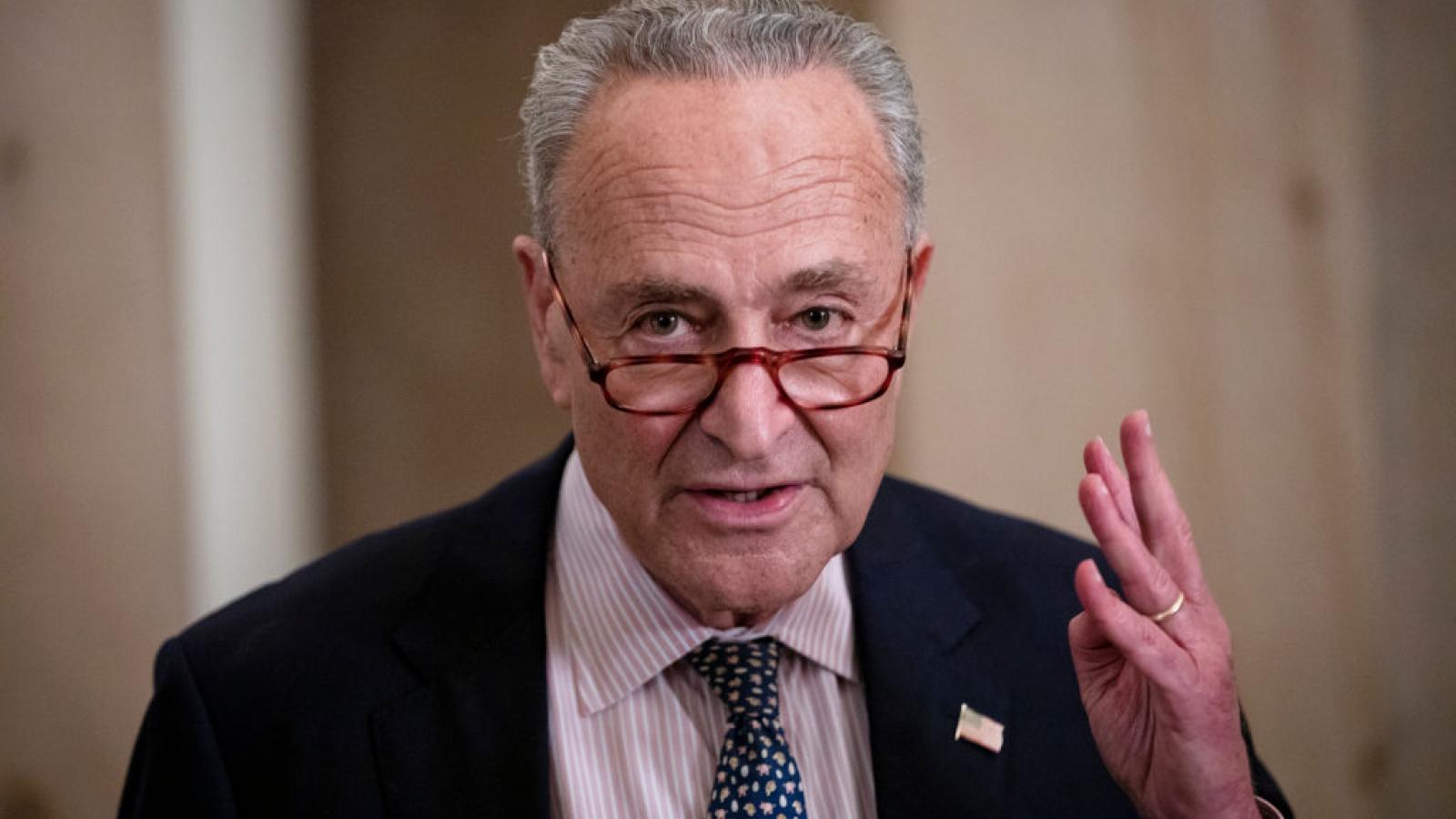 Senate Majority Leader Chuck Schumer said Wednesday that he will not immediately hold a vote on gun control legislation, following the mass shooting Tuesday at a Texas elementary school.

The New York Democrat says he does not think any such measure will attract enough bipartisan support to move forward.

Schumer says he will wait for members of his conference, including Connecticut Sen. Chris Murphy, to attempt to negotiate a compromise with Republicans on a measure that has never garnered the 60 votes in the 100-member chamber need to overcome the legislative filibuster.

"There are some who want this body to quickly vote on sensible gun safety legislation, legislation supported by the vast majority of Americans," Schumer said. "They want to see this body vote quickly so the American people can know which side each senator is on. ... I'm sympathetic to that, and I believe that accountability votes are important."

He also said: "If the slaughter of schoolchildren can’t convince Republicans to buck the NRA, what can we do? Sadly, this isn’t a case of the American people now knowing where their senators stand. They know. They know because my Republican colleagues are perfectly clear on this issue."

While Schumer gives his colleagues a chance to reach some type of compromise, he says it is up to the American people in November to cast their votes knowing where their representatives stand on issues including gun control.

"Americans can cast their vote in November for senators or members of Congress that reflect how he or she stands with guns," he said. "In the meantime, my Republican colleagues can work with us now. I know this is a slim prospect, very slim, all too slim. We've been burnt so many times before. But this is so important."

One possibility is that a "red flag" bill will move forward that would authorize and establish procedures for confiscating firearms from individuals who are determined to be a danger to themselves or others. Republican Sens. Lindsey Graham (S.C.) and Susan Collins (Maine) previously cosponsored such a bill introduced by Democratic Sen. Richard Blumenthal of Connecticut.