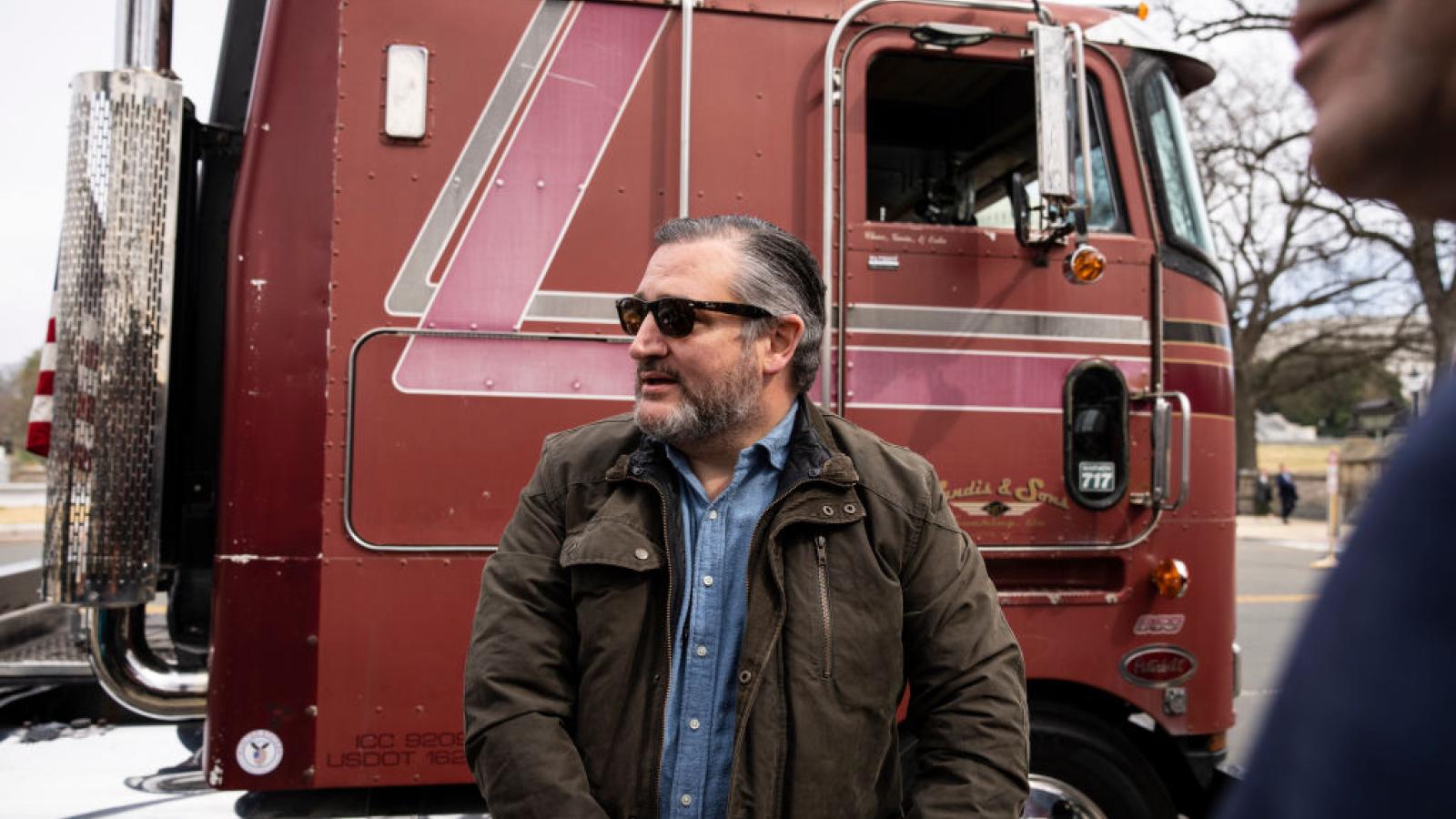 Sen. Ted Cruz (R-Texas) arrives with one truck from the Peoples Convoy at the U.S. Capitol
(Drew Angerer / Getty Images)
By Sophie Mann

Texas GOP Sen. Ted Cruz arrived at the U.S. Capitol on Thursday in a vehicle leading the honking trucker convoy that, since last weekend, has been circling Washington, D.C., in protest of COVID-19 restrictions.

Cruz rode with "People's Convoy" co-organizer Mike Landis, who drove a truck from western Maryland, before exiting the vehicle and holding a press conference with the truckers.

The truckers met Tuesday with Cruz and fellow GOP Sen. Ron Johnson, of Wisconsin, and Republican members of the House Transportation Committee.

Organizers of the convoy – patterned after an earlier one in Canada – says the caravan of long-haul trucks, SUVs, minivans and other vehicles, camped about 60 miles northwest of the nation's capital, will not leave the city until more lawmakers sit with them and their demands are met.

Among those demands, with all 50 states having already eased mask mandates, are a full rollback of the national state of emergency designation and the lifting of vaccine mandates.

The truckers are also adamant about wanting more congressional hearings on the origins of the virus and on the federal and state responses to the pandemic.

Cruz told the truckers that if Republicans regain the majority in Congress next year, he will fight for legislation that supports the desires of the group.

"It is insane that you have the left and corporate media that tell you it's wrong to ask for an ID to vote – that voter ID is a horrible, racist idea, which is nonsense," Cruz said at the press conference, at the foot of Capitol Hill. "But at the same time, they demand, 'show me your papers to lunch.' That's idiotic. That's none of their damn business."

Cruz, among the most conservative congressional Republicans, also said that he will attempt to vote "again" on legislation that rolls back vaccine mandates for active-duty military, federal civilian employees, federal contractors, and some private-sector workers.