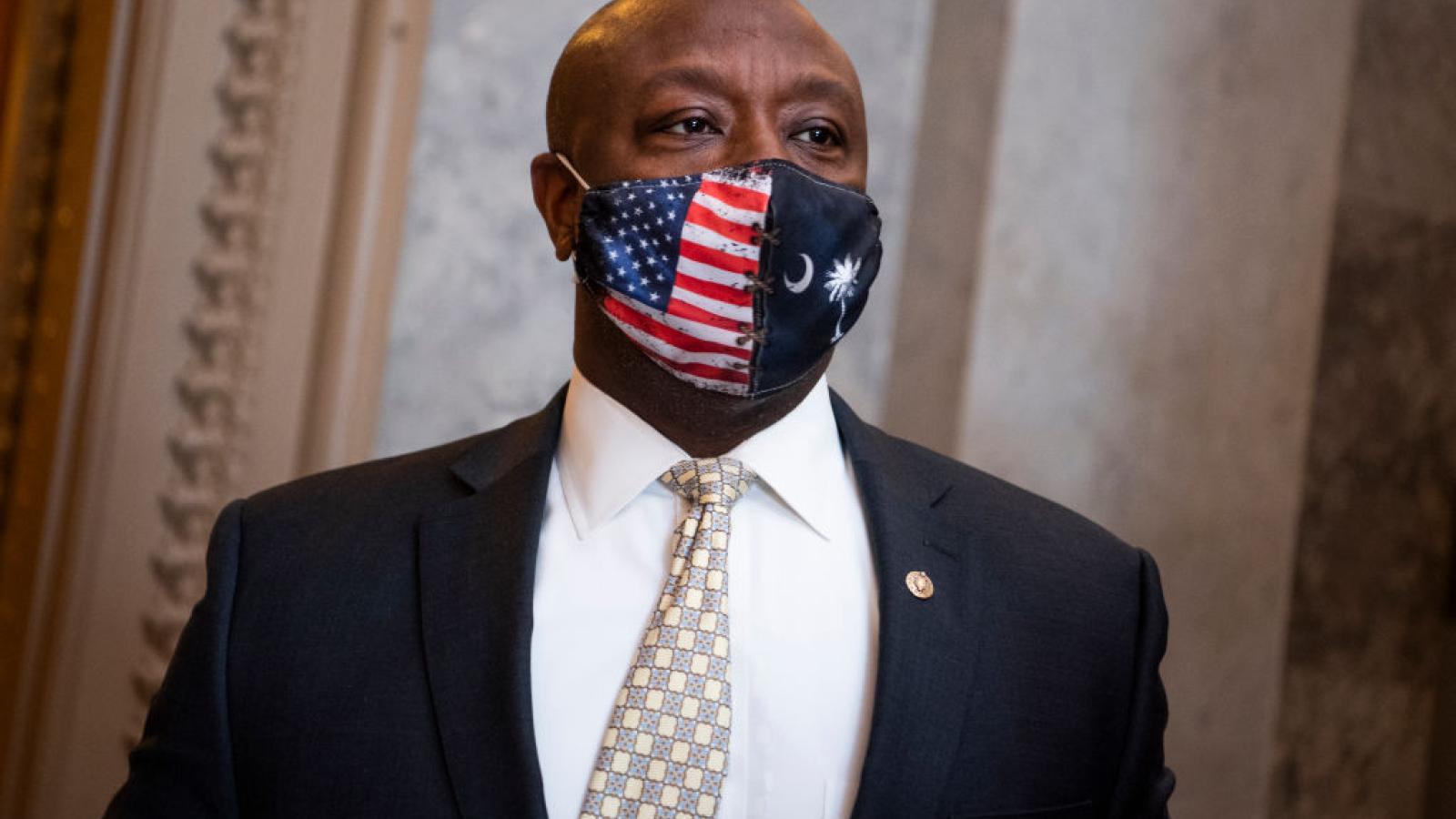 Senator Tim Scott during an interview on Face the Nation expressed optimism about reaching bipartisan consensus on police reform legislation.

The South Carolina Republican said on Sunday that "in a way this time, my friends on the left aren't looking for the issue, they're looking for a solution. And the things that I offered last year are more popular this year. That gives me reasons to be hopeful."

"I think through negotiations and conversations we are now closer on no-knock warrants and chokeholds and there's something called section 1033 that has to do with getting government equipment from the military for local police. I think we're making progress there too. So we have literally been able to bring these two bills very close together," the lawmaker said.

Scott, who is the only black GOP senator, delivered the Republican response after President Biden's first address before a joint session of Congress on Wednesday night.