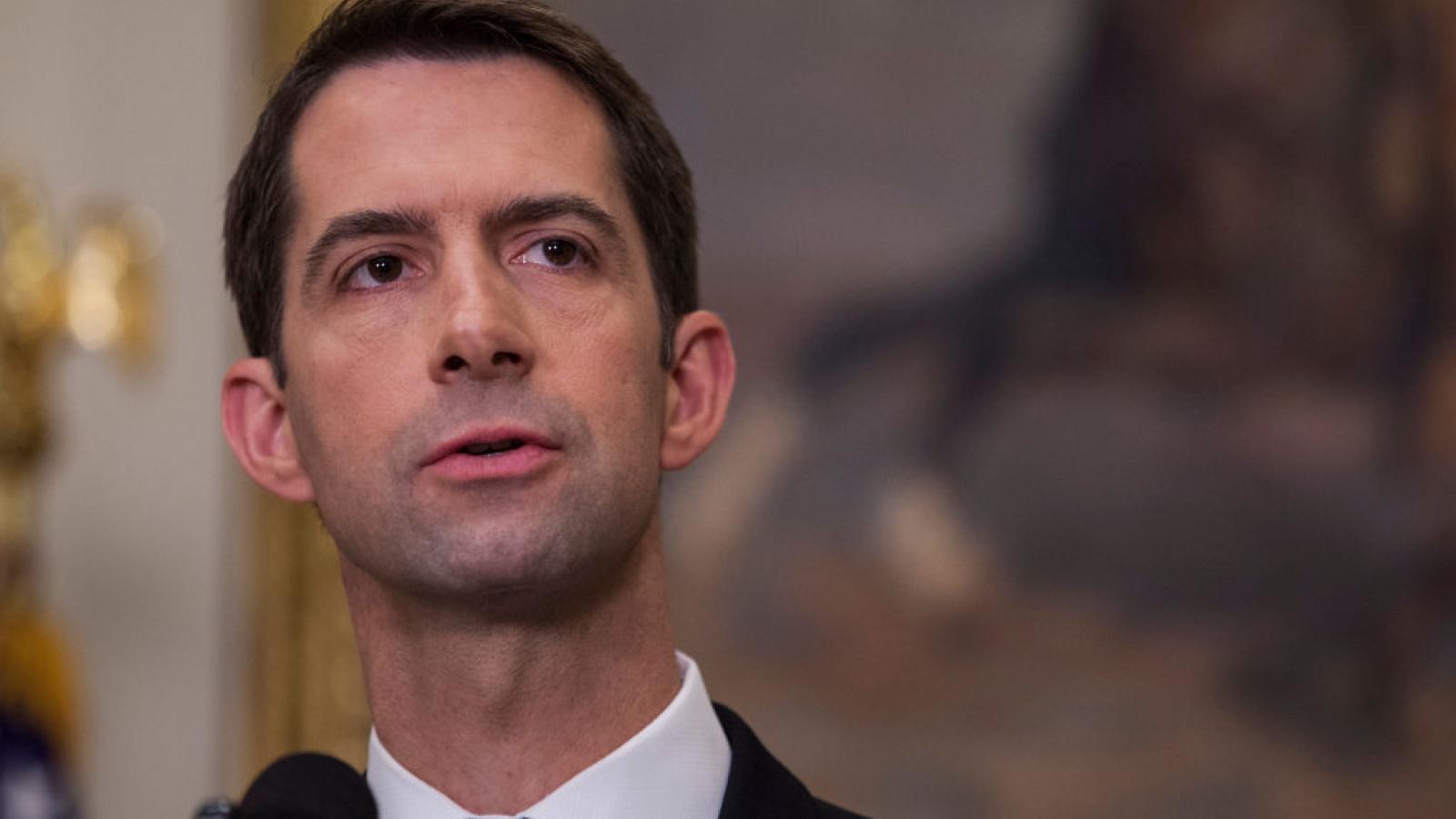 Sen. Tom Cotton mocked Majority Leader Sen. Chuck Schumer on the Senate floor Wednesday by repeating a 2005 speech the New York Democrat made in defense of the filibuster.

Repeating Schumer's speech, Cotton said: "Right now, we are on the precipice of a constitutional crisis. We are about to step into the abyss … Let me first ask a fundamental question: What is the crisis that calls for the undoing of two centuries of tradition? … Are … senators merely doing their jobs as legislators, responding to a generalized public calling for the abolition of the filibuster? Clearly not."

"It is the Senate where the Founding Fathers established a repository of checks and balances," Cotton read aloud. "It is not like the House of Representatives where the majority leader or the Speaker can snap his fingers and get what he wants. On important issues, the Founding Fathers wanted — and they were correct in my judgment — that the slimmest majority should not always govern. ... The Senate is not a majoritarian body."

Cotton repeated Schumer's statement that abolishing the filibuster would turn the Senate "into the rubber stamp of dictatorship." The statement is similar to President Joe Biden's the day prior when he accused conservatives of acting "totalitarian" in a speech on voting rights.

"They want to make this country into a banana republic where if you don’t get your way, you change the rules!" Cotton said, reciting what Schumer said in 2005 about Republicans. "Are we going to let them? It will be a doomsday for democracy if we do."

"Those are powerful words — but they’re not mine," Cotton said, shifting into his own voice.

Schumer "spoke so eloquently in defense of the Senate's rules, customs, and traditions when the fortunes of his party looked a little different," Cotton said, adding: "My, how times have changed. Now it's Senator Schumer's fingers that are hovering over the nuclear button, ready to destroy the filibuster for partisan advantage ... The narrowest majority in Senate history wants to break the Senate rules to control how voters in every state elect senators."

Schumer's words are "wise and eloquent" and still "true today," even if the New York senator no longer agrees with them, Cotton chided.