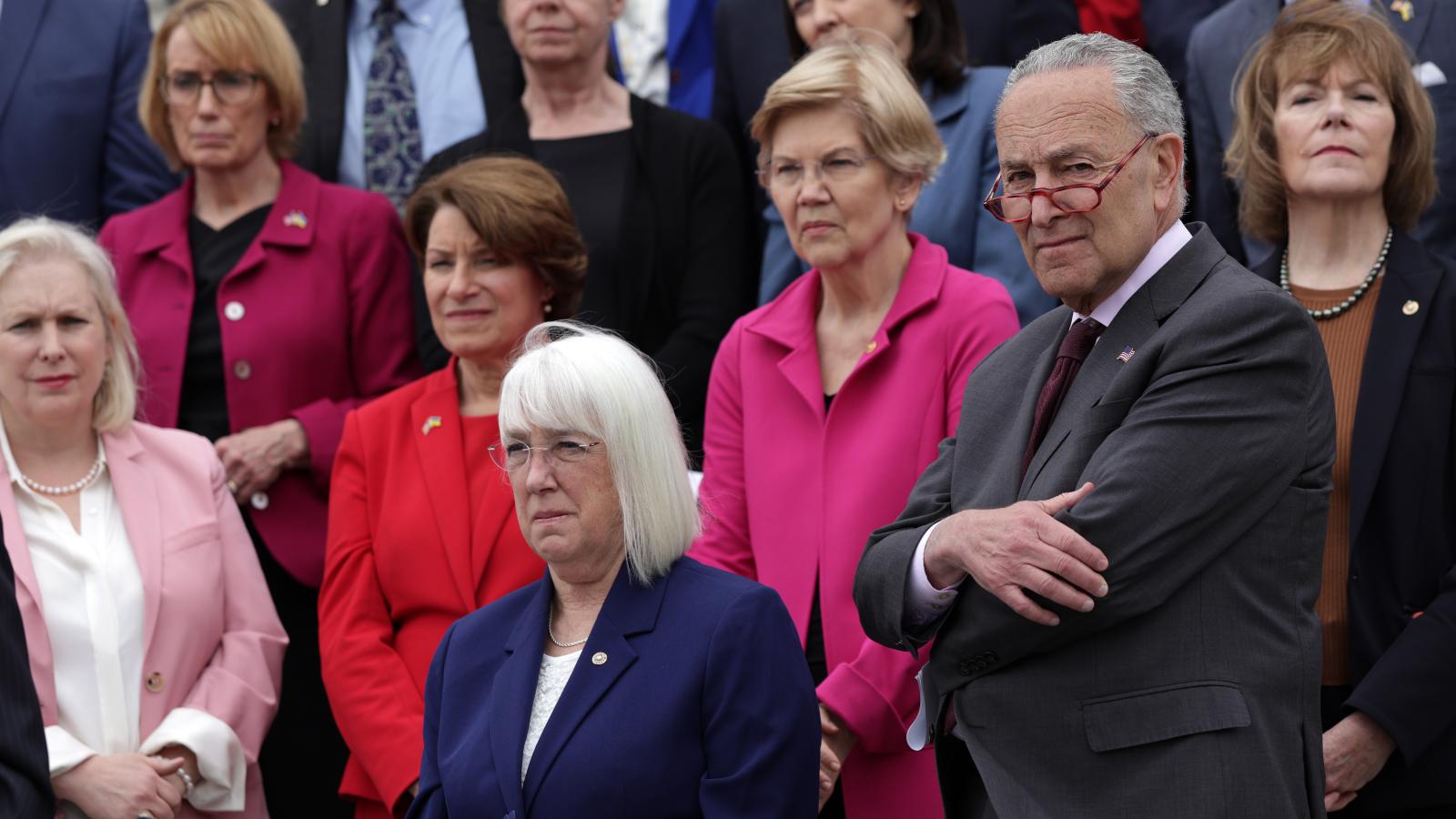 Outraged Senate Democrats are planning to force Republicans to vote on a bill to ensure abortion access following Politico's leaked Supreme Court opinion that would strike down Roe v. Wade.

The legislation is expected to fail in the evenly-split Senate due to Sen. Joe Manchin (D-W.Va.) and Sen. Krysten Sinema's (D-Ariz.) opposition to abolishing the legislative filibuster, The Hill reported.

"The Senate will hold a vote on legislation to codify the right to an abortion in law. This is not an abstract exercise. This is urgent," Senate Majority Leader Chuck Schumer (D-N.Y.) wrote on Twitter.

"We will vote on protecting a women’s right to choose, and every American is going to see which side every senator stands on," he added.

"Regardless of the Court’s final decision, we must enshrine into law the right to make one's own reproductive health care choices," Senate Majority Whip Dick Durbin (D-Ill.) said Tuesday.

Even if Republicans do not invoke the filibuster, which requires 60 votes for legislation to pass, the bill is unlikely to receive unanimous Democratic support due to Manchin's pro-life views.