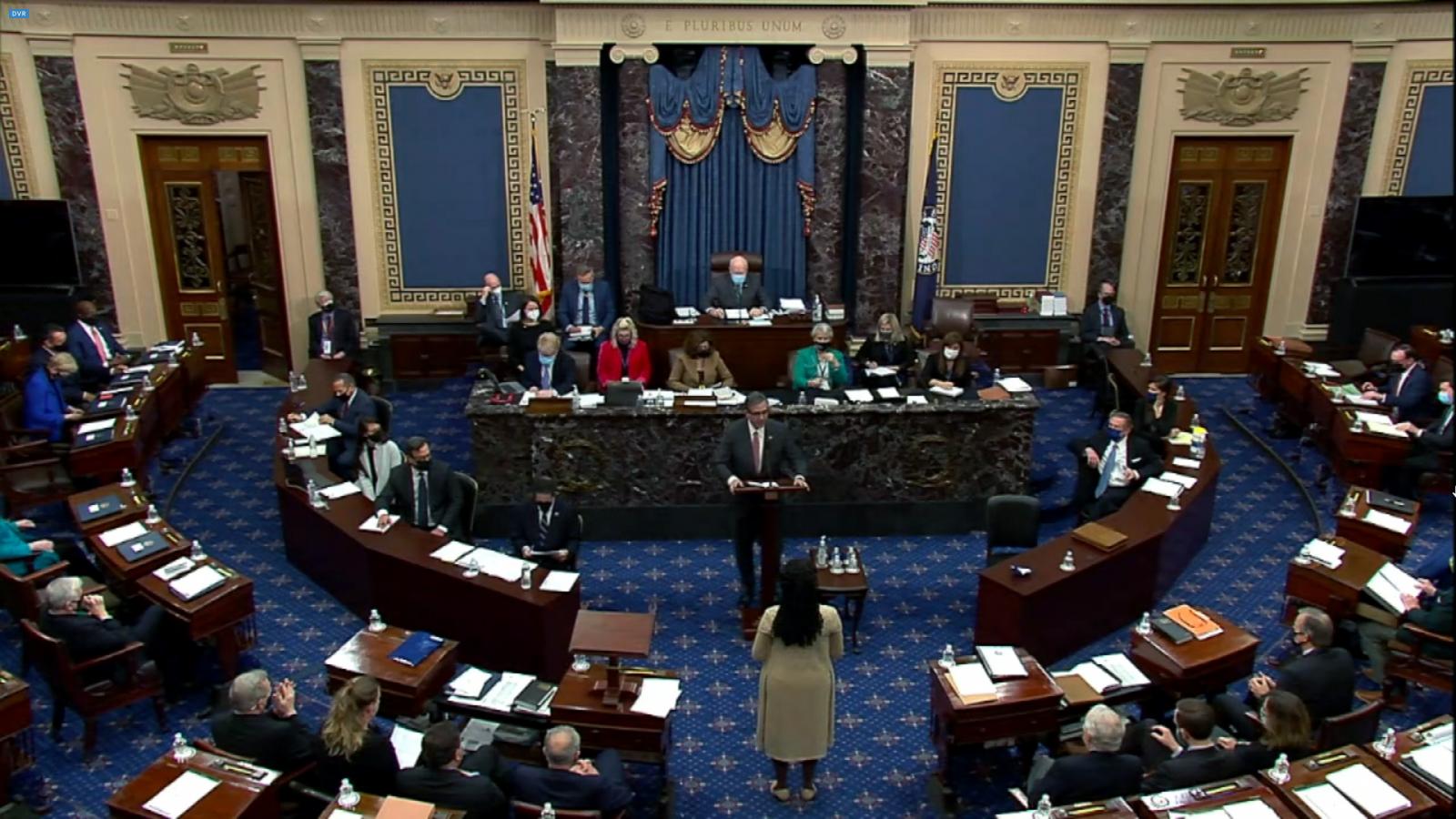 Senate floor during impeachment
(Photo by congress.gov via Getty Images)
By Nicholas Sherman

The Senate parliamentarian is expected this week to release her decision on whether Majority Leader Chuck Schumer can use a parliamentary maneuver known as budget reconciliation to pass President Biden's $2 trillion infrastructure plan with a simple, 51-vote majority.

Senate Parliamentarian Elizabeth MacDonough was expected Friday to release her decision. However, the announcement was likely delayed because of the security incident Friday in which a U.S. Capitol Police officer was killed, according to Punchbowl News.

Schumer's office has purportedly asked MacDonough whether Senate Democrats can use budget reconciliation to pass the infrastructure bill after having used the maneuver last month to pass a $1.9 trillion coronavirus relief package.

The Senate has since the maneuver was established in 1974 typically used it only once a year to pass a bill.

The Senate is split 50-50 between Democrats and Republicans, but Democrats have the tiebreaker vote in Vice President Kamala Harris.

MacDonough recently ruled the Senate could not use the measure to pass a $15 minimum wage increase in the coronavirus relief package.