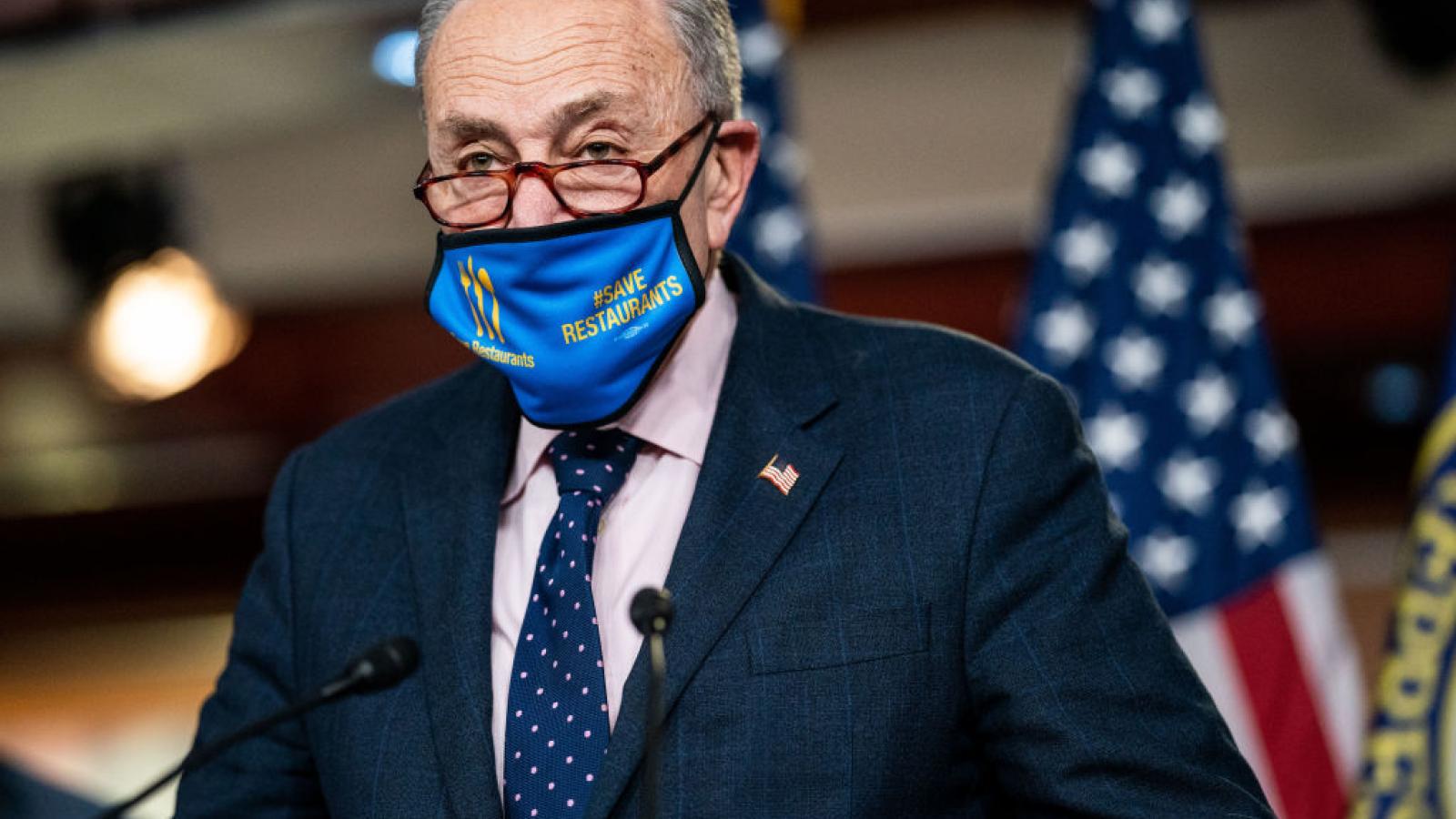 The Senate chamber will "take up" the $1.9 trillion coronavirus relief proposal this week, according to Senate Majority Leader Chuck Schumer.

"The Senate will take up the American Rescue Plan this week. I expect a hardy debate and some late nights, but the American people sent us here with a job to do, to help the country through this moment of extraordinary challenge," the New York Democrat said on the Senate floor, according to The Hill.

While the House already approved the proposal early Saturday morning, it is anticipated that the Senate will make alterations, including the elimination of a provision for a minimum wage hike to $15 per hour, which the Senate parliamentarian advised would not comport with chamber rules regarding reconciliation.

The House will have to approve the bill again before it heads to President Biden since the Senate is going to make changes, The Hill noted.