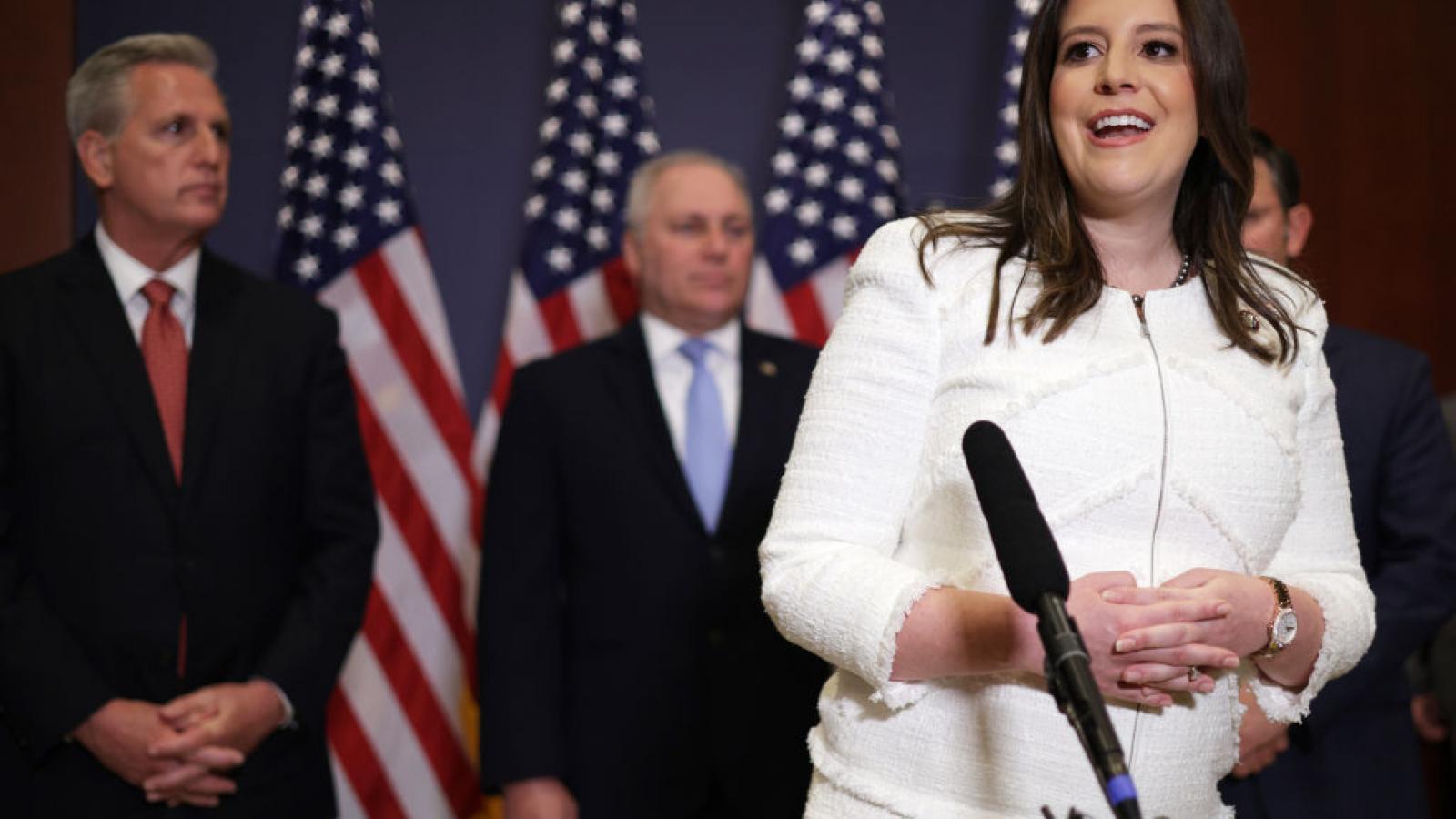 "Congresswoman Marjorie Taylor Greene was elected to represent over 700,000 people in Georgia," Stefanik, the House Republican Conference chairwoman,  tweeted Tuesday. "Twitter just permanently banned her account. #BigTech tyranny must be stopped. It is an attack on our fundamental Constitutional rights and freedom of speech."

Though both are among the more conservative members of the GOP conference, Stefanik has a less provocative brand of politics compared to Greene, whose been punished across essentially all of social media and was removed from her committee assignments during the first full month of her membership in the House.

Greene said Wednesday on Newsmax TV that she was "grateful" for Stefanik's support "but it's actually the defense of free speech that we need to be fighting for."

Greene has become increasingly vocal about her belief that House leadership – namely Minority Leader Kevin McCarthy (R-Calif.) with whom Stefanik works closely – has not done enough to defend members of his party facing persecution by House Democrats.

Stefanik, who runs a PAC designed to elect more female Republicans to Congress, recently announced a fresh round of endorsements for the upcoming midterm election, which includes a number of MAGA-supporting candidates.

In the crowded race for the GOP nomination to fill the soon-to-be open senate seat in Ohio, Stefanik endorsed Jane Timken – chairman of the Ohio Republican Party.

"Jane was a crucial team member in President Trump's fight to Make America Great Again, and I'm confident she is the strongest candidate to carry that America First torch and defeat Democrats’ Socialist agenda in November," said Stefanik in a statement.