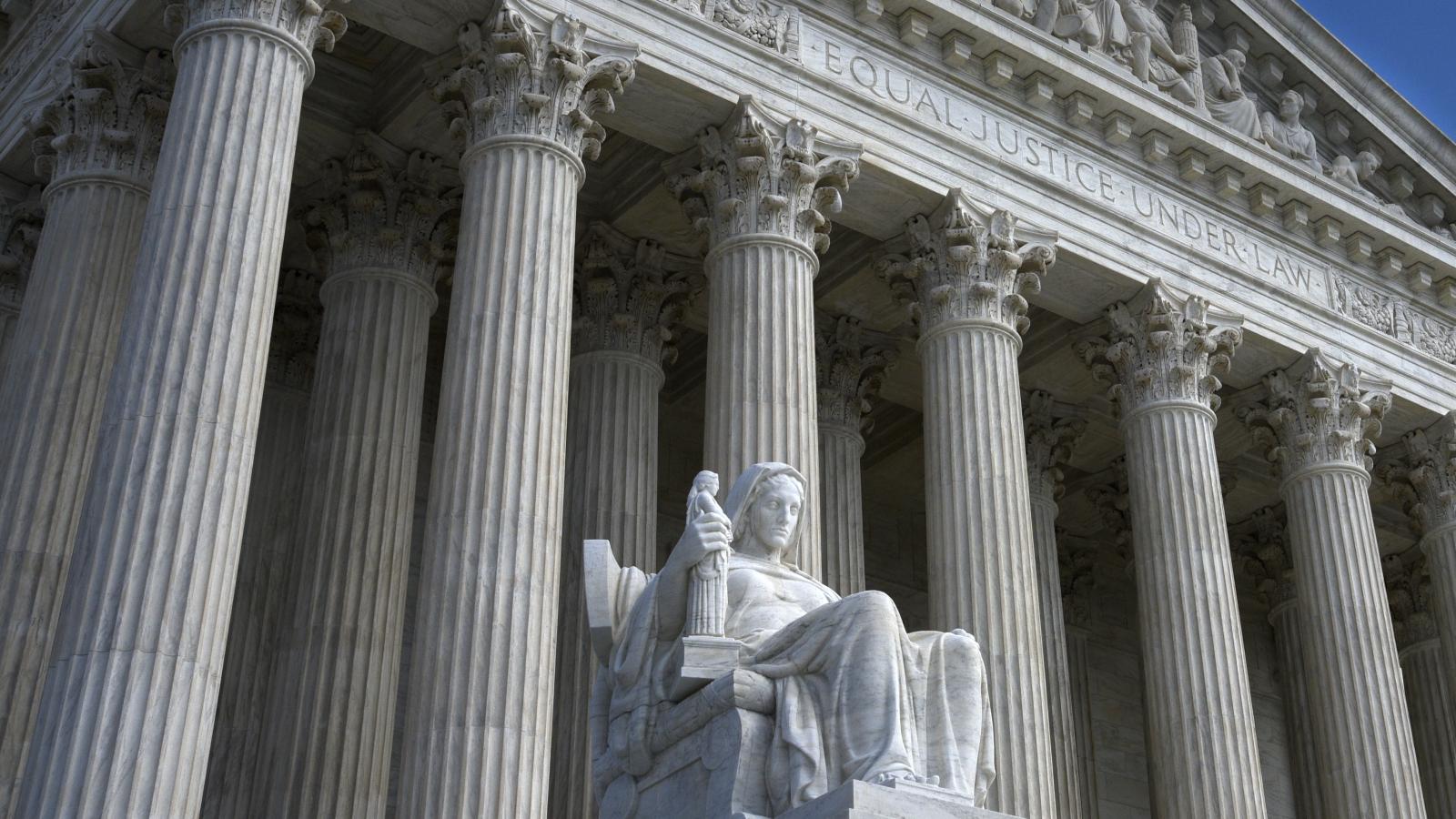 Support for a Democrat-backed measure to expand the number of justices on the Supreme Court — a practice known as court-packing — has regained some momentum following the leak last week of Justice Samuel Alito's draft opinion signaling the court will reverse the Roe v. Wade decision on abortion.

Since the leak, five additional House Democrats have added their support to the bill introduced last year.

Reps. Brendan Boyle of Pennsylvania, David Cicilline of Rhode Island and Californians Nanette Diaz Barragan, Mark DeSaulnier and Jimmy Gomez have attached their names to the legislation, bringing the total number of sponsors to at least 56.

"The draft decision from the Supreme Court on Roe is deeply concerning, and Congress must now use every tool at our disposal to protect a woman's right to choose," DeSaulnier said. "As the Supreme Court has become increasingly partisan and extremist, now more than ever we must expand the Court to preserve democracy and the personal liberties of millions of Americans, including the right to make one's own health care decisions."

The Judiciary Act of 2021 is a one-sentence bill that would expand the number of Supreme Court justices from nine to 13. It was introduced in April of last year by Democratic Reps. Hank Johnson of Georgia and Jerry Nadler and Mondaire Jones — both of New York.

A New Deal-era proposal by Democratic President Franklin Roosevelt to expand the size of the high court to as many as 15 justices went down to defeat in 1937 in a lopsided, bipartisan vote.

"A ruling party packing a nation's highest court is a rare national embarrassment even in less developed countries," the Senate Republican Policy Committee said last year. "If Democrats manage to pack the Supreme Court, our country would join the august ranks of Venezuela in 2004 and Argentina in 1989. That any Democrats are seriously considering a plan to pack the courts is a sad development for the United States."

When the proposal was introduced last spring, House Speaker Nancy Pelosi distanced herself from the controversial legislation saying she had "no plans" to bring it to the floor, though she supports a committee to investigate the issue.

When expanding the court was discussed last spring, Americans were generally opposed. Critics of the Democrat-led effort argue that attempts to pack the court are driven exclusively by a desire for rulings that fall more in line with a liberal agenda.