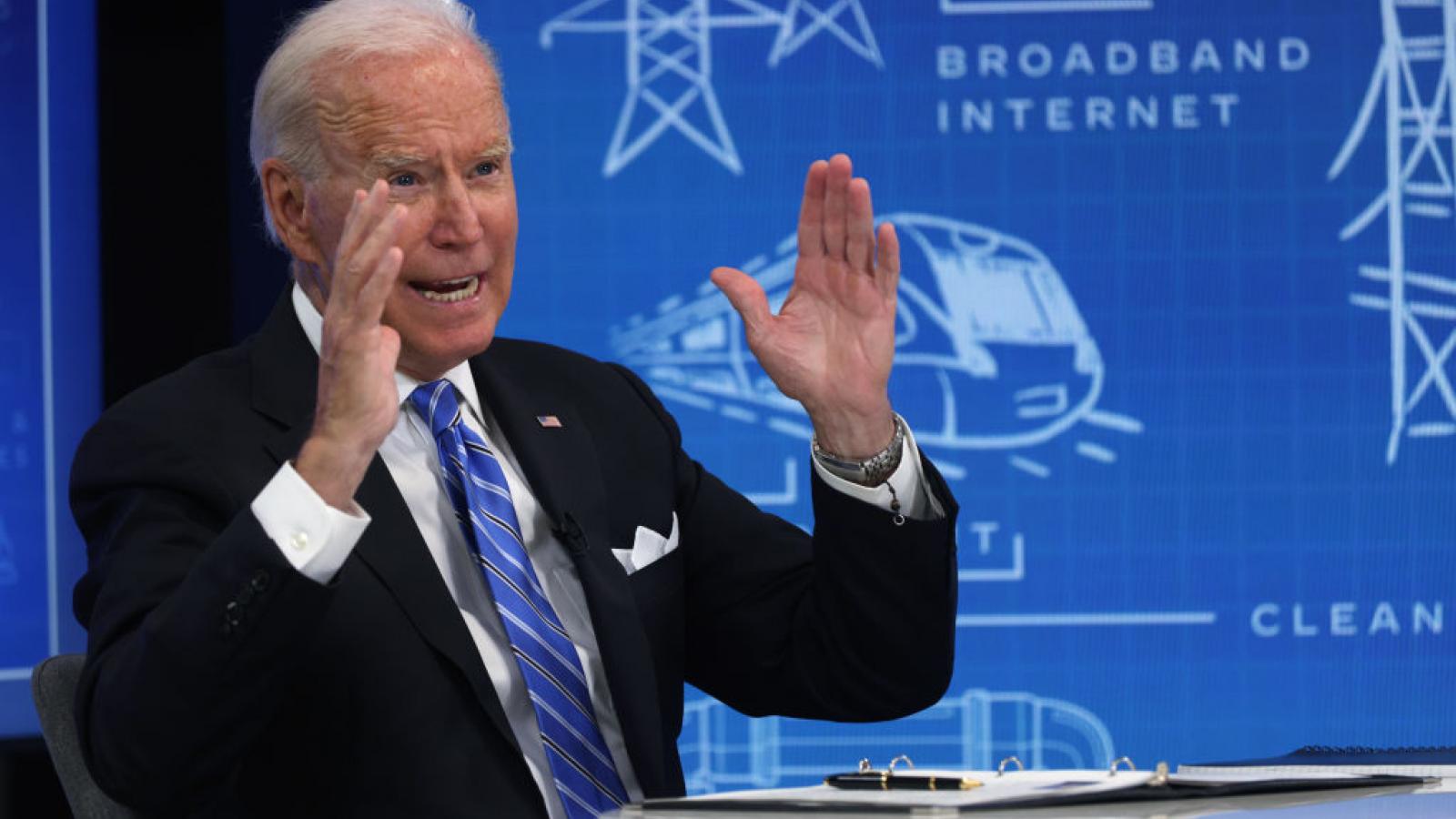 House Republicans are arguing against a Democratic proposal to increase the $7,500 taxpayer-funded credit for electric car purchases to as much as $12,500, arguing that it would disproportionately help wealthy Americans who can afford to buy pricey electric vehicles.

Democrats on the House Ways and Means Committee have proposed increasing the credit as part of their party's filibuster-proof $3.5 trillion budget reconciliation bill, which includes new social programs and billions for electric vehicle infrastructure.

Electric cars "can cost anywhere from 10 percent to over 40 percent more than a similar gasoline-only model," a Consumer Reports analysis found last year (although the study argued that estimated savings on things like fuel and repairs offset the higher purchase prices over time).

In 2020, electric cars accounted for only 2% of new passenger vehicle sales.

Under the latest version of the proposal, an increased credit of $12,000 would apply to union-made vehicles that are assembled in the U.S. and an extra $500 would be added if the vehicle contains 50% domestic parts.

"The current Ways and Means Committee draft makes the objective of accelerating the deployment of electrified vehicles secondary by discriminating against American autoworkers based on their choice not to unionize," Toyota manufacturing executives wrote in a letter to the committee on Monday. "This is unfair, it is wrong, and we ask you to reject this blatantly biased proposal."

The electric vehicle tax credit in Biden's original proposal capped out at $10,000.

"It will give consumers point of sale rebates and tax incentives to buy American-made EVs, while ensuring that these vehicles are affordable for all families and manufactured by workers with good jobs," reads the White House fact sheet about Biden's American Jobs Plan, which is part of his "Build Back Better" agenda.

West Virginia Republican Rep. Carol Miller, a member of the House Ways and Means Committee, argued that "it's hard to imagine how giving a tax break of $12,500 to someone buying a $74,000 electric vehicle is a way to help working class workers."

“It’s hard to imagine how giving a tax break of $12,500 to someone buying a $74,000 electric vehicle is a way to help working class workers.” Dems' proposed tax hikes are disastrous for Americans. Watch my remarks during @WaysandMeansGOP markup of Dems $3.5 trillion package: pic.twitter.com/eiyCqyed8J— Rep. Carol Miller (@RepCarolMiller) September 14, 2021

In addition to long recharging times, there is concern among consumers about the safety of driving electric vehicles. There have been reports of electric cars blowing up in owners' garages.

Electric vehicle fires are harder to fight than fires caused by combustion engine vehicles, posing a new set of challenge for firefighters.

The situation has prompted federal regulators to formally issue warnings to firefighters about the risks of electric car fires.

Biden's Build Back Better agenda calls for $174 billion in "electrification" spending, which is aimed at competing with China and combating climate change.

A study published in May found that China is responsible for more greenhouse gas emissions than the U.S. and other developed countries combined. Democratic congressional leaders are seeking to weave as much of Biden's agenda as possible into the forthcoming budget reconciliation bill.

"It will establish grant and incentive programs for state and local governments and the private sector to build a national network of 500,000 EV chargers by 2030, while promoting strong labor, training, and installation standards," reads Biden's plan.