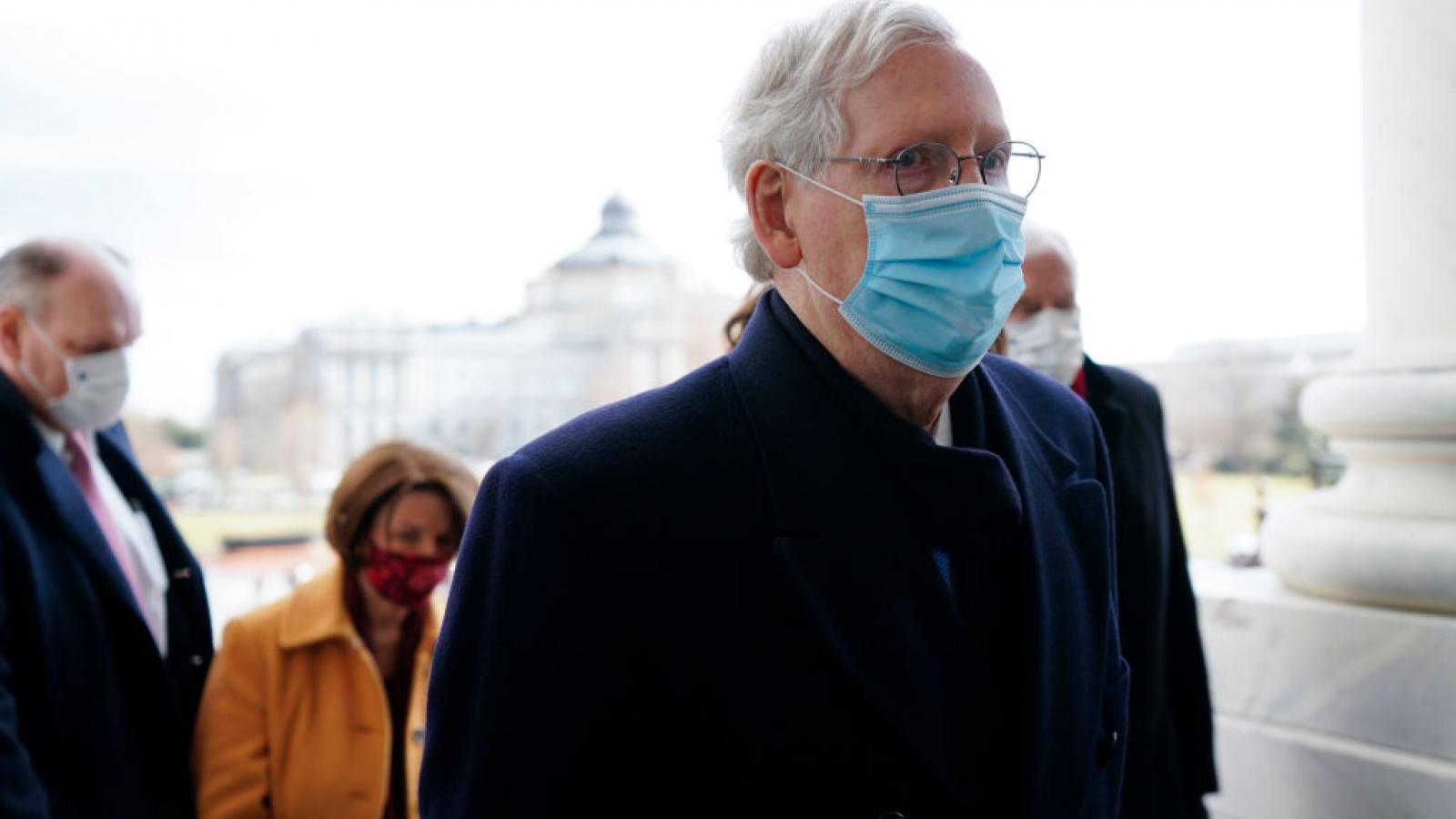 Former President Donald Trump on Saturday slammed the infrastructure negotiations playing out on Capitol Hill, claiming that Republicans should utilize the debt ceiling in order to strongarm a better deal.

“Joe Biden’s infrastructure bill is a disgrace,” Trump wrote in a statement. “If Mitch McConnell was smart, which we’ve seen no evidence of, he would use the debt ceiling card to negotiate a good infrastructure package.”

“This is a 2,700 page bill that no one could have possibly read—they would have needed to take speed reading courses,” Trump continued. “It is a gift to the Democrat Party, compliments of Mitch McConnell and some RINOs, who have no idea what they are doing.”

“There is very little on infrastructure in all of those pages. Instead, they track your driving so they can tax you. It is Joe Biden’s form of a gas tax but far bigger, far higher and, mark my words, far worse. They want to track you everywhere you go and watch everything you do!”

“Joe Biden’s infrastructure bill will be used against the Republican Party in the upcoming elections in 2022 and 2024,” he added. “It will be very hard for me to endorse anyone foolish enough to vote in favor of this deal.”