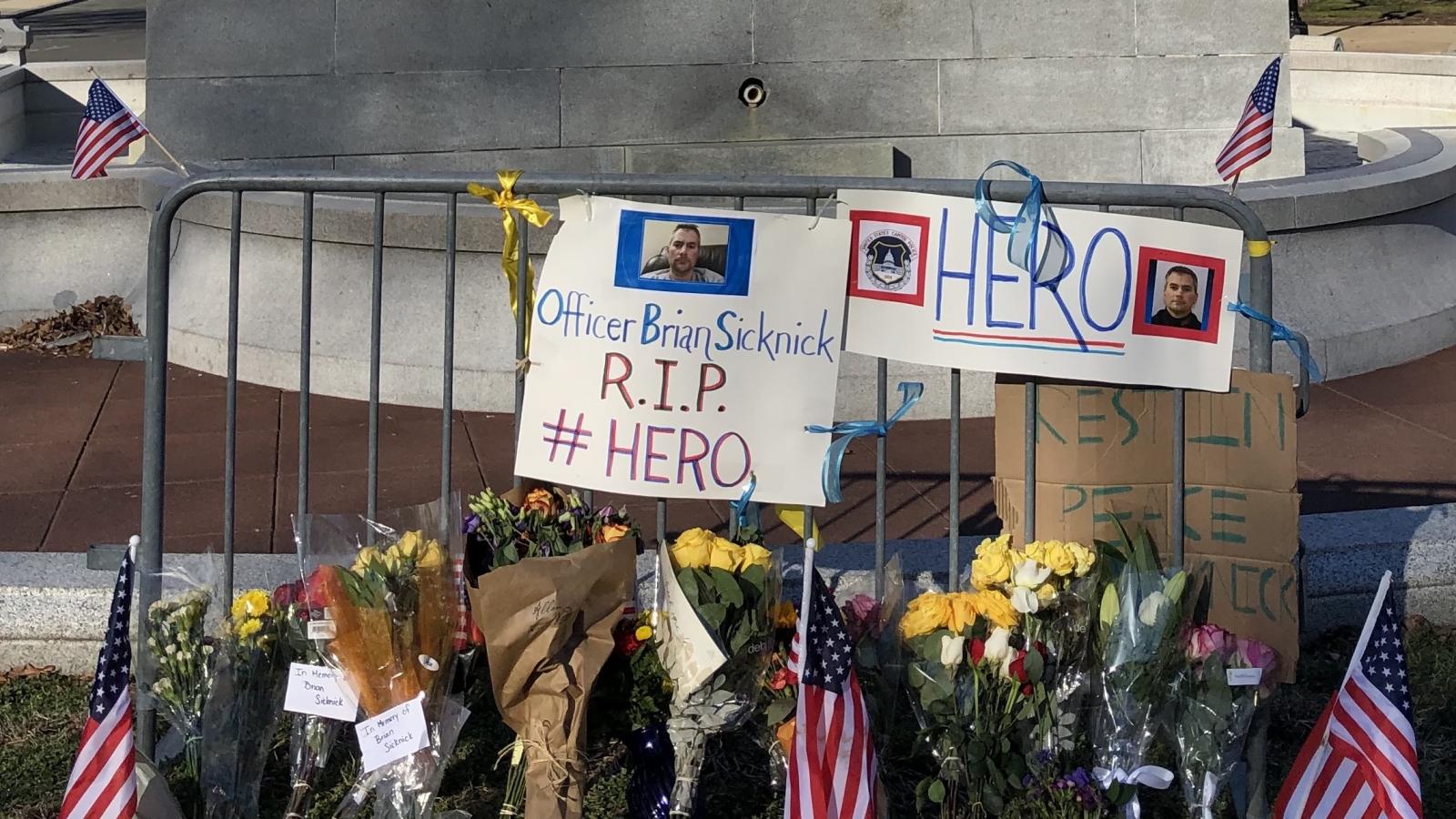 Memorial at base of Capitol Hill to Officer Brian Sicknick, killed in Jan. 6 siege.
(Just the News)
By Joseph Weber

Two men have been arrested and charged with assaulting U.S. Capitol Police Officer Brian Sicknick during the Jan. 6 riot at the U.S. Capitol Building. The men allegedly sprayed Sicknick with bear spray, but authorities have not determined whether the assault led to Sicknick's death.

The men charged have been identified a Julian Elie Khater, 32, of Pennsylvania, and George Pierre Tanios, of Morgantown, W.V., according to The Washington Post.

Sicknick purportedly collapsed in a command station after the riot.