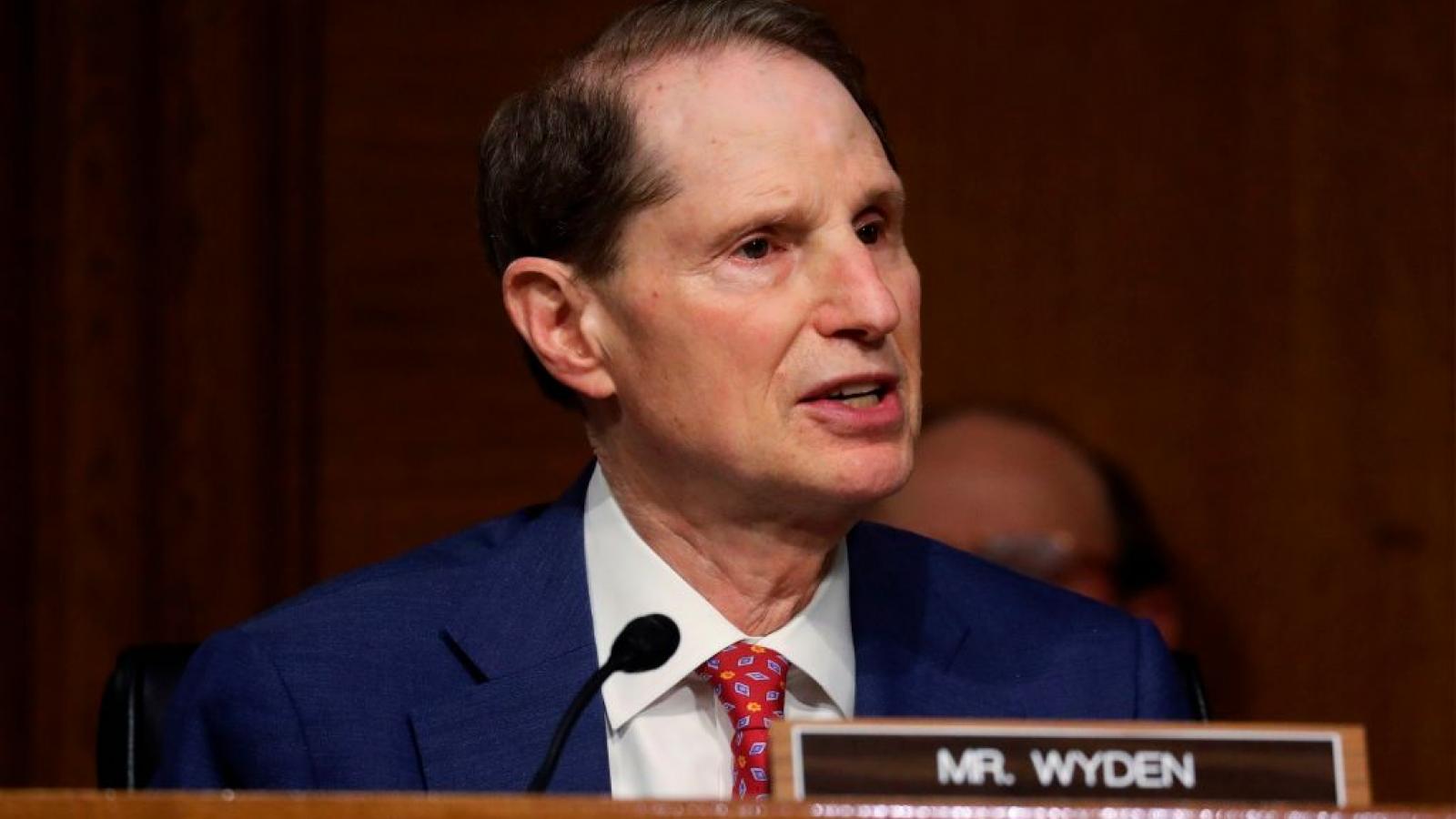 A group of Democratic senators is proposing changes to the international tax provisions of the 2017 tax reform law signed by former President Donald Trump in 2017.

The senators argue that the 2017 tax reform law, in its current form, encourages large multinational corporations to send jobs overseas.

"This is about getting all 50 Senate Democrats on board," Wyden said on a press call with reporters on Monday. "We're obviously going to be talking to colleagues on the other side of the aisle as well. This, in our view, is a path to creating more high-skill, high-wage jobs in America and megacorporations paying their fair share."

Brown said that the 2017 tax reform law "gave corporations, essentially, a 50% off coupon on their taxes if they move production overseas."

According to a Senate Finance Committee Democratic framework titled Overhauling International Taxation, "instead of juicing corporate profits and pushing factories offshore, these proposals put the focus back on American workers and reward businesses investing in the U.S."

The senators are seeking to raise the GILTI rate and make both the GILTI and FDII rates the same.

"The architects of the 2017 tax law could not help but put the thumb on the scale for offshoring income, by making the GILTI rate (10.5 percent) lower than the FDII rate (13.125 percent). If FDII remains, regardless of what the final GILTI and FDII rates are, those rates should be equalized," reads the framework.

The senators were asked on the press call if they support a corporate tax rate increase to 28%, as President Biden has proposed to partially fund his $2 trillion infrastructure and jobs plan.

Brown said he personally supports 28%, but added that he's open to negotiation with others in the Democratic caucus to settle on a specific rate.

"I support the 28, personally, but I think we'll work those things out," he said.

Warner argued that the current 21% corporate tax rate is too low but emphasized that the U.S. doesn't need the highest rate in the world.

"We can make the case that we want American business to be competitive with anyone in the world, but that doesn't mean we need to be the highest, by any means, tax rate in the world," said Warner. "But it does mean that we ought to align the incentives so that companies, when they're deciding where they want to put those research dollars, where they want to do that innovation, will choose to do it in the United States, and I think we can build the kind of coalition that will attract our Democratic colleagues, and, frankly, even potentially even some Republicans."

After Biden rolled out his American Jobs Plan last week, some Republicans said they oppose raising the corporate tax rate.

Wyden said there's "agreement" within the entire Democratic caucus that the 2017 GOP tax reform law is "flawed" and should be changed.

"You've got to work pretty hard to not get a single Democratic vote, neither the Senate or the House," he said. "I mean, my God, everybody likes cutting taxes. They couldn't get a single Democratic vote. Second, there is agreement that megacorporations are not paying their fair share. And we want the jobs here at home, and we want the incentives at home. Now, the specific rate will be part of a larger Democratic Caucus discussion."