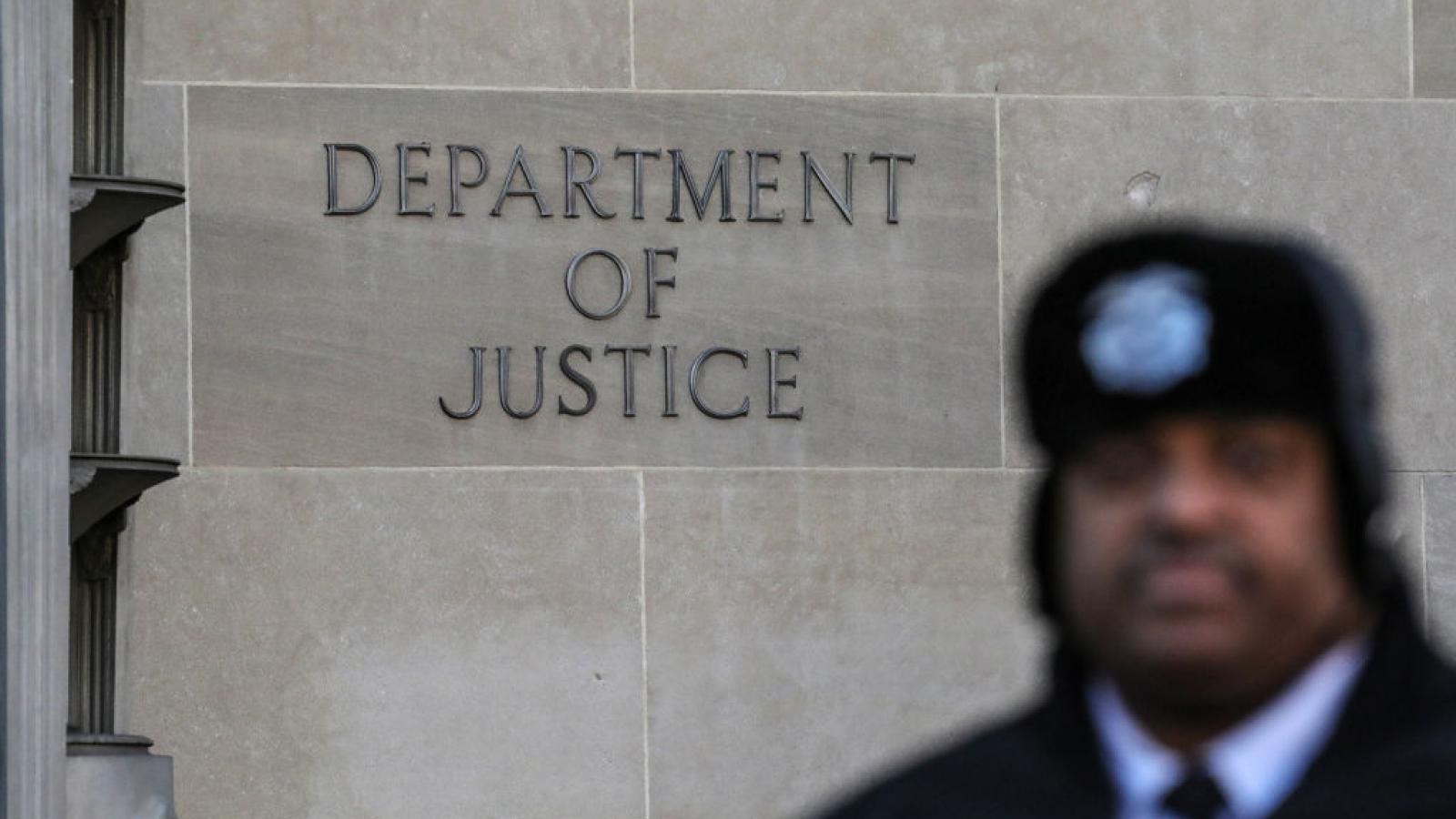 The Department of Justice
(Valery Sharifulin/Getty)
By Sophie Mann

A federal court in New York has unsealed a criminal indictment charing an American TV producer of violating U.S. sanctions imposed on Russia in 2014 after it invaded the Crimea peninsula of Ukraine.

Jack Hanick, a U.S. citizen, has been charged with making false statements in connection with his work for the sanctioned Russian oligarch Konstantin Malofeyev, the Justice Department said Thursday.

"The Justice Department will do everything it can to stamp out Russian aggression and interference," Matthew Olsen, an assistant attorney general for the agency’s National Security Division, said of the indictment.

The department announced the unsealing of the indictment seven days after Russia again invaded Ukraine, roughly eight years after Crimea.

"Malofeyev is closely tied to Russian aggression in Ukraine, having been determined by OFAC to have been one of the main sources of financing for the promotion of Russia-aligned separatist groups operating in the sovereign nation of Ukraine," said U.S. Attorney Damien Williams for the Southern District of New York, where the case is being tried.

The sanctions leveled against Malofeyev prevent U.S. citizens from working for or doing business with the oligarch.

Hanick, 71, allegedly worked for him for several years on TV projects. In 2013, Hanick moved to Russia to help Malofeyev launch a new Russian cable news network – the Russian TV Network.

In February 2021, FBI agents interviewed Hanick, then said he lied  about such work – saying he had no involvement in sanction-violating of which was indeed aware, according to documents.