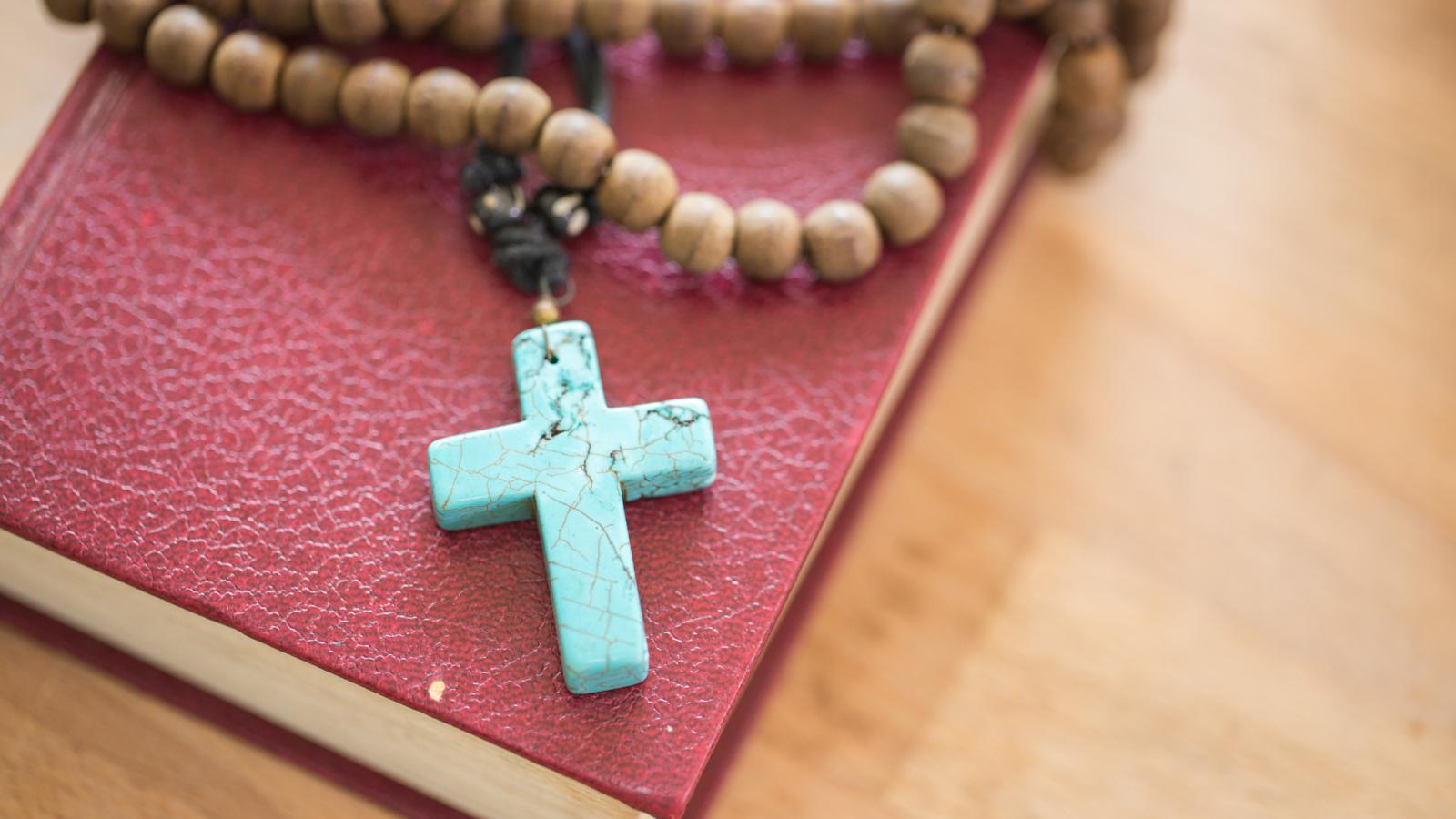 A Bible with a rosary
(krisanapong detraphiphat/Getty)
By Greg Piper

For the second time this year, the 8th U.S. Circuit Court of Appeals has ruled against the University of Iowa for discriminating against a Christian student club.

Informed by a trial judge that it couldn't selectively apply its "human rights" policy to Business Leaders in Christ (BLinC), the university responded by derecognizing many more religious student groups that require leaders to adhere to their doctrinal teachings, including on sexuality.

The 8th Circuit withheld legal immunity from officials in the BLinC case this spring and seemed poised to do the same in the InterVarsity case, based on oral arguments that highlighted the university's differential treatment of groups based on their beliefs.

In particular, the university took no action against a pro-gay Christian student group, Love Works, that required its leaders to approve of same-sex relationships, the opposite of InterVarsity's requirement.

"Employees of the University of Iowa targeted religious student organizations for discriminatory enforcement of its Human Rights Policy," an action that was "clearly unconstitutional," Judge Jonathan Kobes wrote for the unanimous three-judge panel.

They simultaneously "carv[ed] out exemptions and ignor[ed] other violative groups with missions they presumably supported," he wrote, either turning "a blind eye to decades of First Amendment jurisprudence" or proceeding "full speed ahead knowing they were violating the law."

The panel wasn't convinced by the university's argument that officials made a good-faith error in elevating antidiscrimination principles over the First Amendment.

Kobes cited Justice Clarence Thomas's objection to the Supreme Court refusing to hear a university censorship case from the 8th Circuit that could have narrowed the grounds for qualified immunity.

The longest-serving current justice asked why "university officers, who have time to make calculated choices about enacting or enforcing unconstitutional policies, [should] receive the same protection as a police officer who makes a split-second decision to use force in a dangerous setting?"

The Becket law firm represented both BLinC and InterVarsity. University officials "punished opinions they didn't like and promoted ones they did — all while using taxpayer dollars to do it," said senior counsel Daniel Blomberg. "The good news is that they've been held accountable, and school officials nationwide are on notice."

"The university respects the decision of the court and will move forward in accordance with the decision," spokesperson Anne Bassett told Just the News, declining to answer whether it would seek full-court rehearing or a Supreme Court appeal.

Becket also represented InterVarsity in a similar case against Michigan's Wayne State University. A district court stripped immunity from WSU officials less than a week after the 8th Circuit did the same regarding University of Iowa officials.

That case might not go to appeal. The docket shows the parties "agreed to participate in settlement negotiations" at a June 16 status conference, and at a July 7 meeting "indicated that they would consider settlement discussions" ahead of another meeting.

"Becket is in the middle of fee negotiations," Becket spokesperson Ryan Colby wrote in an email. "There are no damages in that case."

"Picking and choosing what kind of discrimination was okay"

The University of Iowa got itself in trouble by not imposing an "all-comers policy," under which student groups are not allowed to set eligibility requirements for leaders and members. Greek-letter groups and sports teams have long been allowed to discriminate by sex, and affinity groups by race, without enforcement of the human rights policy.

Some religious groups lost that same leeway starting with BLinC in 2017, when a gay student claimed he was rejected for disagreeing with the club's rules against same-sex relationships.

After a preliminary injunction in favor of BLinC, the university scoured its recognized clubs for leadership requirements at odds with the human rights policy but also amended it to exempt sororities and fraternities.

The university claimed that the law was not "clearly established" against the officials' behavior toward InterVarsity, so they deserve qualified immunity — a legal shield against personal liability for their acts as public officials.

The unanimous panel said the district court made clear the university could not single out religious clubs for special review, which is what happened. "The University's fervor dissipated, however, once they finished with religious [registered student organizations]," the judges found.

Noting the administrators ignored the discriminatory leadership requirement by Love Works — founded by the very student rejected by BLinC — Kobes wrote: "We are hard-pressed to find a clearer example of viewpoint discrimination."

The university didn't challenge the district court's finding that its actions were covered by the most exacting form of judicial review, known as strict scrutiny. "That is wise," the panel said, because it served its "compelling interest in preventing discrimination ... by picking and choosing what kind of discrimination was okay."

It gave no reason, for example, for exempting Greek-letter organizations under the amended human rights policy while making no changes for InterVarsity and other disfavored religious groups.