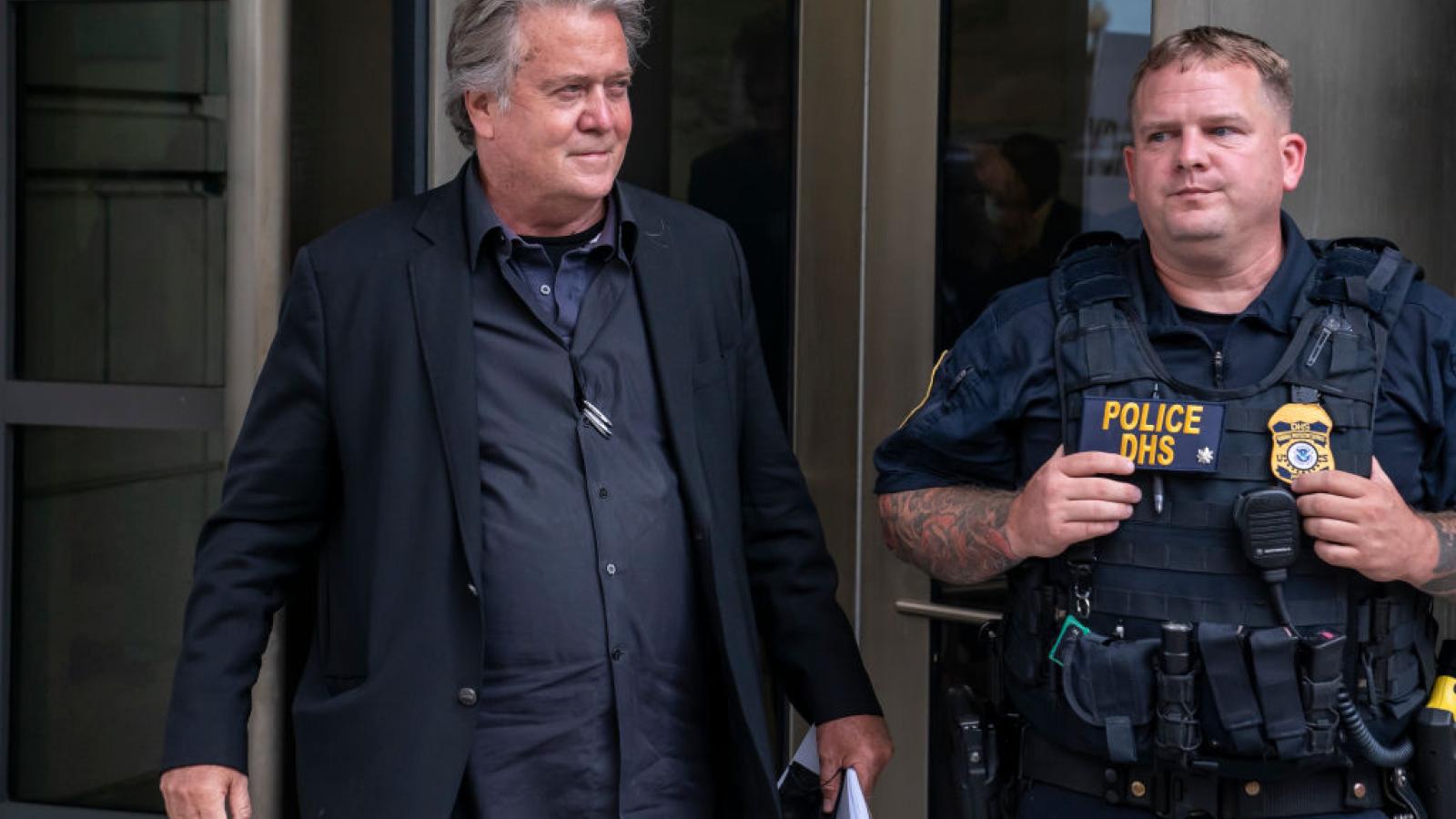 The prosecution in the contempt of Congress trial against Steve Bannon on Wednesday rested its case, providing evidence and testimony that prosecutors say shows the former Trump White House adviser willfully and knowingly ignored subpoenas by the Democrat-led House Jan. 6 committee.

The Justice Department called just two witnesses in the case, which began Tuesday in a federal court in Washington, D.C.

Included were posts from Bannon's Gettr social media account, particularly one in which he announced he'd been subpoenaed in September 2021 and another in which he tells committee members that he would "not comply with their subpoena."

Prosecutors also cited posts in which Bannon shared articles that quoted him saying "I stand with Trump" as motivation for his non-compliance.

During cross examination of Hart, defense attorney Evan Corcoran argued the articles were not Bannon’s words, only words he shared.

The prosecution seeks to prove that Bannon disregarded subpoenas that required his testimony during a sworn deposition and to turn over any documents related to Jan. 6, 2021, Capitol riot.

The defense team in opening arguments Tuesday questioned why Bannon was being charged with contempt for failing to comply with subpoenas while he was still negotiating with the committee that issued them.

Their argument essentially focused on the dates of the subpoenas and whether they had been finalized.

"No one ignored the subpoena," Corcoran said. "Quite the contrary, there was direct engagement" with the committee.

The defense team will begin presenting its case Thursday, which will be followed by closing arguments. The trial is expected to conclude by the weekend.

He also would not allow the defense to make the case that Bannon was protected from having to comply with the subpoenas and testify before the committee because of executive privilege, which former President Trump waived before the trial.

"I do not intend for this to become a political case, a political circus, a forum for partisan politics," Nichols said.

Corcoran said in response that the prosecution "seems to be worried about us turning this into a political circus."

"That's not our intention, and that's not what we did in the opening," he also said.

The prosecution's other witness, Kristin Amerling, the deputy staff director for the committee, attempted to make clear why Bannon is of such interest to the panel and make the argument for why he should be in court, particularly that prior to the riot he made such comments as "all hell was going to break loose," suggesting, she said, he had "some advance knowledge of the events of Jan. 6."

In opening arguments Tuesday, Assistant U.S. Attorney Amanda Vaughn expressed concerns about the defense having "laid the groundwork" in their opening statement for dismissing the charges against Bannon as a politically motivated attack.

"At the end of this case, you might say to yourself that this whole case is just about a guy who refused to show up," she said. "Yes. It is that simple."

She also said: "This case is about the defendant thumbing his nose at the orderly process of our government. It is that simple. Congress was entitled [to the information]. ... He chose to show his contempt for Congress and its processes."

Bannon did not take reporters' questions Wednesday after the proceedings but continued to complain about not being able to subpoena Committee Chairman Bennie Thompson, a Mississippi Democrat, and have him testify.

Does he "really has COVID. Has anybody checked?," Bannon asked. "Or is he just saying he has COVID?"