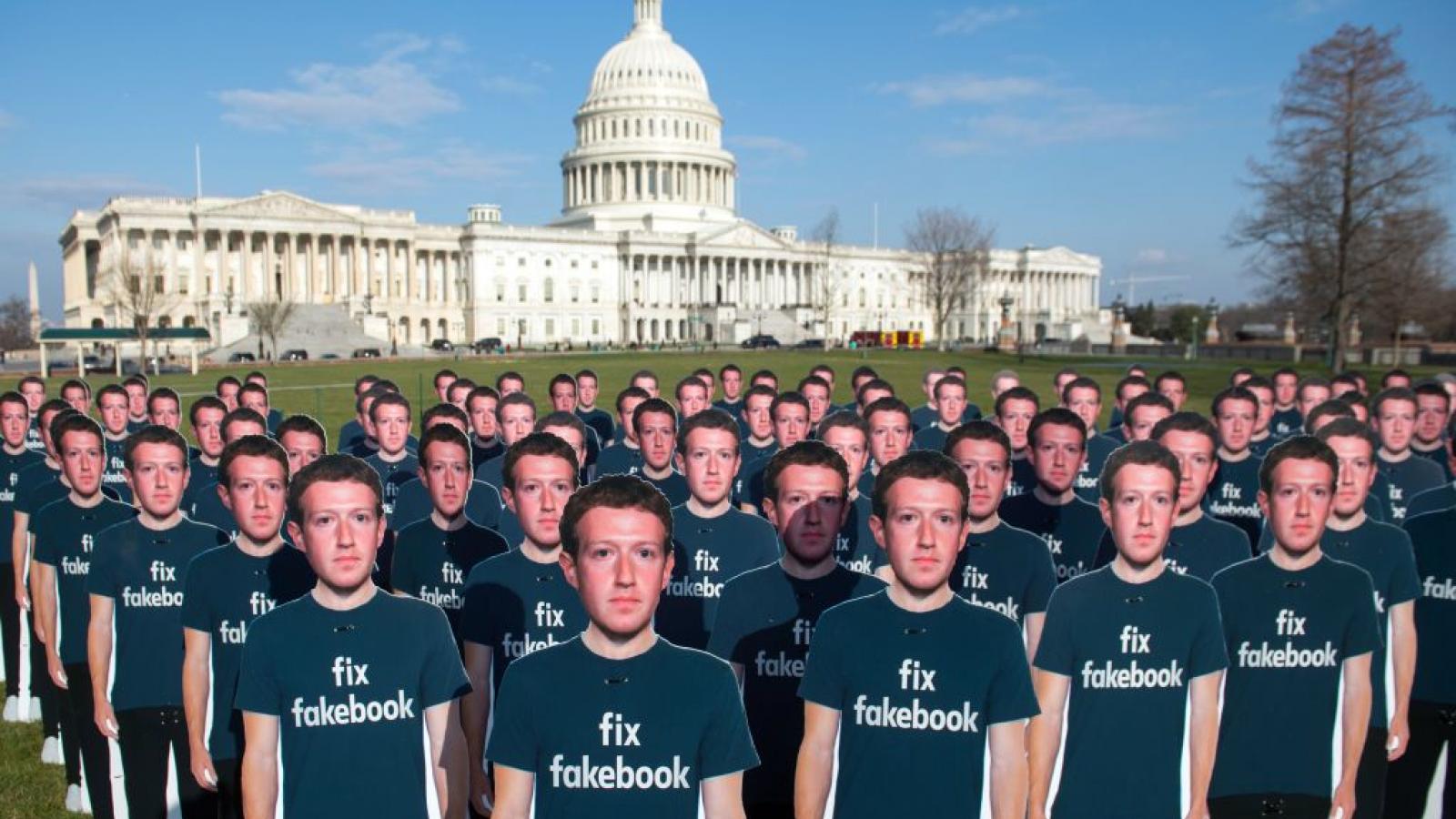 One hundred cardboard cutouts of Facebook founder and CEO Mark Zuckerberg stand outside the US Capitol in Washington, DC
(Saul Loeb / Getty Images)
By Madeleine Hubbard

Washington, D.C., Attorney General Karl Racine (D) on Monday filed a lawsuit against Mark Zuckerberg for not protecting the privacy of Facebook users during the 2016 election's Cambridge Analytica scandal.

In his 33-page filing, Racine accused Zuckerburg, who is the CEO of Facebook's parent company Meta, of failing to protect users from "ambiguous, misleading, and deceptive" privacy practices since 2012.

Racine said his office found "extensive evidence that Zuckerberg was personally involved in failures that led to the Cambridge Analytica incident," where more than 70 million U.S. Facebook users' personal data was used to influence the 2016 election outcome. Facebook already paid a record-breaking $5 billion fine to the Federal Trade Commission for its role in the privacy scandal.

The AG noted, "This lawsuit is not only warranted, but necessary. Misleading consumers, exposing their data, and violating the law come with consequences, not only for companies that breach that trust, but also corporate executives."

The lawsuit charges Zuckerberg with violating D.C.'s Consumer Protection Act by not informing users about how their data was used. He said 852 D.C. consumers downloaded an app used to harvest their data during the Cambridge Analytica scandal. Because the app also tapped into the data of user's Facebook friends, Racine said it took personal information from more than half of all D.C. residents.

Racine is calling for a jury trial and for Zuckerberg to pay restitution and civil penalties for the alleged violations, among other things.

"This unprecedented security breach exposed tens of millions of Americans’ personal information, and Mr. Zuckerberg’s policies enabled a multi-year effort to mislead users about the extent of Facebook's wrongful conduct," he wrote in a press release.

The attorney general said the lawsuit will show corporate leaders that they "will be held accountable for their actions."

Facebook will likely move to dismiss the lawsuit, Politico reported.