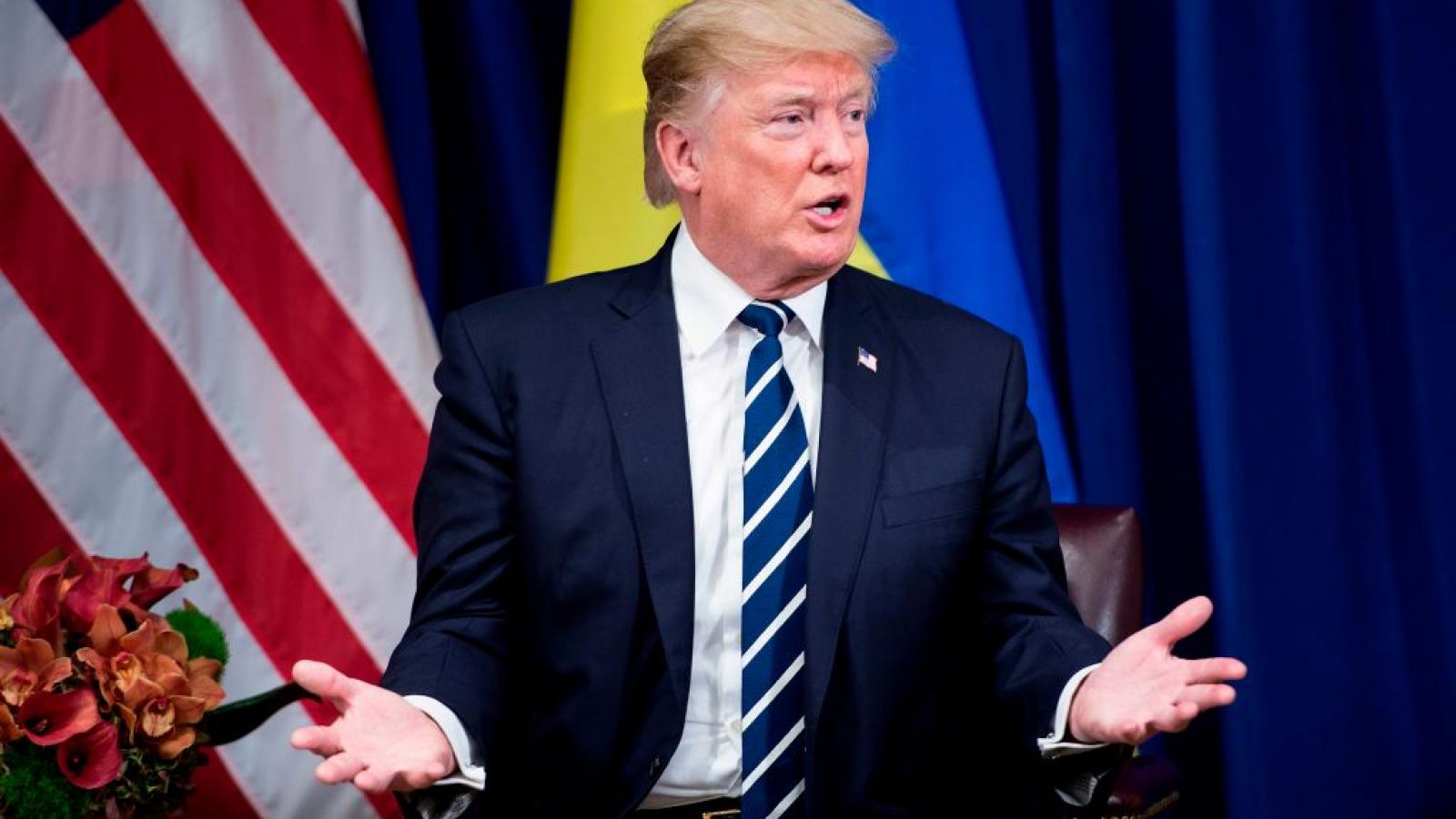 Notes during a 2017 meeting between Department of Justice officials and FBI leadership show the federal law enforcement agency seemingly panicked and went to great lengths to cover up its spying on then-candidate Donald Trump.

Attorneys for former Hillary Clinton campaign attorney Michael Sussmann released the notes ahead of their client's trial in an attempt to clear him on charges that he lied to the FBI.

The notes, released Sunday, came from a March 6, 2017, meeting held two days after Trump tweeted, "Terrible! Just found out that [Barack] Obama had my 'wires tapped' in Trump Tower just before the victory. Nothing found. This is McCarthyism!"

Then-DOJ official Mary McCord wrote at the meeting that the FBI is "trying to determine what is behind POTUS tweets."

Sussmann's attorneys introduced the notes because FBI Deputy Director Andrew McCabe wrote that Sussmann provided allegations of Trump's collusion with Russia as a lawyer "on behalf of his client." Sussmann told the FBI six months before this that he was simply acting as a good samaritan.

By the March 2017 meeting, the FBI knew that the Trump-Russia collusion claims were almost certainly false.

The notes show that the FBI doubled down on its collusion claims and kept key facts hidden from DOJ officials at the meeting.

For example, McCabe wrote that the Carter Page FISA warrant was "fruitful," when the Justice Department Inspector General later found "significant errors" in the applications.

As Sussmann's court date approaches, a  judge on Saturday limited special counsel John Durham from using evidence of Sussmann's alleged "joint venture" with the Clinton campaign and other Democratic operatives during the trial.