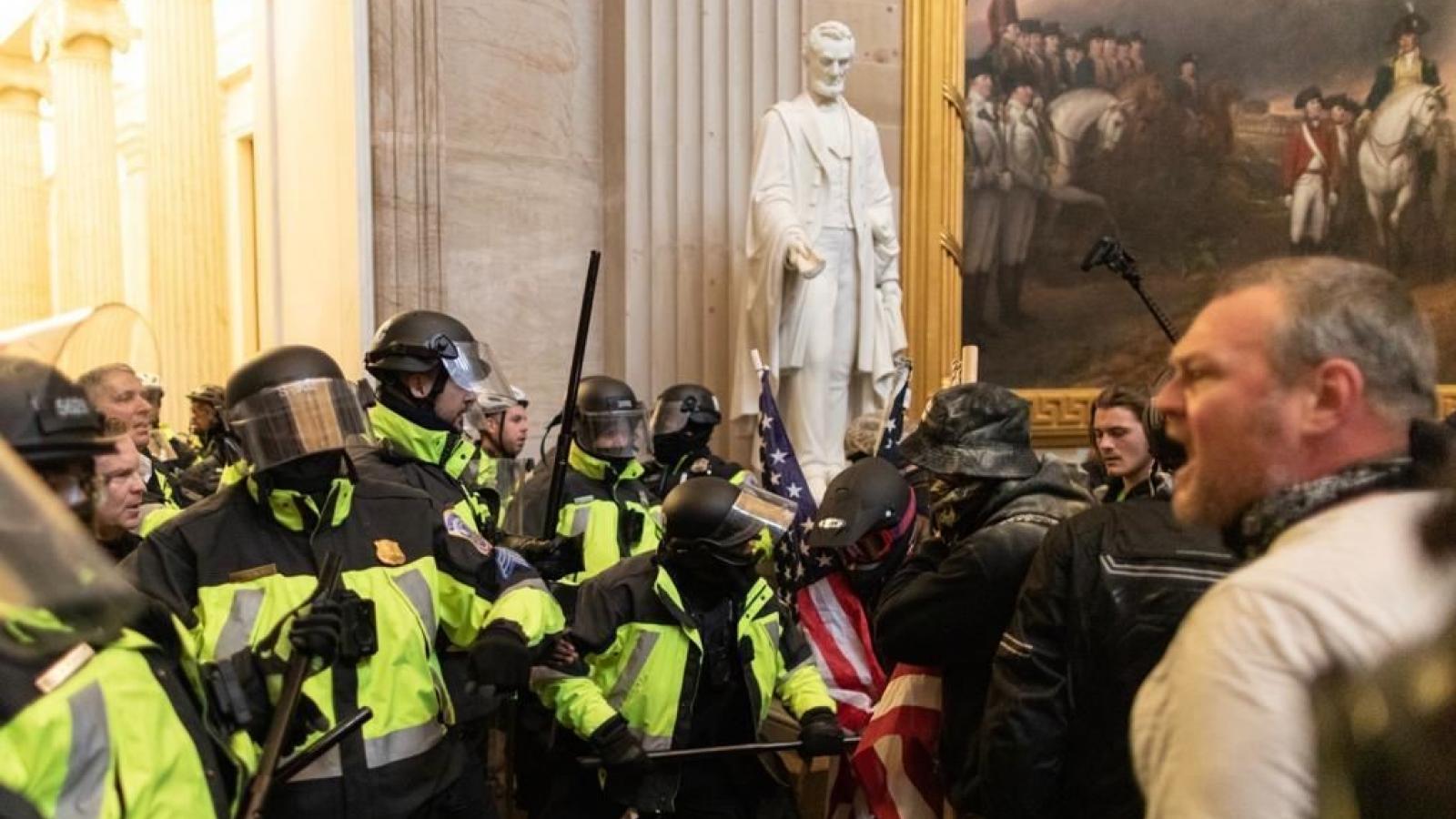 He was convicted on all seven charges, including disorderly conduct at the Capitol and civil disorder, according to the Department of Justice.

Rathbun responded by slapping Webster in the face using the back of his hand, as shown on film.

Webster then took a flag pole and proceeded to swing at officers.

He then tackled the D.C. police officer to the ground and pulled off his gas mask, the video shows.

"Don’t let the defendant off the hook for what he did that day," he said.

Webster faces up to 20 years in prison. He was the first Jan. 6 defendant to stand trial for assault.

Webster served as an NYPD officer for 20 years before retiring in 2011, the Post noted.