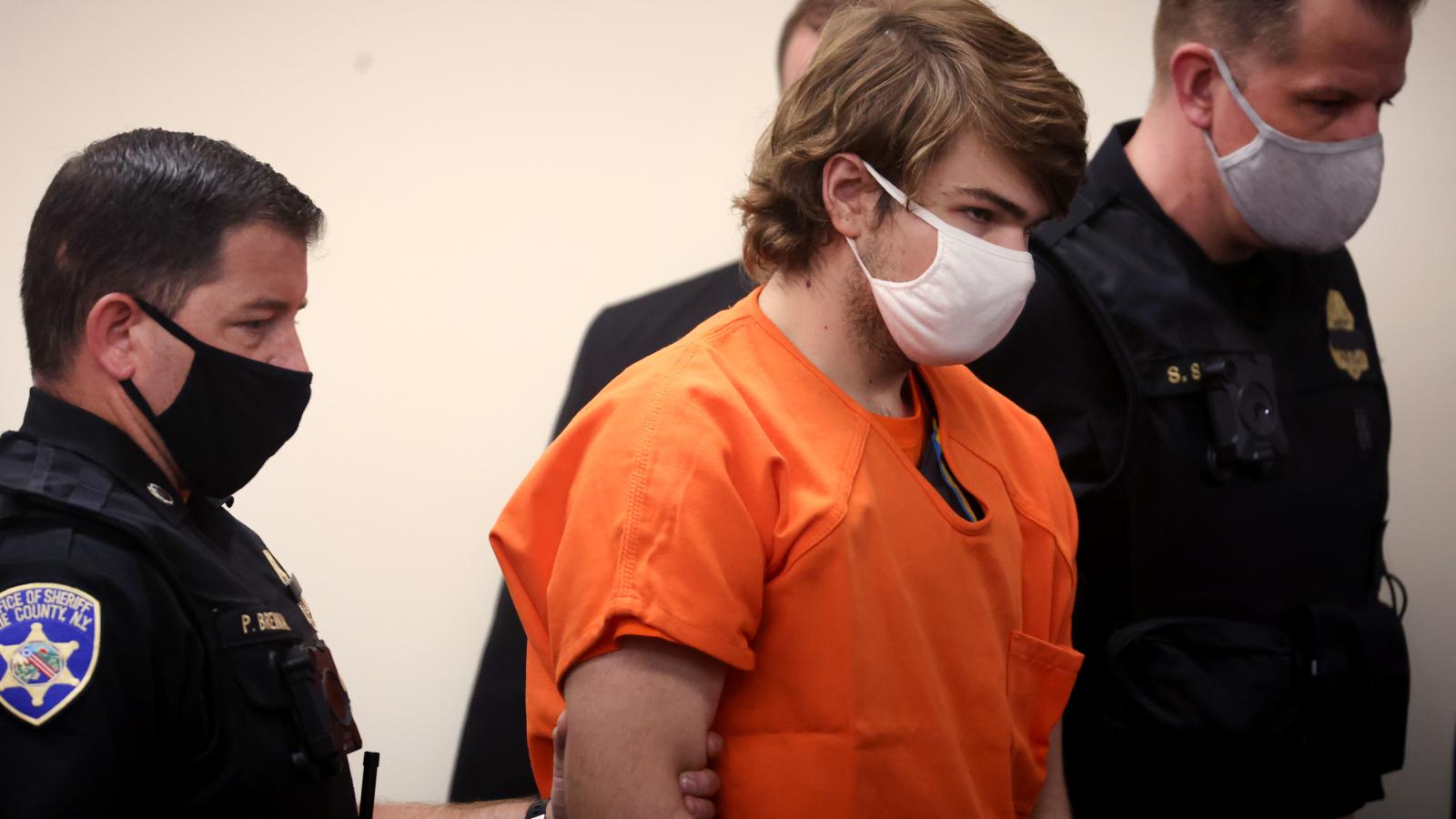 Payton Gendron arrives for a hearing at the Erie County Courthouse on May 19, 2022 in Buffalo, New York. Gendron is accused of killing 10 people and wounding another 3 during a shooting at a Tops supermarket on May 14 in Buffalo.
Scott Olson / Getty Images
By Just the News staff

A grand jury on Wednesday indicted the white teen who allegedly killing 10 people last month by gunfire at a Buffalo supermarket with domestic terrorism.

The 25-count indictment against 18-year-old Payton Gendron also includes charges on weapons possessions, 10 counts of murder and attempted murder as a hate crime, according to the Associated Press.

Gendron has been in custody since the May 14 shooting and is scheduled to be arraigned Thursday in Erie County Court.

Gendron had previously been charged with first-degree murder in connection with the shooting, which also injured three people.  He has pleaded not guilty.

Federal authorities also are investigating the possibility of hate crime charges against Gendron, who reportedly detailed his plans and his racist motivation in hundreds of online pages of writings shortly before the shooting. The attack was live-streamed from a helmet-mounted camera, the wire service also reports.